The Year of Zelensky: Ukrainians Are Becoming More Optimistic

Almost half of Ukrainians believe that the country is heading in the right direction. It is over twice as much as a year ago. This is the most visible manifestation of the so-called “Zelensky effect”. The new young president has filled his fellow countrymen with hope and optimism. It all started with a successful presidential campaign, followed by a crushing victory in the parliamentary elections and, most recently, quite a successful autumn in foreign policy: first and foremost, of course, in relations with Russia. Volodymyr Zelensky managed to lead to the Normandy summit and to prevent the outbreak of a gas war. Although the conflict with Russia is still far from being resolved, the new president was able to convince his fellow countrymen that the war can be de-escalated and that peace is possible in the future. However, this can only happen if the Kremlin changes its current position. 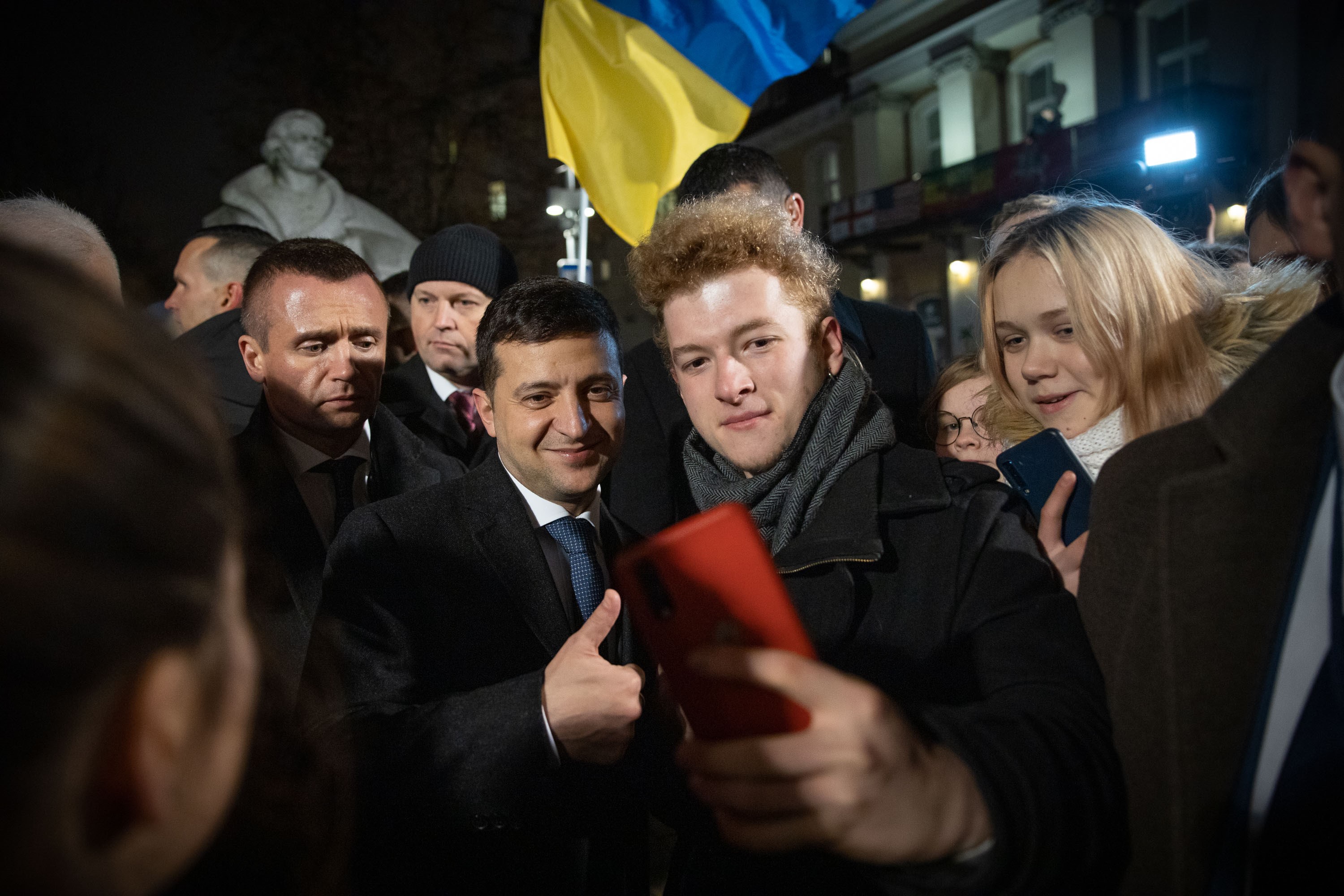 According to a poll published on December 26 and conducted by the Foundation for Democratic Initiatives and the Razumkov Centre, 44% of Ukrainians respond positively to the question of what direction the country is heading in. A year ago, only 26% of respondents positively assessed the future of Ukraine, while as many as 70% said that the country was heading in the wrong direction. More than one-third of interviewees said that the economic situation of Ukraine will improve in the next 2-3 years. It should be noted that there is a growing belief that the best option to ensure security in Ukraine would be to join NATO. 51% of Ukrainians believe so now. A year ago, it was 46%, and in 2017 – 38.5%. According to the poll, out of all the important events of 2019, the presidential and parliamentary elections come first (58%). Among the events of secondary importance are: the release of war prisoners (8%), followed by the Normandy summit (5%), the granting of autocephaly to the Ukrainian Orthodox Church (2%) and the introduction of market principles for land trade (2%). The list of these events alone implies that choosing the politician of the year comes as no surprise. The same poll suggests that Zelensky is the politician of the year, at least according to 46% of respondents. Moreover, another poll conducted by the “RATING” Sociological Group indicates that Zelensky has also been named as the politician of the year 2019 (47%).

Zelensky has taken steps to reform the agriculture sector and to privatise state resources – this allowed him to conclude a new loan agreement with the International Monetary Fund. The president has also taken a series of steps received by the public as a means to increase the transparency of public life and to fight against corruption. As regards foreign policy, it was possible to avoid a new gas war with Russia and to reduce tensions on the Donbass. The release of dozens of Ukrainian war prisoners and hostages captured by Russia and the Moscow-backed separatists (two large prisoner exchanges) was very well received in the country. It seems that Zelensky’s ratings will be high for quite a while. After the end of 2019, it is hard to expect a sudden breakdown in relations with Russia. In any case, the president can always blame the occurrence of any potential economic and social problems on the government.