Tensions are running high between Viorica Dăncilă and Călin Popescu-Tăriceanu. For those who are little oriented in politics, the former serves as Romania’s Prime Minister hailing from the Social Democratic Party (PSD), while the latter is the chairman of the coalition party of the Alliance of Liberals and Democrats (ALDE). The situation is still developing; nothing may result in its aftermath, but this may equally lead to the ruling coalition being broken and establishing a minority government. 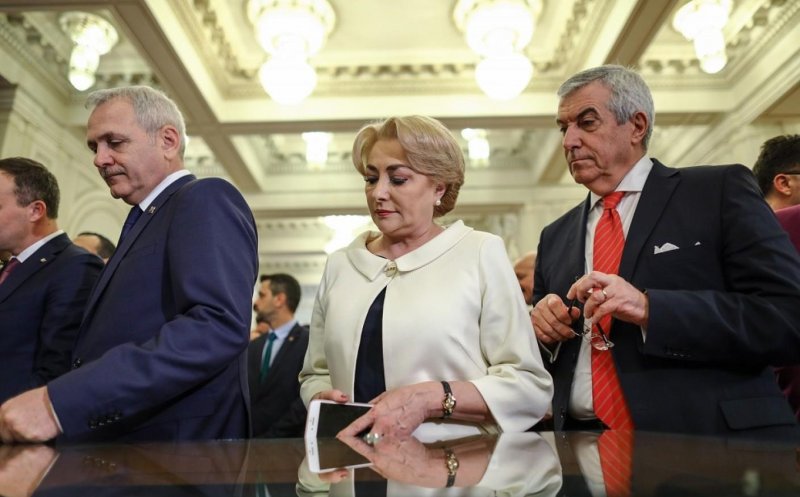 It has all started with a few instances of what recently said Călin Popescu-Tăriceanu, though quite unfortunately. And this does by no means come as a surprise as the Romanian politician got notoriety for his biting tongue, also when he briefly said that facing complex U.S-Romanian and Romanian-German bilateral ties one should “suck bigger d***.” In one of the latest interviews, he admitted that Romania’s government performs its duties just for the sake of them, ministers are incompetent while neither he nor his fellow party members needs to hold relevant posts to be happy. Prime Minister Viorica Dăncilă, in her turn, said in the media that ALDE has its ministers in the current government and – while speaking out on what is taking place within the coalition – that Călin Popescu-Tăriceanu might have assessed their achievements. As it later turned out, their public verbal battle was nothing more that one of many facets of a conflict that began to smolder long time ago.

Earlier it was known that bilateral ties between coalition partners are far from being perfect, as seen while handing in party nominations in the run-up for the upcoming presidential election. Initially, PSD and ALDE suggested a joint candidate, but the former has changed its mind, saying that the incumbent prime minister will stand in the elections. For its part, ALDE party members have nominated Călin Popescu Tăricean to be the candidate running for presidency. Polls give them twice as higher support, even though PSD holds the lead of the ruling coalition. It is therefore not surprising that the chairman of Romania’s liberal party felt free to point out errors in Dăncilă’s cabinet, claiming for example that the government is incapable of pushing through any vital projects. And allegations did not put an end to the issue because the ALDE chairman has presented the government with an ultimatum.
Călin Popescu-Tăriceanu has threatened that ALDE will leave the coalition if PSD fails to deliver a detailed program in a push for leading to constructive government reshuffles. This was far too much, all the more that PSD is a leading force in the Romanian parliament. During recent parliamentary elections, the party got over 45 percent of all votes, which made it close to set independent rules. But thanks to a coalition alliance with ALDE, which was backed by slightly more than 5.5 percent of Romanians, it eventually secured majority in the parliament. The leaders of the two parties finally met on Monday, August 19, yet failing to reach an agreement. Dăncilă has already announced that she will not agree to the ultimatum.
The coalition is on the line, and this may act to the benefit of the smaller party. Ahead of the presidential elections, ALDE has a way stronger candidate, PSD’s popularity is in decline for a couple of reasons, with the current government stirring up extreme emotions in the country, and next parliamentary vote is scheduled to take place next year. So this is an excellent occasion to start working on its own.

But what will happen to the PSD party if it loses a coalition partner? It should probably brace for seeking a new ally among other smaller parties, forming a minority government, or agreeing to call a snap election. Much indicates that the last two options are now being envisaged since initial negotiations with other political players have ended in failure.