Wang Yi at the Lanting Forum

During the opening ceremony of the Lanting Forum on September 28, 2020, the Head of Chinese diplomacy – Wang Yi, gave a speech on international order and global governance in the post-COVID-19 era. He presented China’s vision for the world and criticized the US for its attempts to change the current global order, which, as Yi said, brings peace and development to the world. 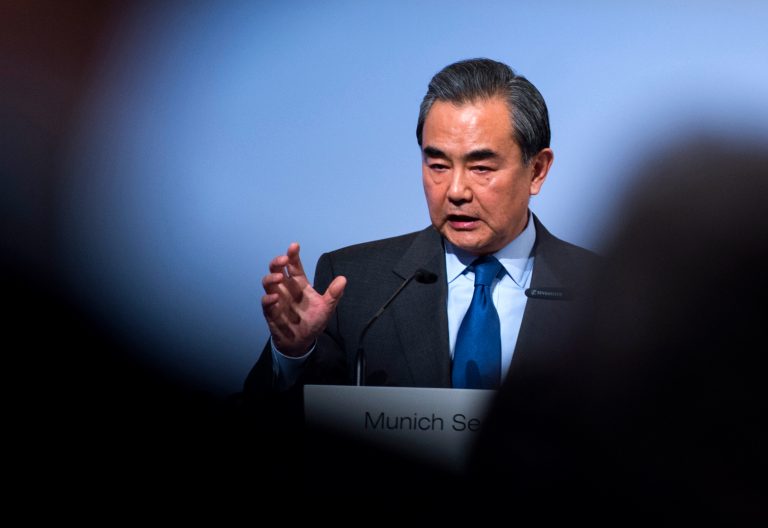 The Lanting Forum was organized by the China Public Diplomacy Association and the Nizami Ganjavi International Center. The participants included nearly one hundred Chinese and foreign experts and scholars. Among the speakers were former Japanese Prime Minister – Yasuo Fukuda and former UN Secretary-General – Ban Ki-moon.

At the beginning of his speech, Wang Yi said that coronavirus is still a problem along with which issues, such as: protectionism, false accusations and unilateralism are growing, and the economy is on the threshold of the worst recession since the Great Depression. He then mentioned the significant role of the United Nations (UN) and, in his opinion, a common belief that “multilateralism is indisputably the foundation and pillar for the current international order.” According to Yi, this argument cannot be questioned, otherwise the world will be plunged into divisions and isolation in addition to possible conflicts. “Solidarity and cooperation are the only way for defeating the virus and achieving recovery,” he stated.

Furthermore, Yi attacked the US. The Chinese minister mentioned a “certain country” that has turned the UN into “a theater for self-serving political shows and an arena to provoke conflict and confrontation and to divide the world.”

He further recalled the speech of the President of the Communist Party of China (CPC) Xi Jinping at the UN General Assembly. He reaffirmed China’s firm commitment to support the UN, safeguard multilateralism and build a community of a common destiny.

He then mentioned four visionary points about the future of cooperation in the world. Firstly, all countries, just like China, must jointly uphold peace and development. Other countries should not seek their own security at the expense of others’ or deny other countries’ right to development with bullying practices. Secondly, all countries must jointly defend the universal values of fairness and justice. As he said: “In modern times, old China suffered from countless amount of bitter humiliation and injustice.” He added that China respects the five principles of peaceful coexistence and never interferes in the internal affairs of other countries. Thirdly, all countries must stay on the right path to move forward with solidarity. According to Xi Jinping, only solidarity can help us win in the battle against COVID-19. Unfortunately, as he notes, some people cause divisions, pushing the world towards an ideological confrontation and a clash of civilizations. Fourthly, all countries must keep to the right direction of openness and cooperation. Wang Yi said that we must strengthen our commitment to build an open world economy, uphold the central role of the WTO, and ensure the stable and smooth operation of the global supply chains.

Finally, the minister listed the actions that China will take in the upcoming months. These include: fighting against COVID-19, supporting the UN and the WTO, signing further trade agreements, collaborating on the Belt and Road projects, promoting sustainable development, energy conservation and CO2 emission reduction, engaging in problem resolution in hotspots around the world (e.g. the issue of nuclear weapon in North Korea and Iran, Afghanistan, Syria) as well as the Middle East Peace Process.

The speech was an opportunity to present China as a peaceful and sensible partner to lead in the 21st century. In his speech, the minister often returned to the issue of multilateralism, which is crucial for Beijing in the face of “creeping” decoupling. In his speech, he did not directly criticize the United States, but it can be presumed that the passages about ideological war, unilateralism or the unfounded accusation of others were specifically about Washington. According to Yi, such practices could lead even to an international armed conflict. In line with his earlier statements, he maintained the central role of the UN and the WTO in world development. This should not come as a surprise as both organizations and the current international order, which the Americans are allegedly trying to change, allow Beijing to maintain its status quo and develop steadily. It is also hard not to be critical of China’s calls for peaceful coexistence and love of peace when border clashes with India continue and violations of Taiwanese airspace or foreign waters in the South China Sea repeat.