Russian war veterans have recently sent an appeal for the legalization of private military companies in the country. The statement ended “conspiracy of silence” on the issue. In addition, it coincided with some information about a new Russian private military company operating in Syria. It seems that its emergence marks the beginning of a new battle between institutions and entities willing to control Russian mercenaries; thus, there is a conflict between the Russian army and the GRU on one hand as well as the FSB and Putin’s oligarchs on the other. 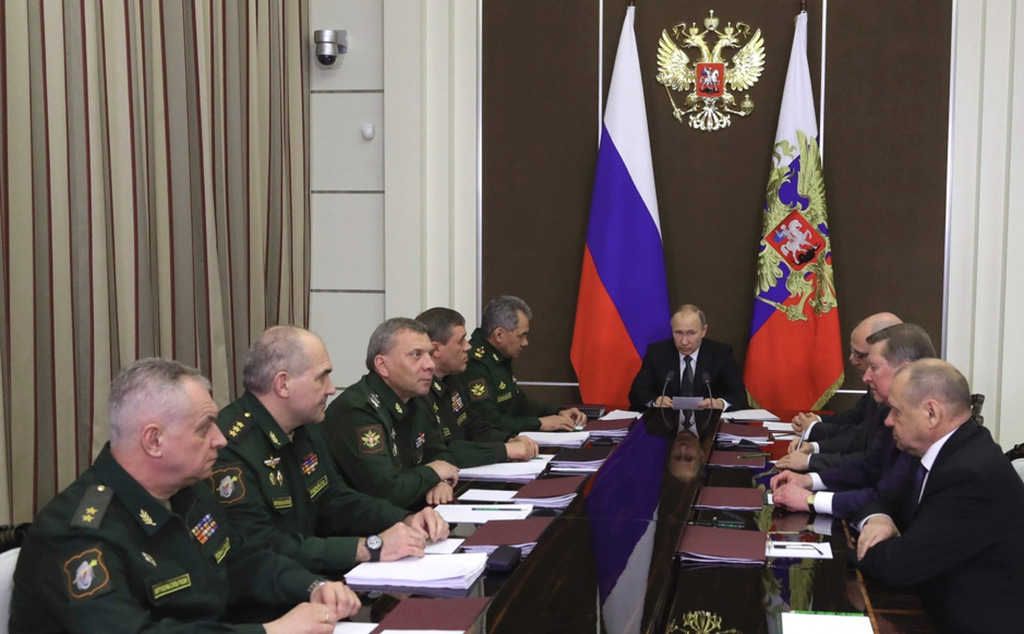 The Wagner Company has become so “famous” and, even if Moscow does not accept his type of “private initiatives”, it does not come as a surprise that its contractors follow the Kremlin’s orders while a new “private military firm” was deployed in Syria. Patriot, as such name was given to the military group, has been mentioned in a petition sent to the presidential administration. As revealed by Russia’s independent news channel Rain TV, it is all about the statement on legalizing mercenary work issued by a group of Russian war veterans. In their petition, retired Colonel General Leonid Ivashov and Colonel Vladimir Petrov (head of the “Honor and Motherland” international public organization) as well as an ataman Yevgeny Shabaev (chairman of the All-Russian Officers’ Assembly) have written that it is high time to legalize such military groups as the Wagner Company or the Patriot. Under Russian law, it is illegal to conduct any mercenary activities. However, the authors of the petition have emphasized that such organizations involve the participation of former Russian soldiers who are then supported by various “specialists” from the GRU as well as by military lawyers and special forces. Moreover, the aforementioned retired military officials argue that heads of mercenary firms get state awards as well as they are offered some attractive contracts whereas ordinary soldiers have no right to any help from the government as well as they may be even imprisoned. In addition, their tasks, carried out in accordance with the Russian raison d’état, are commissioned even by the state authorities. The letter was sent to the presidential administration as well as to the Supreme Court. War veterans also mentioned that, apart from Patriot, brand-new private mercenary companies have already been operating in such countries as Libya, Yemen, Sudan and even Brunei. One of such entities is now providing security at the construction of a Russian bank in Burundi while its activities are coordinated jointly by Russia’s Foreign Ministry, the army and the FSB.

Kremlin spokesman Dmitry Peskov announced that the presidential administration would consider a petition to recognize mercenaries. Nonetheless, it will not be so easy. Even though in 2012, the then-Prime Minister Vladimir Putin admitted that private military companies constituted an instrument aiming to realize national interest with state’s direct participation, private contractors’ activities have not been legalized since then. In 2014, the law was not adopted as it was blocked by the lobbyists of the Defense Ministry: the FSB would be responsible for both licensing mercenaries as well as exercising control over them. According to the critics of the Act, such move would provide Lubyanka with a private army composed of thousands of experienced soldiers. The case has re-emerged only this year. In January 2018, Russia’s Foreign Ministry Sergei Lavrov tackled the issue of legalizing mercenaries, which resulted with a bill prepared by the State Duma. But it has not been passed, though; it aimed to provide the army with control mercenaries. Due to this fact, the FSB lobbyists used their best efforts to hamper the work on the bill. The recent appeal of the Russian war veterans, as well as the emergence of the Patriot military organization, mean that the GRU lobby along with the army will once again try to force through the legalisation of mercenaries in a way that would make it possible to control contractors by the latter.

The aforementioned Patriot military firm is in competition with the Wagner Company. It is closely linked to Russia’s Defense Ministry. As for the Wagner Company, it is allegedly financed and controlled by Evgeny Prigozhin, a businessman belonging to Putin’s inner circle. Recently in Syria, there have been some tensions between mercenaries from the Wagner Company and Russian troops. Patriot offers better soldier’s pay as well as equipment and training that its “rival”. In addition, both companies have competed for a contract to provide security at gold mines located in the Central African Republic. Eventually, the tender was won by the Wagner Company.