The Visegrád Group: On the Eve of the Polish Presidency in the V4

Next year, still during the Polish presidency, we will be celebrating the 30th anniversary of the establishment of the Visegrád Group (the Visegrád Four, or V4), an unexpectedly lasting alliance of four Central European countries. 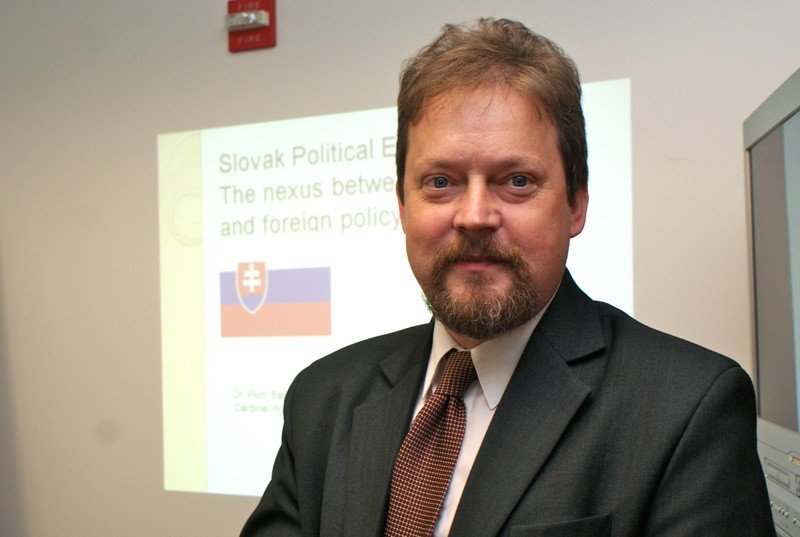 The signing of Declaration on Cooperation Between the Czech and Slovak Federative Republic, the Republic of Poland and the Republic of Hungary in Striving for European Integration on 15 February 1991 was a spur-of-the-moment event, not the result of numerous meetings and well-thought-out action plans. It may be hard to believe today, but the Visegrád Group might have never been formed. If one day someone comes up with the idea to erect a statue to the creator of the V4, then Václav Havel should be placed on the pedestal, though a little against his will and somewhat by chance. Why him, one might ask? First and foremost, because it would have been difficult to expect Lech Wałęsa to come up with such forward-looking ideas, attempting to construct something beyond the surrounding reality. This could be done only by a man for whom such activities were his bread and butter. As an author of plays performed both legally and illegally on stage, Havel was used to writing roles for actors. When in December 1989 he became President of Czechoslovakia (the country split into two separate states in 1993), the only thing that changed was the actors to whom he assigned new roles, the roles of politicians. But why do I think that the V4 might have never been established? Well, Havel’s first attempt to set up some kind of a regional organisation was a conference held in Bratislava in June 1990, during which the president of Czechoslovakia stated that Central Europe should be organised around the Danube countries, emphasising that Poland belongs to the world of Northern Europe located in the Baltic Sea region. The Polish delegation present at the conference, led by Prime Minister Tadeusz Mazowiecki, did not know how to respond to such a proposal.

However, just over half a year later, the very same director became a firm advocate for the establishment of a new regional group, though this time, in a completely different configuration, comprising of Poland, Hungary and Czechoslovakia. It seems only reasonable to ask oneself what happened between June 1990 and February 1991 that Havel changed his mind so radically. The main reason behind the lack of an initial invitation for Warsaw was the Czechs’ fear of being dragged into unresolved problems in Polish-German and Polish-Russian relations. However, due to, on the one hand, the lack of support from Austria for Havel’s original project and, on the other hand, the increasingly visible process of the breakup of Yugoslavia, there was a need to have a bigger partner on board, as the Czechoslovakian-Hungarian alliance per se would not last long. The only thing that Havel had yet to do was to protect his country against Warsaw’s domination in the new configuration, as Poland itself was almost twice as large as the other two countries combined as far as population and territory are concerned. That is why, when signing the declaration, it was stated that the Visegrád Group would not be institutionalized and would not turn into an international organisation with a functioning secretariat or an elected chairman. Thanks to this, Prague and Budapest did not feel threatened by Warsaw’s dominance, because all decisions were made on the basis of consensus, that is, unanimity.

The lack of institutionalisation of the Visegrád Group has its risks and rewards. On the one hand, it provides a chance to act in a very flexible manner and to adapt to ever-changing conditions, but on the other hand, the lack of regulations of functioning within the V4 means that its activity depends on the leaders of the member countries. That is why the Visegrád Group has already been put to rest several times. The most severe crisis arose shortly after it was established, that is, in the years 1993-1998, when after Czechoslovakia split into the Slovak Republic and the Czech Republic, the then leaders of both countries (Vladimír Mečiar and Václav Klaus) decided that the V4 was of no use to them. However, when it turned out that the Czech Republic was not immediately admitted to the European Union and Slovakia found itself internationally isolated, then the restoration of cooperation in the Visegrád format proved to be an important instrument for supporting the foreign policies of the individual countries. This revival of the Visegrád Group’s work resulted in the establishment of the International Visegrád Fund, which since 2000 has been financing various projects strengthening ties between the countries of the region and, above all, important coordination instruments. In mid-2000, Poland assumed the first year-long presidency of the V4, which became the mechanism for organising the work of the Visegrád Group. After Poland, the group’s rotating presidency is taken over by the Hungarians, then the Slovaks and, last but not least, the cycle ends with the Czechs. The programme of the first presidency was limited to two A4 pages, now, however, such programmes are several dozen pages long and include a list of proposed priorities and planned meetings. Each of the countries taking over the V4 presidency wants it to be a time to resolve important problems.

The same is true for the upcoming Polish presidency of the Visegrád Group, which will start on 1 July 2020 and last until the end of June next year. It will be important to use this time to demonstrate regional solidarity when negotiating the new long-term budget of the European Union and to show the V4’s support for the aspirations of the Western Balkan countries to become members of the EU and NATO. Although providing support for the membership aspirations of the EU and NATO candidates as well as cooperation within the European Union is something inherently inscribed in the Visegrád format, today yet another dimension of cooperation seems to pose an urgent challenge. The time of the upcoming Polish presidency should be devoted to strengthening V4 cooperation in the area of counteracting hybrid threats coming from the Russian Federation, in particular, the attempts to distort history. It has become clear from the Kremlin’s recent actions that one of the main goals of Moscow will be to turn everyone against one another. Therefore, either we will stand in solidarity, or lies will prevail.

Piotr Bajda, Ph.D. – Cardinal Stefan Wyszyński University Professor, has been a university lecturer at the Cardinal Stefan Wyszyński University (UKSW) in Warsaw since 2007. In 2006–2013, he was a research fellow at the Institute of Political Studies of the Polish Academy of Sciences. From 2000 to 2004, he served as a vice-director of the Polish Institute in Bratislava; in 2005–2009, he worked at the Centre for Eastern Studies. In 2013–2016, he held the position of a Polish representative of the International Visegrad Fund.