USA before negotiations with Russia in Geneva

Negotiations between the United States and the Russian Federation begin in Geneva on Monday, January 10. The topic of talks between representatives of both countries is the security of Ukraine and the entire region of Eastern Europe. 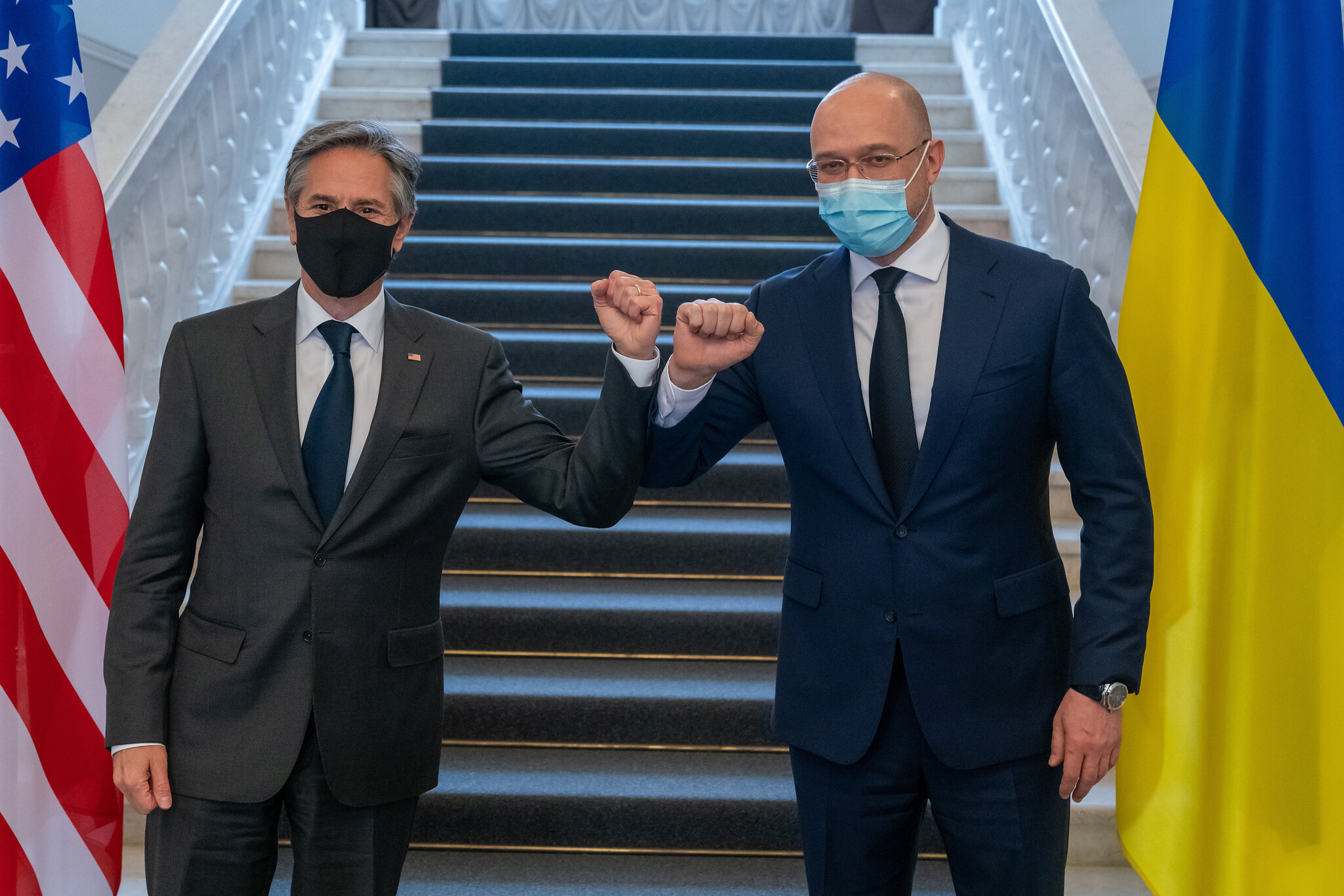 According to President Volodymyr Zelensky, about 100,000 Russian soldiers are currently stationed at the Russian-Ukrainian border. This is confirmed by media and press releases of most news editorials. Some reports give slightly lower figures, but the fact is that Russian troops are sat up in the eastern and south-eastern border zones of Ukraine. The statement by former CIA Director and US Secretary of Defense Leon Panetta gains credibility again. In 2016, he said: “Putin’s main interest is to try to restore the old Soviet Union. I mean that’s what drives him.” In the matter of a potential conflict in eastern Europe, the United States is intervening,but has been maintaining distanced actions supporting the Ukrainian state. The first real step on the part of American diplomacy may be Monday’s talks with their Russian counterparts in Geneva. Later on, another series of negotiations will include involvement of NATO, the European Union and the G7 countries.

United States actions in the region

The talks with the Russian Federation are one of the most uncertain moments for the United States since the collapse of the Soviet Union. By surrounding part of the Ukrainian border, Russia poses another threat to the integrity of that country, thus continues its involvement in the region since the annexation of Crimea in 2014. Before the two countries’ diplomacy met in Geneva, the United States showed signals that it supported the integrity of Ukraine’s territory. The Ukrainian border guard said in a statement that in January American support projects worth 20 million dollars have been launched. These include the purchase of video recording systems and drones, as well as personal protective equipment for border guards.

In late December, US Secretary of Defense Lloyd Austin also decided to keep the USS Harry S. Truman aircraft carrier in the Mediterranean region. The United States Naval Institute cites a Pentagon official who said that the aircraft carrier decision is intended to reassure European allies of US commitment to security in the region. Indirect actions, however, are relegated to the background in the face of the negotiations between the United States and the Russian Federation, which began on Monday.

In the days leading up to the negotiations in Geneva, information about the possible negotiating tactics of American diplomacy was launched by leading American media. Sources from NBC News (an official in the current administration and two former US national security officials) indicated that discussions could potentially cover the scope of military exercises by both powers, the number of US troops stationed in the Baltic states and Poland, advance notification of the force movement, and Russian Iskander missiles nuclear capabilities on the Russian territory of Kaliningrad between Poland and Lithuania. According to the sources, limiting the number of US troops in the Central and Eastern Europe region would be associated with a properly scaled demilitarization of the region on the Russian side.

However, after the publication of this information, White House spokeswoman for National Security Emily Horne denied reports that the US would consider reducing the number of soldiers stationed permanently in Poland and the Baltic states. US Secretary of State Antony Blinken also referred to this issue. According to the head of American diplomacy, several hours before the official start of talks with Russia, both the issue of proportional limitation of military personnel on both sides and the exclusion of Ukraine from NATO accession negotiations is currently beyond the negotiation area.

There are two possible paths in the dialogue between the United States and the Russian Federation. The first is the path of peaceful negotiations, dynamic and effective diplomacy, and common concessions in the name of international peace. The second is a way of confrontation which, in case of aggression against Ukraine, may have serious consequences for the Russian Federation, and with it, also for the Baltic region. In Geneva, the US administration will want to propose the first negotiation option, but it is not a foregone conclusion that Russia will accept this method of solving Ukraine’s security issue.

The potential consequences for the Kremlin administration will be divided into economic and military actions. The sanctions and economic restrictions imposed on Russia may be associated with a huge economic threat to the countries of the region of Central and Eastern Europe. If the United States imposes sanctions on Gazprom or the Central Bank of the Russian Federation, the effects of these actions will affect the entire region, including through a potential increase in gas prices. On this issue, the US Secretary of State made a precautionary statement that “nothing about Europe will be decided without its participation in the negotiations.” Antony Blinken also announced in Sunday’s interview with CNN that in the event of a military conflict, the G7, European Union and NATO countries are also willing to impose other types of sanctions on Russia.

The military consequences for Russia will be associated with additional US support for Ukrainian troops. For several weeks, at Joe Biden’s desk, an ordinance providing $ 200 million for the supply of equipment and armaments for Ukrainian soldiers has been waiting for the signature. The document appears to be a fallback option in case the Russian Federation is not willing to compromise in Geneva. Presidential National Security Adviser Jake Sullivan emphasized in mid-December that the $ 200 million project had nothing to do with the planned US response in the event of an actual Russian invasion of Ukraine. This is only intended to be the beginning of the US response in the region.

When assessing the dispute between the United States and the Russian Federation over Ukraine, it is worth noting that this is a key area for both sides. For the USA and NATO, a sovereign Ukraine constitutes a kind of “security buffer” between the European Union and the Russian Federation. For Vladimir Putin, Ukraine, subject to Russia, is not only an object of efforts to restore the area of the former Soviet Union, but also a protection against possible attacks by the West. By learning from the history of relations between the two countries, the Russian president may wish to avoid closer American (NATO) involvement near his borders. A similar situation, but on the other side, took place in the Cuban crisis in 1962. The USSR placed its nuclear potential in the Bay of Pigs, posing a direct threat to the territory of the USA. Despite the existing US-Russian agreements as part of the “New START” pact, Putin wants to distract the immediate threat within a radius of several hundred kilometers from Moscow.

The talks in Geneva do not announce a revolution in Washington-Moscow relations. They also do not mean a certain solution to the dispute over the security of Ukraine. Rather, it will be an opportunity for both sides to present their demands directly. The key to the agreement seems to be a compromise based on symmetrical concessions. If the United States and its European allies decide to address issues of key importance to the Russian Federation, they will expect similar steps on the other side of the dispute. Soft diplomacy, however, cannot be forced at all costs, and the United States must remember the second option, based on military diplomacy. Neighboring countries where US troops are stationed will also play an important role in the further negotiations. The distance of the Biden administration to the direct support of Ukraine so far was supposed to be an attempt to cool moods and build a basis for negotiations with the Russian Federation. In the current situation of crisis and the involvement of Russian troops in Kazakhstan, the Kremlin must divide its attention on at least two key fronts. This may prove to be the path to the success of determined American diplomacy in the talks. The future of US-Russia relations, as well as the way in which the dispute is resolved, depends entirely on the attitude and settlement possibilities of the Kremlin.