On Wednesday, January 12, the Warsaw Institute organized a discussion panel concerning the assessment of Monday’s negotiations between representatives of the US diplomacy and their counterparts on the side of the Russian Federation. The topic of the talks in Geneva was the issue of Ukraine’s security. For months, nearly 100,000 Russian soldiers have been stationed on the Russian-Ukrainian border. 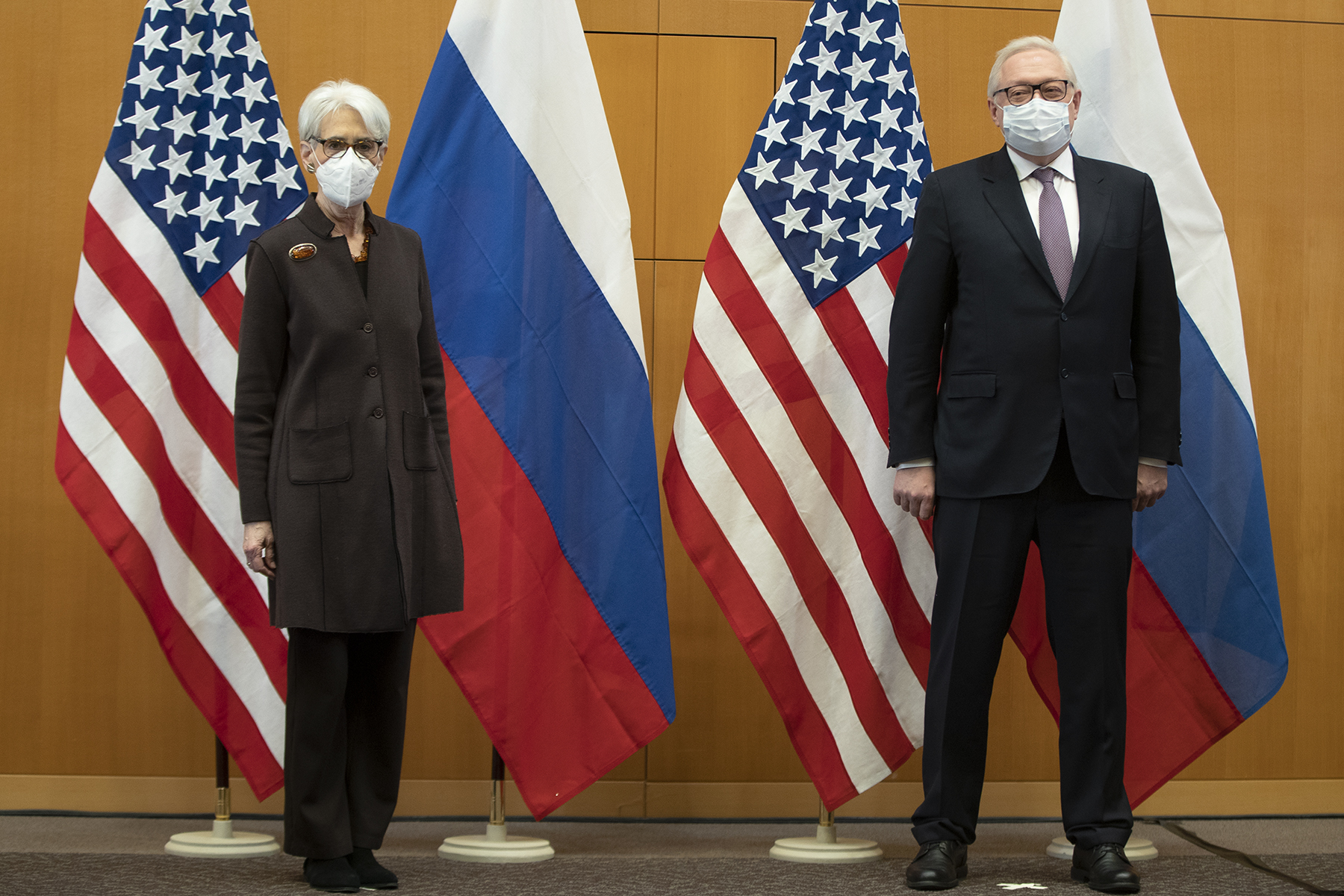 The Institute’s experts took part in the interview conducted by Liliana Śmiech, director of Public Relations at the Warsaw Institute. They were Tomasz Grzywaczewski, an expert in the field of Central and Eastern Europe, and Jan Hernik, editor-in-chief of the Warsaw Institute, an Americanist.

The conversation was started by Grzywaczewski, who, answering a question about the causes of tensions between the USA and Russia, indicated that the demands with which Russia entered into the talks were unacceptable to the American side. They are about ensuring that Ukraine does not join NATO. In this regard, Grzywaczewski referred to the position of Sergei Ryabkov, Deputy Minister of Foreign Affairs of the Russian Federation, who presented the demands to the American side. The expert also added that Russia demands assurances from the West on agreeing any plans to deploy NATO troops in the region directly with Moscow.

The second expert, Jan Hernik, pointed to the broader background and causes of the conflict between Ukraine and Russia. Pointing to the annexation of Crimea in 2014, he also described the subsequent actions of Russian separatists in Donbas. As Hernik points out, there is a constant war and people are dying there. The situation discussed by the expert finds its continuation in 2021, when 100,000 Russian soldiers were located on the eastern border of Ukraine.

Liliana Śmiech also asked experts whether Russia will withdraw its troops from the border with Ukraine. Tomasz Grzywaczewski claims that all Russian assurances about the conduct of military exercises are only a diplomatic game. In his opinion, they are intended to ridicule and humiliate both Ukraine and the representatives of the West. When describing the situation, Grzywaczewski referred to the words of Antony Blinken, the US Secretary of State, who described the situation in the east as “a Russian pistol placed against a Ukrainian head.” According to Grzywaczewski, Vladimir Putin will continue his “policy of violence” because he sees it effective.

Jan Hernik agreed with the previous speaker, and also pointed to the imperialist aspirations of the president of the Russian Federation. According to Hernik, it is obvious that Russia is trying to expand its sphere of influence in Ukraine. The editor-in-chief of the Warsaw Institute also pointed to the geopolitical use of Ukraine by both the United States, NATO and the Russian Federation. He stressed, however, that Ukraine cannot serve the interests of all states at the same time. He compared the struggle for influence in this country to a game of chess.

Later on in the talks, Tomasz Grzywaczewski assessed that the position of the West in the negotiations was “very bad”. In his opinion, at the moment the West can only ask Russia not to use its means of military aggression. Hernik, agreeing with him, pointed out that the weakness of American diplomacy may also result from the deliberate softening of the attitude towards Russia. It is about the American drive to obtain the so-called “Benevolent neutrality” on the part of the Russian Federation in the conflict with China. In Hernik’s opinion, the United States cannot afford to have an acute dispute with the Russian Federation at the moment.

Both experts agreed that the talks between the representatives of the West and the Russian Federation, which were observed this week, are only the beginning of negotiations. According to experts, one should prepare for a long run in these talks, and the only real effect may be the de-escalation of tension.

The entire recording from the discussion panel is available on the Warsaw Institute channel on YouTube.

Link to the video: https://www.youtube.com/watch?v=WLu5EuH_keg&t=915s