US-Russia Game of Chess for Central and Eastern Europe

It has been more than two weeks since Joe Biden’s last conversation with Vladimir Putin. The videoconference, which lasted more than two hours, focused on Russia’s potential aggression against Ukraine, the situation on NATO’s eastern flank, and the matter of Alliance’s enlargement by including new countries, especially those located in the so-called “near abroad” of the Russian Federation. 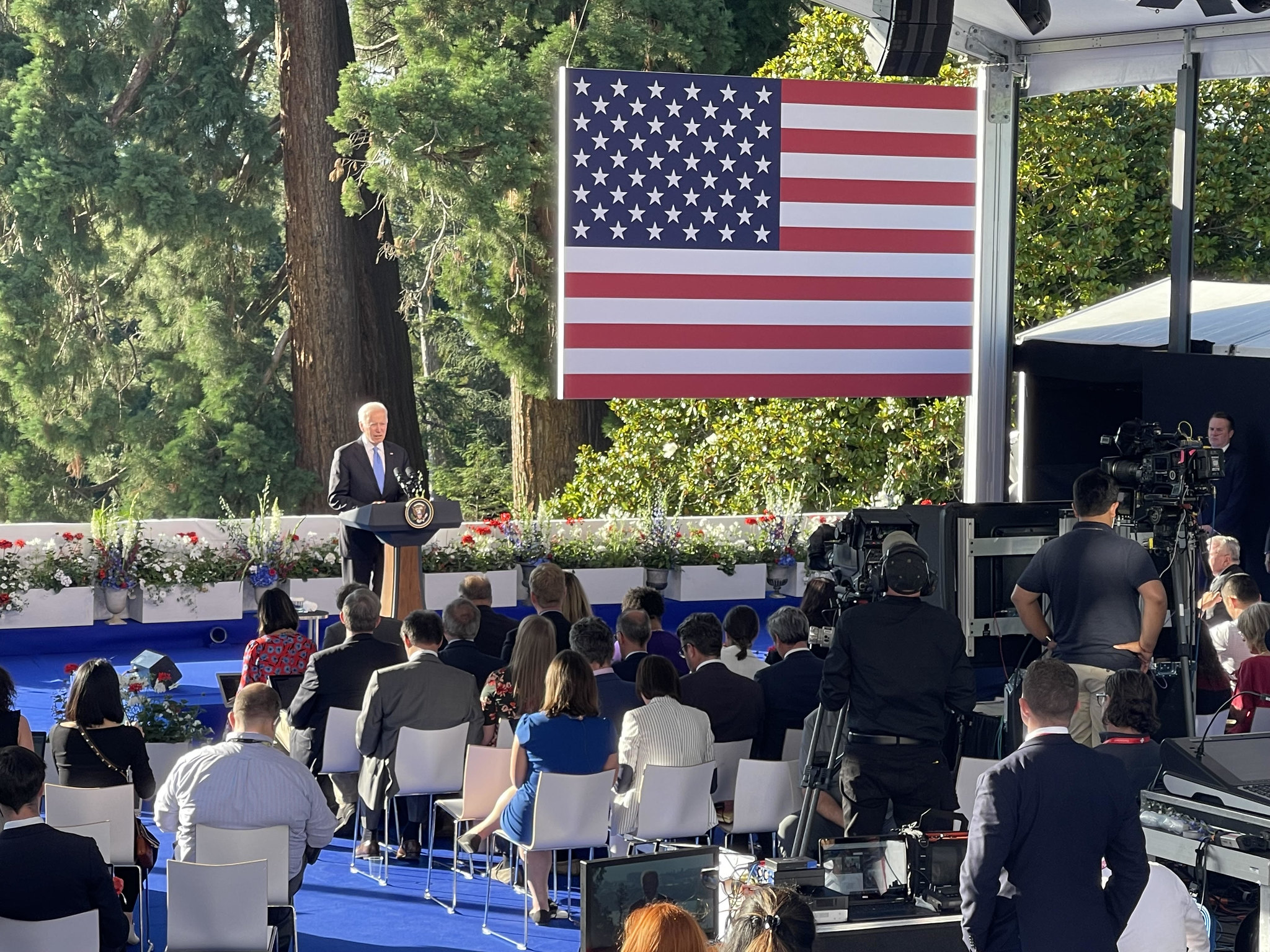 Shortly after the meeting, US National Security Advisor Jake Sullivan reported that Biden warned that the US would impose harsh sanctions and intensify its rearmament efforts in the event of another Russian invasion of Ukraine. He also vaguely spoke about strengthening NATO’s eastern flank. Such a tone of the talks indicates the likely continuation of the relatively tough policy of the administration in Washington towards Moscow. According to the Russian media, Vladimir Putin was the undisputed winner of this “clash.” Nevertheless, the Russian president did not receive any guarantees from Biden, and certainly this is what the political circles in Moscow were hoping for in the context of NATO enlargement. It is important, however, that after the Biden-Putin summit in Switzerland in June, the Russians, once again, persuaded Washington to hold talks. Meanwhile, the very conversation on the future of Central and Eastern Europe and the actual, albeit joint, decision-making regarding its fate is certainly a success for Russian diplomacy.

The current concentration of Russian troops on Ukraine’s borders, the drastic reduction of gas supplies to Europe, and the hybrid war, which includes the ruthless use of immigrants on the Polish-Belarusian border, are aimed primarily at forcing concessions from the West and marking the Russian sphere of influence. The Kremlin seeks to create a buffer zone in the post-Soviet area that would separate NATO countries from Russia and be subject to Moscow’s influence. Belarus can definitely be considered as such. Despite the so-called Belarusian revolution, there is no sign of a change of power in Minsk, and the country’s multifaceted rapprochement with its “big brother” has even accelerated. Most analysts agree that this integration process will continue and the West will not have much to say in this matter. A disgraceful sign of this state of affairs is the relative marginalization of the Belarusian opposition’s activity in European countries. In fact, Alexander Lukashenko is not caught between a rock and a hard place. Only Putin can guarantee him continuous power, which translates into an even greater submission to the Kremlin.

The importance Belarus, Ukraine, and Poland, in the international game of the US, Germany, and France is evidenced by the consistent omission of Warsaw in political games with Moscow. Prior to the virtual summit with Vladimir Putin, Joe Biden spoke with the leaders of Germany, France, the UK, and Italy about the situation in Ukraine. Kiev and Warsaw were not invited, which certainly shocked some experts in Poland. But it should not have. Despite the relatively tough stance towards Moscow, outlined above, the American leader strongly emphasized that conflicts with Russia should be resolved through dialogue. The conversation was a part of Biden’s talks with European allies who jointly called on Russia to deescalate tensions. The goal of US diplomacy and its major allies is not to worsen the already heavily strained relations with Russia. It is well known that Americans have long focused their attention on China. They want stability in Europe and the reduction of their own costs, for instance through “encouraging” European NATO members to increase their defense spending and getting along with Russia. Although recently France has been noticeably less friendly towards Russia (and it usually is), Paris does not intend to worsen its good relations with Moscow. It seems that only the Russian aggression against Ukraine can change that.

On the other hand, Germany is making it very clear that Kyiv is not the most important party. Leaving aside its stance on Nord Stream 2, the best example of Germany’s attitude towards Kyiv is the situation from October 2021, when the Armed Forces of Ukraine used a Bayraktar UAV in response to Russian shelling and the death of a Ukrainian soldier. Consequently, during a briefing on October 27, the representative of the German Ministry of Foreign Affairs Andrea Zasse stated that “Berlin is very concerned about the increase in the intensity of hostilities in eastern Ukraine” and condemned Ukraine for using the drone. The response from the Ukrainian side was unequivocal.

Paweł Soloch, Head of the Polish National Security Bureau, tweeted a day before the Biden-Putin meeting that high Polish officials had spoken with their American counterparts. The talks between Rau and Blinken as well as Błaszczak and Austin, among others, were supposed to be the consultations before the Washington-Moscow talks, and the US was supposed to show support for Ukraine. Unfortunately, however, this does not change the fact that the Americans have shown us that we are not among their greatest European allies. Their stance is not influenced by initiatives that seem to be important from the American perspective, such as the Bucharest Nine or the Three Seas Initiative. In turn, Deputy Minister of Foreign Affairs of Poland Paweł Jabłoński was less disparaging: “We negatively assess the omission of Central and Eastern European countries in the US-Russia talks. It is simply a mistake.” It is hard to disagree with this statement, certainly from the Polish perspective. In Europe, our country is known for intransigent attitude towards Russia, which is not to the liking of many. Despite the “great” rhetoric for the sake of internal political games and unnecessary discord, such international policy simply harms us. Our political elites must finally realize this and adjust their actions accordingly to the real position of Warsaw and our geopolitical situation in the region.

The rift in NATO is becoming increasingly clear, and not just because of Russia. The perception of threats is quite different in the southern and eastern countries of Europe. The French and Italians (not to mention the Iberian Peninsula) focus primarily on the dangers of Islamization and illegal immigration. Russia is not a major threat to them, rather a troublemaker with whom, however, business can and should be done. NATO’s eastern flank sees Russia as the main danger and this is hardly surprising. The Kremlin’s aggressive policy has been evident at least since 2007 and the cyberattack on Estonia, not to mention the aggression against Georgia a year later. After all, Warsaw needs to realize that Russia is not the main threat to the most important NATO members now and most of the major players want to get along with Moscow. Failing to understand this may cost us a lot.

Even though war seems too costly for the Kremlin, Russia will certainly continue its policy of threatening with a potential conflict since it is clearly beneficial to it. It is vital to ask how far will the West go to simply please and calm down the Kremlin. It seems that appeasement may lead to further demands, which will eventually turn into imaginary and impossible Russian ultimatums.