The US-NATO and the reemerging regional waves

With the adoption of its Strategic Concept of 2022 in July 2022 in Madrid, Spain, NATO introduced its new action plan under its 2030 Agenda. However, the reality across the world presents enhanced challenges in today’s critical security landscape, suggesting that written commitments require effective actions. 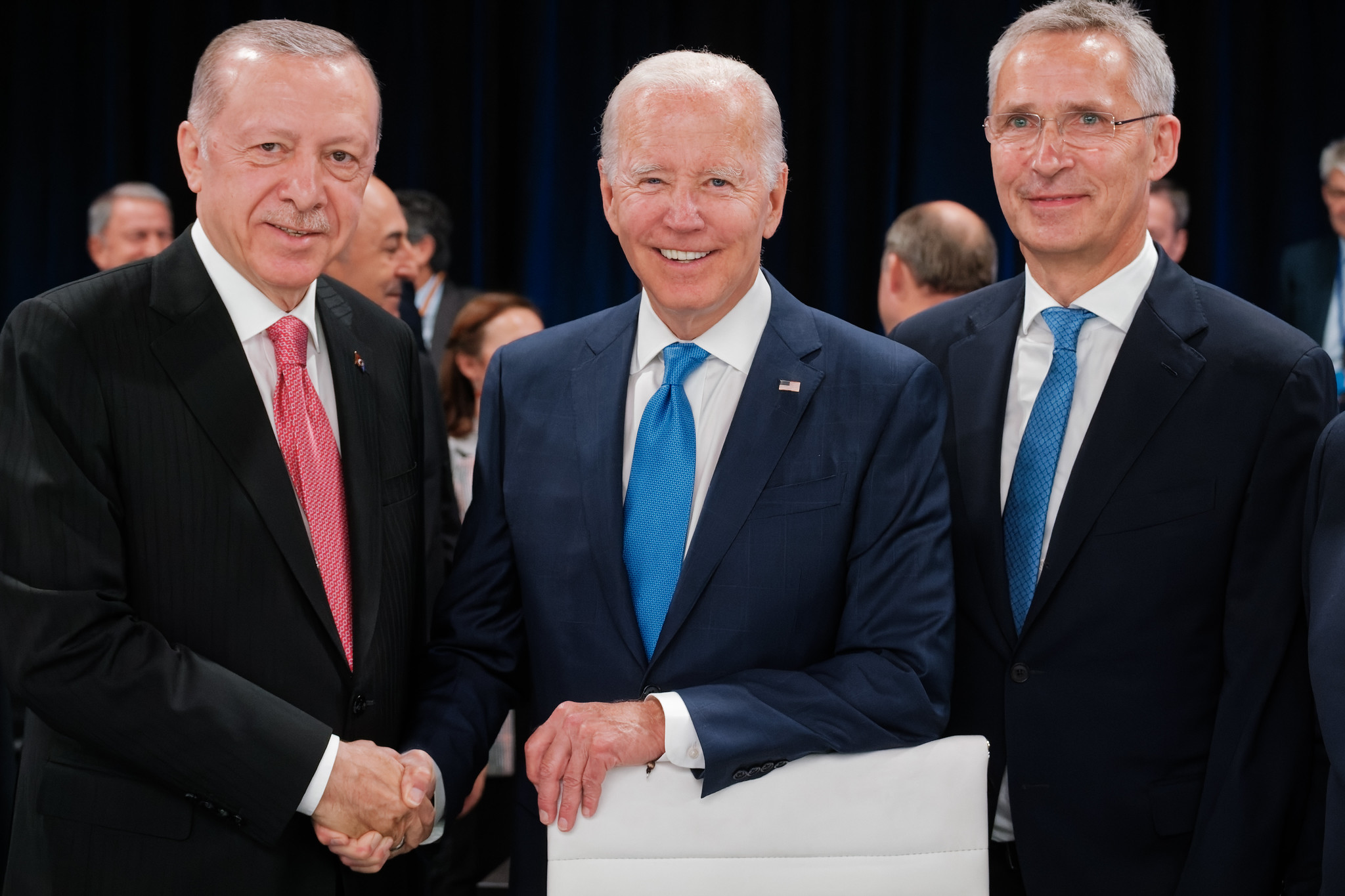 Recently, as the historic rivals escalate their war of words that began on the morning of Türkiye’s 98th anniversary of Victory Day over Greece, the US and NATO members remain attentive to a possible escalation in the Aegean Sea. This has warned analysts about “the risk of current tension spilling into NATO business when there is a need to focus on unity against Russia amid its invasion of Ukraine.”[1] Moreover, this comes accompanied by a revival of the territorial strive between Armenian troops and Azerbaijani forces along the border near Nagorno-Karabakh.

On the morning of Türkiye’s Victory Day over Greece, both countries lodged complaints with NATO about the content (Greece) and posterior deletion (Türkiye) of a tweet by NATO Allied Land Command (LANDCOM) congratulating the celebrating country. As such, the territorial and airspace claims in and over the Aegean Sea have witnessed a new spark between these NATO members. Despite much being studied and analysed about the possible scenario that two NATO member are in the middle of a belic confrontation, such direct scenery is rather unlikely. Notwithstanding, the revolving narratives and the overarching devolution of events is what suggests otherwise. In particular, two reasons explain this stand including the time and the means through which events have surged.

Initially, most of the official conversation has been undertaken through the media and official channels whereby the respective state official have expressed their political and military stands. For instance, “tensions escalated on Saturday after the Turkish interior ministry issued a statement accusing the Greek Coast Guard of firing at a cargo ship sailing in international waters southwest of the Turkish island of Bozcaada.”[2] Although no injuries were reported, “the constant provocation” by Turkish politicians “is extremely problematic” said the Greek Prime Minister Kyriakos Mitsotakis.

It is well now by now that the narratives over the media have taken a central stage in many ocassion. The recent friction between Türkiye and Greece takes place as NATO focuses on displaying a united front against Russia amidst its occupation of Ukraine, the refreshed front in the South Caucasus is spoken and portrayed as the emergence of a new war by the media.

As a resurging prime example, the war over Nagorno-Karabakh witness a new point of ignition around midnight on the 13th of September, as “the Azerbaijani forces shelled Armenian troops at three locations along the border. Azerbaijan said it was responding to a buildup of Armenian landmines and weapons near the border.”[3] Armenia fired back in retaliation. This is presented in a timely landscape as Armenia maintains itself as a solid Russian ally and on its part, Azerbaijan is soon to become Europe’s net gas supplier- recalling the Memorandum of Understanding signed between the EU and Azerbaijan in July 2022.[4]

Considering this particular security context is important in a time when tensions around the world spark at a speeded immediacy. Furthermore, the interrelation of conflict becomes even worthier to evaluate. So, what should the Alliance and the US look after?

NATO and its Allies have concentrated their efforts to deter the progressive advancement of Russian forces into allied territories. For instance, the Turkish government has armed Kyiv with deadly drones to help it defend itself against Moscow. However, it has refrained “from joining Western sanctions targeting individuals and state companies in Russia, the single largest source of gas and crude oil for Türkiye’s $800 billion economy.”[5] On the one hand, Russia remains one of Türkiye’s main oil supplier after Iraq. Although the Russian mediation in 2020, concluded in a ceasefire granting Nagorno-Karabakh in favour of Azerbaijan.

How regional leverage might devolve in the near future is to be carefully analysed as Alliances and commitment have now a central role to play. Russia, which operates a military base in Armenia, sent thousands of peacekeepers to the region in 2020 as part of a deal to end a war during which Azerbaijan made significant territorial gains in and around Nagorno-Karabakh. Türkiye backs Azerbaijan politically and militarily. The United States, France, and even Russia, “called for restraint after the most deadly fighting since Armenia and Azerbaijan waged a six-week war over the disputed enclave of Nagorno-Karabakh in 2020.”[6] However, the effect of such an action says little to nothing about a mutual agreement or even the role of the US in the region.

With this in mind, one can surely observe that Türkiye aims to keep a foot in both camps, playing Russia and the US off against each other- a balancing act that allows Türkiye to feel confortable with.

In this context, two strategic elements should be observed by the Alliance collectively and the US individually. Despite President Erdogan blatantly declaring on Tuesday the 6th of September that Türkiye could “come all of a sudden one night”, there is no expectation that this will materialize. Under this consideration, the strategic analysis is directed towards the energy politicy in the region. For Türkiye, this has become an opportunity to reassure Türkish standing in the world arena.

Furthermore, as an important  economic lifeline to Moscow, Türkiye has displayed, on two occasions, behaviour that until now, was not considered preoccupying. Back in 2019-2020[7] and later again in 2022, NATO member Türkiye was kicked out of the F-35 programme by the US and its defence officials were sanctioned after it bought the Russian-made S-400 missile defence system. Accordingly, the US strongly objected to the use of Russian systems within NATO and said “it posed a threat to the F-35s. Turkey maintains the S-400s can be used independently without being integrated into NATO systems and therefore pose no risk.”[8] However, this has been long percieved by analysist as a “huge blow to defense cooperation between Washington and Ankara”[9]

Notwithstanding, the energy question will soon become central in the devolution of events in the Mediterranean. As President Erdogan will do everything he can to prevent an energy project in the Aegean that does not include Turkey. The incident witnessed two years ago was evidence of how quickly the long-simmering conflict in the Mediterranean can ignite.[10] As such, beyond a conflict over territories, the expectation for the near future will become one about energy resources.