Though Russian President Vladimir Putin delivered a speech at a congress of the ruling United Russia, he seemed far aloof from the party whose approval ratings keep going down. Both his attendance and address served to unify the party and assemble its members ahead of the 2021 elections. As prompted by the course of the event, the Kremlin has no intention to introduce changes to the state’s party system being in force for many years till now, at least not before the vote. 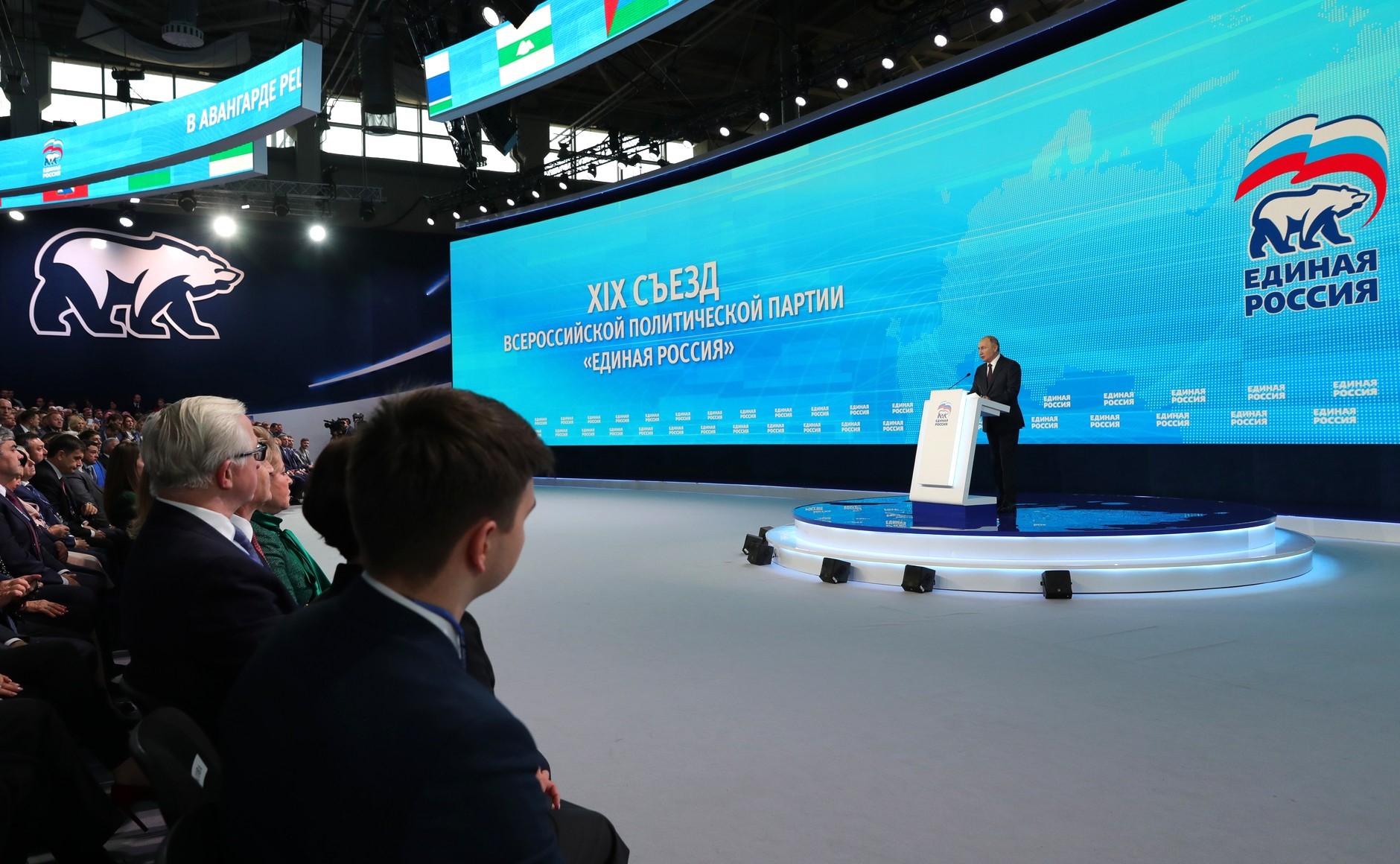 On November 23, United Russia opened its congress in Moscow to focus on issues ahead of the elections to the State Duma in 2021. Party officials believe United Russia has a chance at winning at least 301 seats in the 450-member State Duma in elections scheduled for 2021. The ruling United Russia party has 339 deputies present at the national legislature. What party members seem to believe is yet far from being promising. United Russia’s rating is now about 30 percent. There are no indications of rising support for the party, quite the contrary, though. As usual, Russia’s ruling party wants to secure an overwhelming majority of all votes in single-seat districts, used to elect half of the State Duma’s members.

The congress took place over two years before the election in a bid to mobilize party officials. Russian Prime Minister Dmitry Medvedev, the party chairman, urged his fellow party members not to run for seats as nonpartisan candidates. Some of United Russia party candidates stood as independents in Moscow ballot this summer, an experiment that yet has failed to bear fruits. Russian President Vladimir Putin told a congress of the ruling United Russia that the party is that of “the majority,” an unshakable cornerstone of values uniting all Russian citizens. United Russia is of particular importance as a coalition of elite groups, primarily at the regional level. Though deputies are of minor significance in Russia’s administrative machine, regardless of their local or country-wide engagement, the authorities seek to have at their disposal at platform devised to bring together all power-wielding deputies. United Russia is nothing but a typical “party of power” without any specified agenda or ideology. Among those who joined the United Russia party were the head and governor of Crimea, Sergey Aksyonov, and the governor of Sevastopol, Mikhail Razvozhayev.

Putin’s remarks yet lacked clear-cut plans or tasks that he would set for the ruling party. The top target is therefore to endure and fulfill the role of the regime’s parliamentary backup, at least for now. Russia’s incumbent president has long made well-though efforts not to be linked to a worn-out political project that has been losing momentum on the country’s political stage, a fact explaining why the Kremlin has many times stressed Putin is not the leader of United Russia. Not incidentally, Medvedev, whose favorability numbers are in decline, has served as the chairman of ruling United Russia to defy the criticism of the authorities’ failures.