Ukraine is said to be fighting on two fronts. The first one is the western border where the country faces the Russian aggression. The second one is located in the very centre: here, Ukrainians struggle with corruption, the worst of all post-Soviet countries. Ukrainian forests have become a battlefield for one of the biggest battles of the second front. 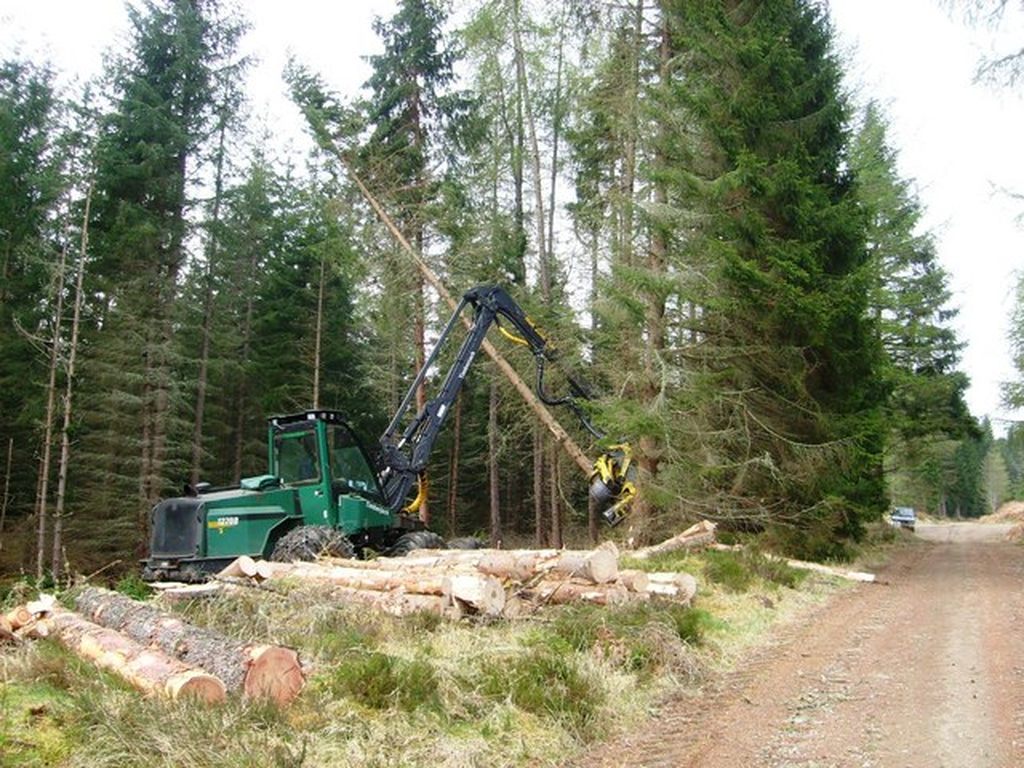 Ukraine exports more illegally logged trees to the EU countries than any other country in the world, more than Latin American, African and Southeast Asia countries together. The timber industry is one of the biggest export sectors in Ukraine which generates an annual income of USD 1.7 billion, employs 350 thousand people and constitutes almost 4% of GDP. Corruption and lawlessness in state forests deprive the country of an important source of income and at the same time weaken the efforts to improve the management of this sector in the unstable political and economic situation.

In the last two years, a British non-government organisation “Earthsight” which deals with the illegal deforestation over the world has been examining the problem of illegal logging in Ukraine. The results of the examination were published in the final report titled “Corrupt. How company billionaires and EU governments cannot handle the problems of the Ukrainian forests.”

According to “Earthsight” analysts, Ukrainian forests are being cut down and exported, despite the implemented moratorium on the deforestation. This is accompanied by the evasion of not only national law regulations, but also regulations and certifications of the EU. Ukrainian timber is being harvested so fast that in four years the export to the EU countries increased by 75% and exceeded 1 billion euro in 2017.

Hundreds of Ukrainian state-owned companies participate in the regular, intentional violation of the wide range of principles related to logging. According to experts, almost 60% of loggings are conducted against the restrictions stipulated in the Ukrainian law, under the pretext of sanitary cuttings only.

Examination of 18 logging areas in four biggest forest regions in Ukraine commissioned by “Earthsight” showed that from 67 to 78% of loggings are illegitimate, which means they are illegal. At the domestic level, so-called sanitary, illegal cuttings currently constitute 38-44% of the overall timber production and export.

The former chief of the State Forest Resources Agency Viktor Sivec, who is currently hiding from the investigation somewhere in Russia, has built the whole system of the forest sanitary transfer directly to the market operators through a network of companies registered outside Ukraine. “Earthsight” analysts claim that the scheme introduced by Sivec in 2011 is still in use.

According to data presented by the researchers, even if forestry companies do not sell timber directly to other companies, but through auctions (which is legal), those auctions are often unintelligible. As a result, a greater part of wood goes to the sawmills within the informal sector; experts claim that there are over 12 thousand of such sawmills in Ukraine. This is where the sawn timber on export is being produced. According to research, the amount of illegally produced sawn timber exceeds its legal production in the state by 75%. It is necessary to stress that 70% of the Ukrainian exported wood go to the EU countries.

At the same time, since 2013 an EUTR regulation which defines the standards of timber export to the European market has been in force. It explicitly forbids the import of timber illegally cut in the origin country and requires importers to carry out careful legal inspections in order to minimise the risk of the illegal timber entrance to the internal market of the EU. Unfortunately, EUTR regulations do not work, and illegal timber regularly enters the EU markets.

According to “Earthsight” data, the main purchaser of the wood from Ukraine (70% of the overall export to the EU) was an Austrian wood industry giant “Holzindustrie Schweighofer”, or to be more precise – its Romanian subsidiary “Schweighofer Group” which is located near the border with Ukraine. The company was accused many times of using illegal timber from Ukraine, Romania and other countries. But no legal consequences were drawn and the company was not fined.

Another part of the Ukrainian forest has been exported to Romania, to the local subsidiary of the “JAF Group”, one of the Central Europe’s leading wholesalers for wood. After the moratorium the situation has slightly changed: the amount of exported timber has not fallen, but risen – however, the purchasers have changed.

“Earthsight” claims that “Egger”, the second in the world producer of wood panels, is now the biggest importer of the Ukrainian wood. This wood is also imported by companies competing with “Egger”: “Kronospan” and “Swiss-Krono”. Among importers, there is also a Polish pulp mill which belongs to the “International Paper”, one of the biggest in the world paper companies.

Wood from the Romanian “Schweighofer” plant is used in the production of goods sold in “Ikea” stores. But “Ikea” is not the only receiver of wood from “Egger”, “Kronospan” and “Swiss-Krono” – they supply a great amount of wood, wood panels and floors to “DIY Wickes” and “Homebase” in Great Britain, “Hagebau”, “Obi” and “Hornbach” in Central Europe and “Leroy Merlin” and “Castorama” in France. “International Paper” produces paper for such companies as HP, “Canon” and “Xerox”, which is being sold in supermarkets all over Europe.

Regardless the EUTR regulations which require the confirmation of wood supply legitimacy all companies mentioned were still regularly buying the Ukrainian wood from the state-owned logging companies, despite investigations against Ukrainian officials accused of corruption, illegal logging, and export, etc. This is an act of indirect violation of the EUTR regulations as in such cases the supplies should be ceased.

Nevertheless, no sanctions are being imposed, and the business is still flourishing. “Earthsight” points to the fact that if the EU did not support the constantly increasing need for Ukrainian illegal wood, the corruption rates in the Ukrainian logging industry would be much lower.

At the beginning of July, Verkhovna Rada, the Ukrainian parliament, adopted a law “On amendments to some Ukrainian laws on the protection of Ukrainian forests and prevention from the improper movement of timber.” During the cabinet meeting on July 18, 2018, the Prime Minister of Ukraine Volodymyr Groysman ordered proper services to examine the state forests for illegal logging.

However, on July 23 this year, the President of Ukraine Petro Poroshenko vetoed the law mentioned which provided for the limits on the annual amount of logged timber to 25 million cubic metres in the time of moratorium on the timber export and introduction of liability for smuggling. According to the Ukrainian President’s administration, the President fully supports the enhancement of the liability for wood smuggling, but he does not support the lobbyist schemes which are implemented into the law, especially those which are contradictory to the free trade agreement between Ukraine and the EU.

The leader of the Radical Party Oleh Lyashko, who was one of the initiators of the law adoption, immediately reacted to the president’s veto. He claims that Poroshenko and his environment are responsible for the timber smuggling. According to the Radical Party leader, Poroshenko protects the people who are selling the national treasures of Ukraine for next to nothing.

By observing the struggle for the law on the timber smuggling, one can have an impression that it really concerns the issue of who will control and make use of the legal and illegal timber trade. We observe a secret tender for the control over the really important part of the Ukrainian economy. Its analysis should regard at least two crucial contexts: the first one – the ongoing presidential campaign; and the second one – a very disturbing and, unfortunately, rarely raised question of the policies of many western companies which treat the natural resources of Ukraine as a spoil of war.