Ukraine is ambiguous about the events in Belarus

On August 27, Ukraine suspended all interstate relations with Belarus. According to the Minister of Foreign Affairs Dmytro Kuleba, this is a clear condemnation of the actions of the Belarusian authorities. On one hand, Ukraine is the first country to take definite steps to break diplomatic contacts, on the other, it is often accused of expressing its position regarding the events in Belarus too late. Moreover, even in Ukraine not everyone has the same opinion on this situation. 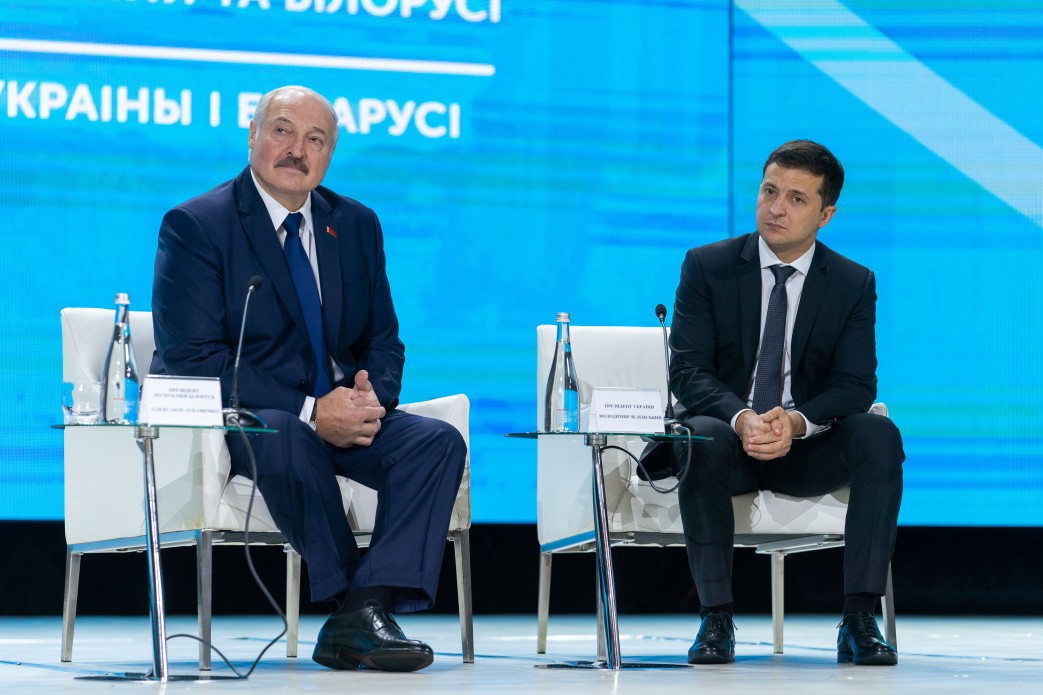 The tensions in relations between Kiev and Minsk began even before the presidential elections in Belarus and the outbreak of mass protests. In the last days of July, Belarusian secret services detained 32 Russian citizens who belonged to the so-called Wagner Group – a private military company cooperating with Russian Foreign Intelligence Service. Due to suspicions that the detainees had participated in the conflict in Donbass, the Ukrainian Ministry of Foreign Affairs requested their extradition – the presidents of the two countries also talked about this by telephone. Ultimately, the so-called “Wagnerists” were handed over to Russia.

This was one of the reasons why the Ukrainian ambassador to Belarus was summoned to the Ukrainian Foreign Ministry on August 17 “for consultations”. The ministry explained that such actions are a form of diplomatic response used to show “dissatisfaction with a policy or hostile actions by another country”. These were the first steps to condemn aggression against protesters. Earlier, Ukraine avoided expressing official position on this matter – on August 13, the head of the Ministry of Foreign Affairs, while answering journalists’ questions, said that the decision to react to the election results would be made after their formal announcement.

The position of the president of Ukraine, Volodymyr Zelensky, was also balanced and delayed – almost 5 days after the elections. He commented then only in text form, via social media. He stressed that “it is important for us that Belarusians will find only a peaceful and democratic way out of the social and political conflict. In order for Belarus to continue its development and to be a democratic, economically strong and independent state”.

These delayed decisions by official authorities in Kiev show the ambiguity of the positions of Ukrainian politicians. The day after the announcement of the election results, the deputies of the presidential party “Servant of the Nation” congratulated Lukashenka on his victory, and the head of the party’s parliamentary club, David Arachamia, said that Ukraine must remain neutral on that matter, as there is a risk of an escalation of the military conflict from the Russian side. In his opinion, the “pause” announced by the Ministry of Foreign Affairs in relations between the two countries is the best proof of Ukraine’s neutrality.

Opposition MPs reacted differently – at a time when the party of the former president, Piotr Poroshenko, “European Solidarity”, already condemned the aggression against protesters in Belarus one day after the presidential elections and introduced a bill on the non-recognition of the official results, representatives of the pro-Russian party “Opposition Bloc” appeared in the Verkhovna Rada of Ukraine with the official Belarusian flag. They emphasized that in this way they wanted to “support the current system in Belarus and condemn the opposition’s willingness to change its legal authorities.”

Of course, as it was stressed by the head of Ukrainian diplomacy, the steps taken by the Ukrainian Ministry of Foreign Affairs do not mean a complete break of diplomatic relations. They testify, however, that despite a great diversity of views in political circles, even in the ruling party itself, Ukraine is able to express its opposition to the actions of the Belarusian authorities and, despite pro-Russian voices inside the country, maintain a common position for Western Europe.

Author: Bogdan Andruszczenko – a graduate of the Faculty of Journalism, Information and Book Studies at the University of Warsaw. The area of his interest is the contemporary politics of the countries of Central and Eastern Europe, to which he devoted scientific articles and conducted research.