The Donald Trump administration has blacklisted China’s COSCO Shipping Tanker (Dalian) and its affiliated unit COSCO Shipping Tanker (Dalian) Seaman & Ship Management. And though U.S. punitive measures failed to cover the whole company – known worldwide as one of the biggest container ship owners – they have yet caused significant market turmoil while, quite unexpectedly, striking a blow to a Russian LNG venture. 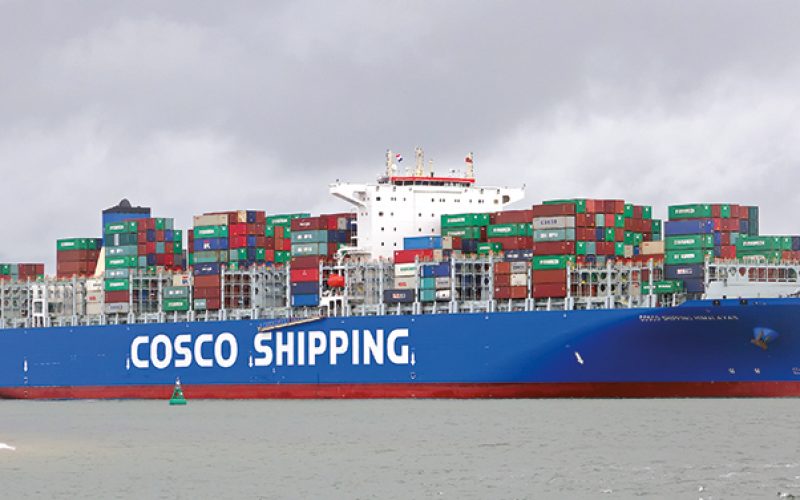 Washington imposed restrictions on two units of Chinese shipper COSCO –– and a bunch of other China-based firms –– for carrying Iranian crude oil as, under the U.S. stoppage, there have no longer been any exemption on shipping Iranian-sourced oil since May this year. Admittedly, in the eyes of many commentators, this decision should be taken as a “warning signal” sent to China, a state that is still involved in importing Iranian crude and is soon bound to enter into further trade talks with the United States. This also carries a mix of other consequences, primarily for those companies all around the world that hold either direct or indirect ties to these ill-fated firms in the form of deals worth millions of dollars.

First, a blow into COSCO’s affiliates, and some other Chinese firms, brought a massive increase in freight rates, especially with those of VLCC (very large crude carrier) dramatically surging upwards. In the aftermath of the U.S restrictions, 6 percent of the world’s shipping fleet dropped out of the market, and no one can be sure or certain whether any other entities are to join those that are already blacklisted. A feeling of all-out nervousness is compounded by the fact that Washington announced its decision shortly after a drone and missile attack targeted at Saudi Aramco’s oil facilities.

Market analysts say that shipping conglomerates have not been in such a panic for many years till now. Anyway, these claims seem to be fully substantiated; a South Korean refiner allegedly chartered a tanker to ship U.S. crude for a record $12 million. This has marked the highest rate ever paid for delivering crude between Korea and the Gulf of Mexico, and suffice it to say that a month earlier, freight rates had stood twice as less. After having soared to their top levels, freight prices will have a far more palpable influence on shipping lanes and crude quantities to be chosen and loaded in the months that follow. And not only from Iran and to China.

A blow to Russia’s Novatek

Among other widely commented issues was an unexpected blow to Russia’s oil company Novatek that is currently being busy producing large-scale LNG as part of its Yamal LNG project. Having its LNG plant located in the Arctic zone, the firm is forced to employ its Arc7-class ice-breaking carriers that are capable of navigating through thick Arctic ice in the winter. Meanwhile, as many as 6 out of 13 LNG tankers that ship LNG from the Yamal plant are owned by a joint venture of Canadian Teekay LNG and COSCO Shipping Tanker (Dalian) Co., Ltd. The fleet of methane carrier vessels has become subject to U.S. sanctions, which made the ships nonoperational, at least temporarily.

Though Novatek released a statement denying that Washington’s restrictions would anyhow target the firm, it seems that they will do it anyway, especially in the light of a Yamal LNG brand-new production line with an output of an additional million tonnes per year foreseen to become operational. This will thus bolster the company’s demand for LNG methane carrier vessels. Naturally, Teekay LNG has begun efforts to take its LNG carrier vessels out of U.S. punitive measures, but these do not necessarily need to bring tangible results immediately. Until then, Novatek’s activities will be at least partially hindered, a situation that should exert an impact on the LNG market in a broader sense.

What stands out as a critical matter in the whole thing is that sanctions imposed on Chinese shippers are apparent evidence of Washington’s mighty power it wields without resorting to military solutions. There were not for U.S. divisions that had such a powerful influence on supertanker rates and the freedom to export Russian LNG volumes, but the key importance of the United States for the global economy. This serves as an effective weapon in Washington’s hands, a situation that should be borne in mind, particularly in the context of myriads of world or local-related issues.

Perhaps it is not incidental that the decision to trigger a new pack of sanctions against some companies that ship Iranian oil has been taken now, that is in the face of the upcoming urge to introduce restrictions against the Nord Stream 2 energy project, tensions running high around Iran and, first and foremost, on the eve of further U.S.-China talks. Also, China has suggested such a narrative, saying that a blow to COSCO and its subsidiaries is nothing else but a U.S. demonstration of power that came amidst continued trade talks. Was that the case? We will probably never learn that. It would, however, be naive to believe that a recent round of sanctions is not an element of a larger game.