John Bolton’s October visit to Russia symbolically marked the end of the “Helsinki period”, destroying hopes of some Russian politicians who hoped to impede the ever-increasing tensions in Russia-U.S. relations after the meeting in the Finnish capital. It is quite the contrary, though, as exemplified by a heated debate over the INF Treaty. Both Bolton’s trip to Moscow, as well as some comments from both sides, seem to corroborate that the United States has the intention to withdraw from the deal. The current state of affairs is beneficial neither for President Vladimir Putin nor for the Russian supporters of the reset in the aforementioned relationship. Thus, Russia’s leader has become a hostage of the “party of war” while all officials who advocate for the state’s sharp political course in external policy apparently enjoy the situation, thus adding fuel to the flame. Such group comprises Russia’s military officers and the Defense Ministry leadership; the latter has already managed to bring about a crisis in its relations with Israel – a U.S. key ally. Thus, Russia used Syria’s war theatre yet again, this time aiming to hit the Americans. 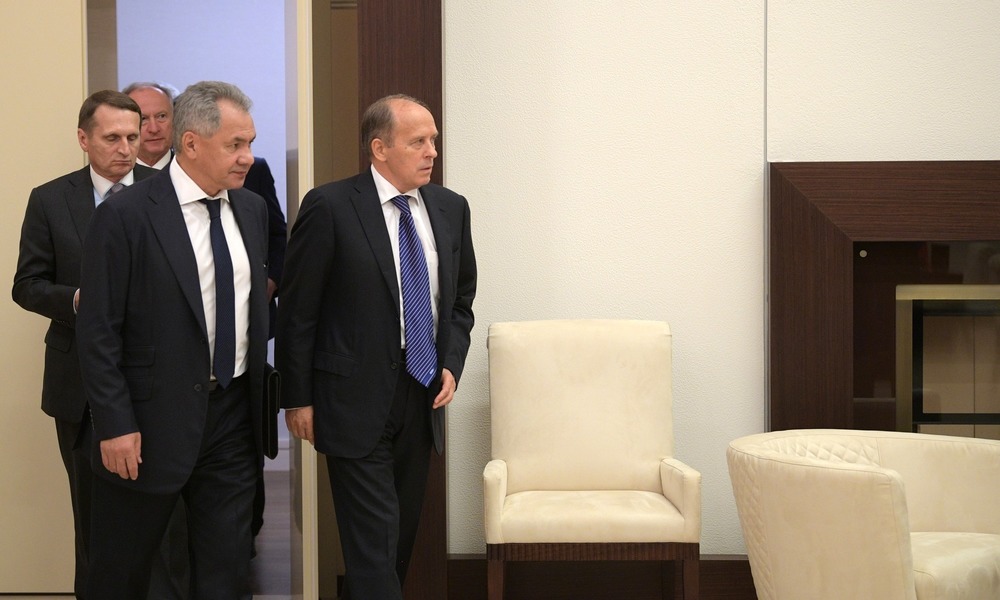 Two days after Bolton’s visit, Russia’s Deputy Defense Minister, Colonel-General Alexander Fomin, publicly accused the United States of participating in the drone attack on Russia’s air base in Khmeimim. Back in January, the attackers attempted to assault the military facility with the use of unmanned aerial vehicles. The Russian army blamed the Idlib rebels for conducting such offensive as well as its representatives suggested a direct involvement of some unidentified “third countries”. On October 25, during the Eighth Siangshan Security Forum in Beijing, Fomin announced that the Russian attack was coordinated by a U.S. Poseidon-8 spy plane. In his opinion, when the drones faced the Russian means of electronic warfare, the control over them was taken by the American aircraft.

Not incidentally, this serious accusation could be heard on Chinese soil as the country is traditionally considered by Russia to be its ally in disputes with the United States. There is no doubt that such a narrative is also part of the growing mutual accusations and threats related to the U.S. pulling out of the agreement. U.S. and Russian comments following Bolton’s trip to Moscow seem thus to indicate that Washington’s withdrawal from the INF Treaty would be almost certain. The October talks looked completely different as they were held in a heavy atmosphere. John Bolton raised the issue of the Russian meddling in the U.S. election during meetings, warning against interference in the upcoming ballot. In addition, U.S. national security advisor laid a wreath at the place where Russian opposition leader Boris Nemtsov was killed, thus sending a kind of a signal to the Kremlin decision-makers. Nevertheless, Bolton’s June trip to Moscow, during which both parties make arrangement on the Trump-Putin summit, had a completely distinct character. It can be therefore admitted that both visits of the U.S. security advisor concluded a short period when the Kremlin strongly hoped for a change in the two countries’ bilateral ties