The U.S. Congress is currently working on the adoption of the Georgia Support Act, a piece of legislation establishing additional support mechanisms for the authorities in Tbilisi. The proposed document states that Washington needs to implement various measures to support the independence, sovereignty and territorial integrity of Georgia, including the imposition of sanctions on persons responsible for human rights violations in Georgia’s occupied territories. 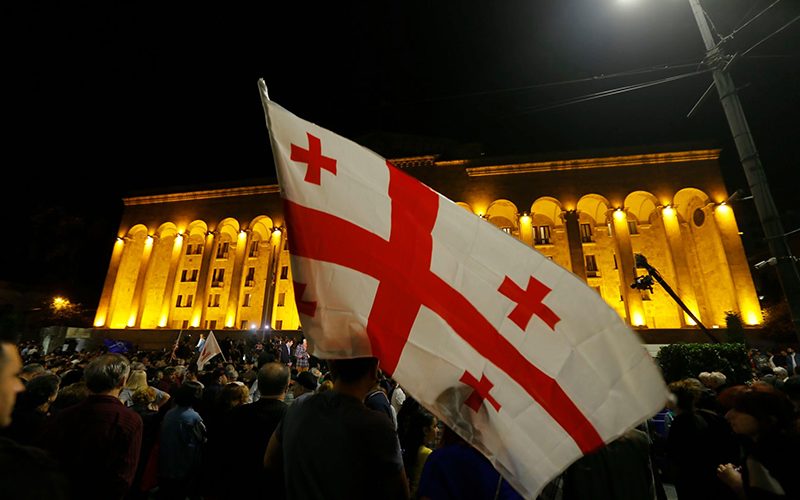 The Georgia Support Act was first introduced in the U.S. Congress at the beginning of this year, and only recently, that is, in the second half of October, it has been passed by the full House of Representatives with bipartisan support. Although this is not the end of the legislative process, the news was received with great enthusiasm in Georgia, especially since this is an unprecedented situation in the history of cooperation between the two countries. So what exactly is included in the proposed legislation and, more importantly, will it actually be able to influence the situation in the South Caucasus?

First of all, the authors of the Georgia Support Act clearly state the need to provide even more financial assistance than before (a total of $37 million in 2018) in order to support Georgian military security, taking into account both Georgia’s commitment to NATO integration and its involvement in missions in Afghanistan and Iraq. What is important, under the law, provided, of course, that it is actually adopted in its current form, within six months after the date of the enactment, the U.S. Secretary of State will be expected to submit a report on, among other things, a 5-year strategy assessing the possibility of supporting Georgian defence capabilities by Washington.

Moreover, regardless of the issues related to the so-called “hard security”, the Georgia Support Act also addresses new threats in the field of cybersecurity and disinformation. The issue is of great importance, especially because the Georgians have already experienced this kind of Russian activity in both of these areas. For years, the Russian Federation has been using a vast network of media platforms, NGOs, journalists and politicians to arouse anti-Western sentiments in Georgia as well as to discredit the whole purpose of Georgia’s NATO integration. As far as cybersecurity is concerned, it is enough to mention that the 5-day Russian-Georgian war in August 2008 is now considered to be one of the first distinct cases of using cyber aggression as a method of warfare.

Another issue that is widely commented on by those interested in Georgian politics is the reference of the authors of the Georgia Support Act to the issue of Georgia-U.S. trade liberalisation. It is particularly about one section in the proposed legislation which states that the United States should make progress towards talks with Georgian partners to enter into a dedicated bilateral free trade agreement.

The issue of trade exchange is of great significance for the Georgians, given that the authorities in Tbilisi are very strongly involved in the liberalisation of foreign trade with various partners. So far, Georgia has signed relevant agreements on free trade zones with, for example, the European Union, China, Turkey and Azerbaijan. Therefore, the U.S. remains one of Georgia’s last key trading partners (except for Russia, of course) which has not yet liberalised the rules of mutual trade.

Apart from the proposal to strengthen U.S.-Georgian cooperation, the Georgia Support Act also provides the U.S. President with mechanisms to impose sanctions on persons that would be (even indirectly) complicit in “serious human rights abuses” in Georgian regions considered to be occupied by Russia – in Abkhazia and the Tskhinvali region (South Ossetia). Naturally, the above-mentioned category would include cases such as potential killings of Georgian citizens on the territory of the self-proclaimed para-states. It should be emphasised that over the past few years there have been at least a few such cases, all of which have been proven impossible to fully explain.

Last but certainly not least, the potential U.S. sanctions should also cover the issue of the so-called “borderisation process” of demarcation lines along Abkhazia and the Tskhinvali region. Through the self-proclaimed authorities in the Georgian para-states, the Russians are able to regularly build border infrastructure (barriers, barbed wire fences, checkpoints), very often denying local residents access to some of their lands, and thus confirming the state of de facto occupation of these parts of Georgia. All of the above is, of course, assisted by flagrant violations of Georgia’s sovereignty and territorial integrity and, as such, it heavily affects the country’s citizens.

Regardless of how the legislation will actually translate into the further development of U.S.-Georgia cooperation, it is key to point out that such initiatives are essential to maintain a sense of belonging to the Western political-military community among Georgians. As usual, the statement that the West is not really interested in the fate of Georgia and does not intend to accept it into NATO and EU structures is used as “the weapon of choice” in numerous Russian-funded disinformation campaigns. Meanwhile, initiatives such as the expected adoption of the Georgia Support Act by the U.S. Congress seek to challenge the above-mentioned propaganda as well as to weaken anti-Western forces in the fight for small, but nonetheless significant, part of the Georgian electorate. It is especially important today, as Georgia is one year ahead of unprecedented parliamentary elections, in which there will be no electoral threshold whatsoever.