Transgaz to buy Vestmoldtransgaz, the Moldavian state owned Gas Company, on a market controlled by Gazprom

The Romanian state owned gas provider submitted its offer for buying Vestmoldtransgaz, as the Moldavian government asks EUR 8.8 million and EUR 93 million investments in the following 2 years. With a total length of 120 kilometers and an expected annual capacity of 1.5 billion cubic meters, Ungheni-Chisinau gas pipeline could represent the stake of the privatization process. The investment will bring Romanian gas in Moldova, as Gazprom is the only gas provider on the market. Following the announcement, the Bucharest Stock Exchange recorded a 31% stocks growth for Transgaz, as the decision of entering the Moldavian market it’s seen as a historical one. 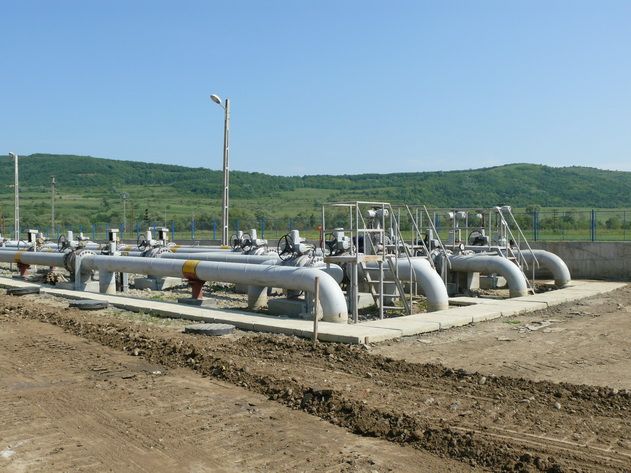 With the Moldavian government willing to start the privatization process for 17 Moldavian state-owned companies, the Romanian operator of the natural gas supply network, Transgaz, submitted its offer for buying Vestmoldtransgaz. Created in 2014 in order to manage the Iasi-Ungheni gas transport network and to provide natural gas transportation services on the territory of the Republic of Moldova, the Moldavian company should continue its development by building the second part of the gas pipeline, to Chisinau.

Transgaz declared its interest in the Moldavian market right since November last year, when the shareholders were asked to give their approval on setting up of a Moldavian based company – EuroTrans – in order to fulfill all request pointed by the Chisinau authorities. This would be the first beyond-borders acquisition realized by a strategic Romanian company, the stake being extremely important as the Republic of Moldova makes efforts to get integrated in the European Union. As the current national gas agreement with Gazprom expires in 2019, Moldavian authorities might have an alternative source of supply.

The Ungheni-Chisinau pipeline, with an approximate investment value of EUR 93 million, will connect the Romanian and the Moldavian gas systems, being a continuation of the Iasi-Ungheni connection, commissioned in 2014 but currently used only at 0.2% of its capacity, although EUR 26 million were invested. Transgaz received all permits for the construction of the gas pipeline linking the Republic of Moldova and Romania, which should be built by the end of 2018. With a capacity of up to 1.5 billion cubic meters per year, the new pipeline could fully assure the Republic of Moldova’s consumption and end its dependence on Russia.
On September 15, 2017, the Romanian Ministry of Energy issued the authorization for the construction of the gas pipelines on Onesti (Bacău) – Gherăşti (Neamţ County) and Gherăşti-Leţcani (Iaşi County) route. The two pipelines, with a total length of 169 kilometers, are to be connected to Iasi-Ungheni gas pipeline and will ensure the transport capacity to the Republic of Moldova.

According to the financial reports submitted to the Bucharest Stock Exchange, in the first nine months of 2017, Transgaz registered a net profit of RON 433,552 million, accounting for an increase of 21% compared to the same period of 2016.