The threats and opportunities of China’s “17+1”

On May 31, two experts professionally focused on Chinese influence and China-Europe relations – David Plášek, an analyst from the European Values Center for Security Policy, and Wojciech Adamczyk, an analyst from the Warsaw Institute – discussed the threats and opportunities of China’s 17+1 format. They primarily dealt with the differences and similarities between Polish and Czech experiences and activities regarding the 17+1 group. 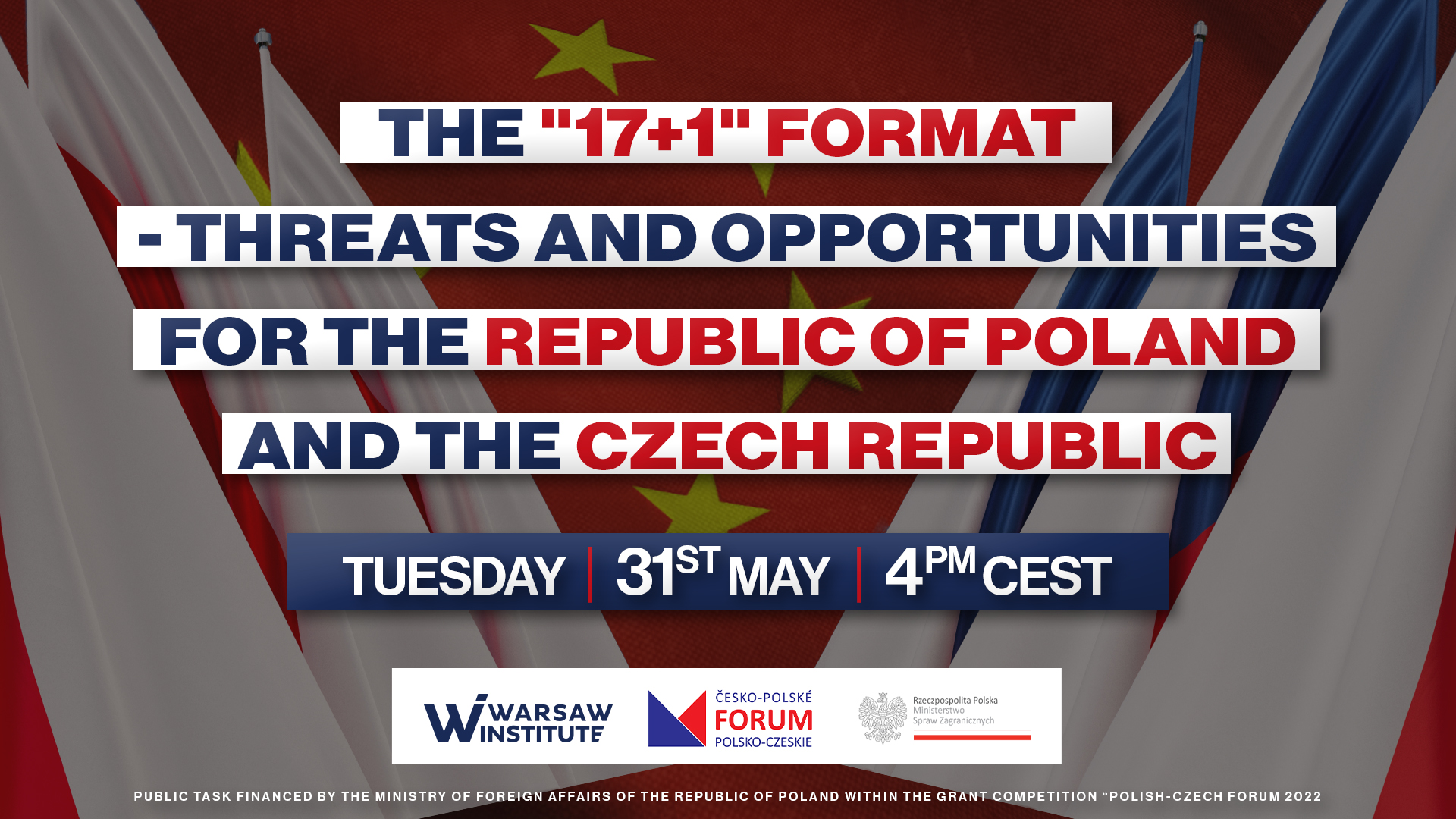 David Plášek outlines the main takeaways from the discussion in the following article.

Both Poland and the Czech Republic joined the 17+1 initiative in 2012. In the initial period, both countries followed a similar approach of attempting to expand their economic ties to China and to attract a steady flow of investments. Both countries’ leaderships and publics eventually experienced a certain disappointment originating from unfulfilled grand promises of economic expansion. Nevertheless, in the past four years, Warsaw and Prague have somewhat diverged in their opinions on further ties with Beijing.

The situation in the Czech Republic and its views on China changed profoundly for three main reasons: First, the discrepancy between the expectations and the reality of incoming Chinese financial flows was especially conspicuous – even when compared to the situation in other Central and Eastern European (CEE) countries. Most Chinese investments were in fact “dead investments” – that is, they were mainly in the form of acquisitions. Second, the by-far largest Chinese company to invest in the country – CEFC –became entangled in a widely publicized fraud and corruption scandal that further undermined the reputation of Chinese economic entities. Third, the new Czech government elected in the fall of 2021 brought a very different approach and tone toward the PRC. When in opposition, the new coalition parties loudly criticized the former cabinet’s willingness to ignore human rights and its enthusiasm for economic projects with China. When the new ministers took office, they put their words into action, and therefore, the sole important ally of Beijing remaining in the Czech capital is President Miloš Zeman.

At the same time, despite the similar realization in Warsaw that original expectations were not met, the Polish relationship with China remains rather open – the evidence includes, for instance, Huawei’s European headquarters being located on Polish soil. Moreover, the perceived importance of and menace posed by China have long been in the shadow of the Russian threat, which has escalated in recent months due to the war in Ukraine. Poland’s firm stance toward Moscow thus stands in contrast with its maneuvering with Beijing. Last but not least, the current conservative Polish government also uses the 17+1 initiative as a leverage tool in the complicated power game it is playing with the EU, instrumentalizing it as an alternative to a single EU–China platform.

The most visible difference between these two CEE countries pertaining to China regards their stances toward Taiwan. The Czech Republic takes a less careful approach toward this issue, a fact embodied by the president of the Czech senate’s visit to Taipei in 2020. Therefore, conservative Poland is currently a more active and willing economic partner of China in the CEE, yet even there we can observe clear disappointment compared to the situation a decade ago.