An agreement on energy cooperation signed between the United States, Poland and Ukraine is yet another episode in the U.S.-Russian war over the hydrocarbon market in Central and Eastern Europe. This is the response to the increased cooperation between Moscow and Berlin and the plan to make Germany a hub distributing Russian gas. Now, Poland has a chance to become a competitive hub distributing U.S. gas. This will benefit not only the U.S. and Poland, but also other countries in the Central and Eastern European region, providing an alternative to Russian gas. 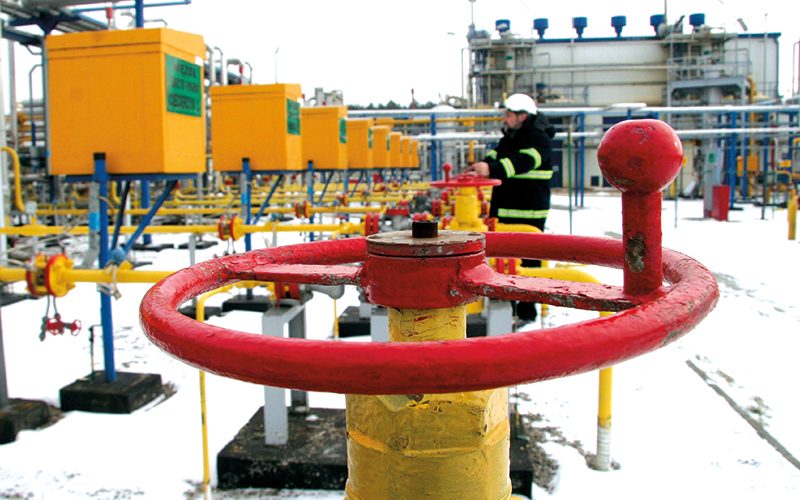 Under the rule of the Law and Justice Party, Poland is consistently reducing its dependence on gas from Russia. For example, the Baltic Pipe, a gas pipeline connecting Poland with Scandinavian deposits, is currently under construction, moreover, the Polish Oil and Gas Company (Polish: Polskie Górnictwo Naftowe i Gazownictwo, PGNiG for short), the largest gas company in the country, has been systematically increasing the import of LNG (Liquefied Natural Gas) to the Świnoujście terminal for several years now. It should be noted that the concept of the gas port was introduced during the previous government of the Law and Justice Party and the late President of Poland Lech Kaczyński played a key role in its initiation. Now, the gas terminal is being expanded and PGNiG is signing further agreements on the import of liquefied natural gas. Not only does Poland import LNG from Qatar, but it has also started importing a greater amount of U.S. gas. What is important, not only will this closer gas cooperation between Poland and the U.S. increase Poland’s energy independence, but it will also be the most important key element in the U.S. strategy to provide the countries of Central and Eastern Europe with U.S. gas.

Of course, not only is this business venture aimed at generating profits for U.S. companies, but it is also of great geopolitical significance. It will increase the energy security of the entire Central and Eastern European region and hit Russia’s almost, until recently, monopolistic gas position in this part of the continent. The Donald Trump administration is openly fighting Russia’s energy influence, which poses a major threat to the independence of the countries in the region. On the one hand, the U.S. government highlights the harmfulness of the Nord Stream 2 gas pipeline and does no exclude the possibility of imposing hard-hitting sanctions on the project. On the other hand, however, the U.S. has also launched an offensive, offering more and more amounts of its own gas, an alternative to the raw material provided by Gazprom. It is not important whether the gas is imported directly from Russia or via the German market.

The Americans in the region

The recent journey of John Bolton to the cities of Kyiv, Chisinau, Minsk and Warsaw suggests that the U.S. sees the potential in the huge area between the Baltic Sea and the Black Sea for creating a group of countries capable of cooperating with each other politically and, above all, economically. As for the latter aspect, one of the keystones of this Eastern European bloc is the supply of oil and gas from America. It is worth noting that Poland has been importing American LNG for a long time now, while Ukraine has recently received its first ever supply of U.S. oil. What is more, even Belarus is starting to show an interest in U.S. oil. It is, in fact, the cooperation with Minsk that may turn out to be the most difficult. However, one should easily notice the great significance of the recent meeting between the National Security Advisor to the U.S. President and Belarusian President Alexander Lukashenko. No less important was the visit of both the State Secretary of the Security Council of Belarus and the Deputy Minister of Foreign Affairs of Belarus to Warsaw at the time when the capital of Poland was at the centre of world attention due to the celebrations of the 80th anniversary of the outbreak of the Second World War. On August 31, at the headquarters of Poland’s National Security Bureau, presidential advisors on national security from Poland, the United States, Belarus and Ukraine held a meeting devoted to the current situation in Central and Eastern Europe and “discussions on mechanisms for building stability in the region to ensure sovereignty, security and territorial integrity of the states”.
While the involvement of Belarus in the regional format of energy cooperation which is to be competitive with Russia still remains a matter of the distant future (if any), the cooperation within the U.S.-Poland-Ukraine triangle is becoming a fact. In Warsaw, U.S. Vice President Mike Pence met with Ukrainian President Volodymyr Zelensky. According to unofficial reports, Pence was to set out a number of conditions that Kyiv should fulfil before a meeting between Zelensky and Trump will be held. One of the said conditions is to improve relations with Poland and another one is to allow U.S. energy companies to enter the Ukrainian market. Aside from allowing such companies as Shell or Chevron to exploit hydrocarbon deposits in Ukraine, the agreement signed on August 31 in Warsaw is, however, no less important.

Poland as a gas hub

The main purpose of the memorandum on trilateral cooperation in the energy sector is to reduce the dependency of the countries in the region on Russia. According to the document, Ukraine will receive up to 6 billion cubic metres of American gas per year. How it will happen? The gas will be first delivered to Świnoujście and then, through Poland, it will be transported to Ukraine. To achieve the goal, a specialised interconnector between the gas systems of Poland and Ukraine will be built. U.S. Energy Secretary Rick Perry called the signing of the memorandum “an amazing ‘win’ for the energy security, the economic security and the national security of all three countries”. Secretary of the National Security and Defence Council of Ukraine Oleksandr Danylyuk pointed out that Ukraine has not been buying gas from Gazprom for a few years now. “The next step is to gain access to LNG, a gas which is mainly imported from the U.S.”, Danylyuk said.

The agreement means transforming Poland into a gas hub through which the Americans will be able to sell their own LNG to the neighbouring countries. It is possible that, after Ukraine, Belarus will be next. Minsk is considering the possibility of buying American LNG through Poland. It is not known yet what the final result of autumn talks with Moscow on gas prices for Minsk will be in the following years (at present, Belarus pays Gazprom $127 per 1,000 cubic metres). The same is said about the import of U.S. oil by the Belarusians. The Belarusian Oil Company (BNK), a state-owned oil concern, has recently hired an American lobbyist whose main task in Washington is to lead to the weakening of sanctions and to reach an agreement on the export of U.S. oil to Belarus. The case concentrates on obtaining a licence for the Belarusians “to purchase oil with the delivery to refineries in Belarus” from the U.S. administration. In the past, Belarus has already tried to diversify its sources of oil imports, for example, there had been oil supplies from Venezuela and Azerbaijan. The idea of buying oil from the U.S., especially during the time of the escalating hydrocarbon war between America and Russia, is yet another challenge for Moscow. It is clear to see that the Russians will soon face huge problems with maintaining their position on the Central and Eastern European markets. More and more gas and oil are entering the market due to the shale boom across the ocean. This does not only affect the global reduction in hydrocarbon prices (it hits the Russian budget), but it also makes the U.S. raw material more competitive with the Russian one in Europe.

Author:
Grzegorz Kuczyński – Eurasia program director. He graduated in history at the University of Bialystok and specialized Eastern studies at the University of Warsaw. He is an expert on eastern affairs. He worked as a journalist and analyst for many years. He is the author of many books and publications on the inside scoop of Russian politics.