The results of these “referenda” are known well in advance. Russian President Vladimir Putin likely intends to annex occupied southern and eastern Ukraine directly into the Russian Federation in a few days. This operation is aimed at mobilizing Putin’s supporters in Russia and stoking fears of nuclear attacks if Ukrainian forces liberate the whole regions of Kherson, Zaporizhzhia, Donetsk, and Luhansk. 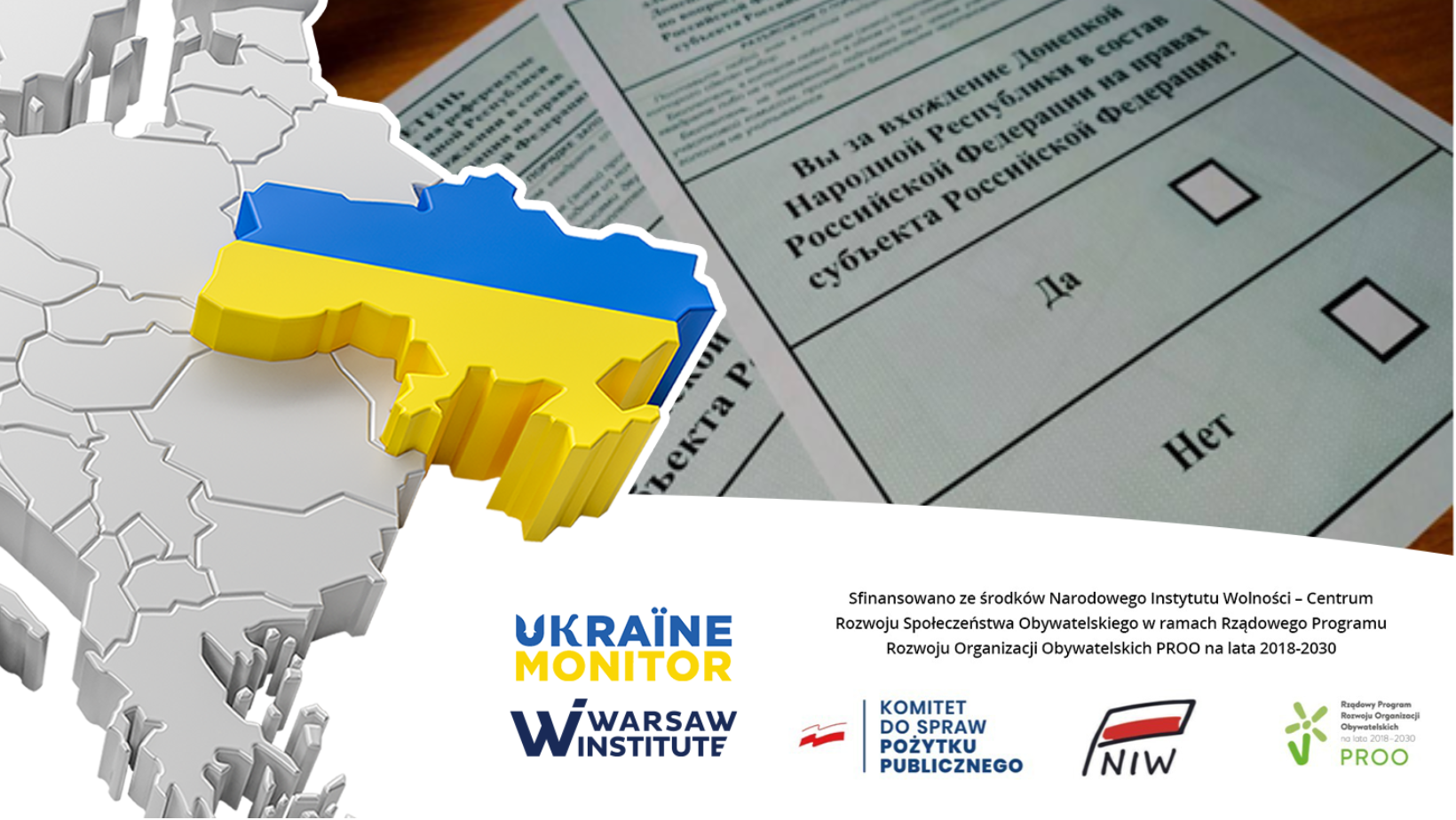 Voting there is due to run from September 23 to 27. In Donetsk and Luhansk — which Putin already recognized as independent before invading Ukraine in February — residents are answering if they support their “republic’s entry into Russia.” Ballots in Kherson and Zaporizhzhia ask the question: “Are you in favor of secession from Ukraine, formation of an independent state by the region and its joining the Russian Federation as a subject of the Russian Federation?” Representatives of the Moscow-installed military administration in the occupied parts of Ukraine’s Kherson region visit homes, forcing people to attend Russian-staged referenda. People in the regions Russia has seized this year are also coerced into casting a ballot. If any person refuses to vote or casts a “no” ballot, men could be called up to the Russian army while women––asked to leave their houses. No international journalists or observers are present for the sham proceedings. Ukraine and its Western allies have said that they will not recognize the Russian annexation of Ukrainian territories. Russia is already claiming a turnout of 45 percent on the pseudo-referendum show to annex the territories it claimed back in June and July. No census is available while cities like Lysychansk or Severodonetsk were literally razed to the ground. While these votes are sham and their results rigged, the Kremlin is seeking to make them look “democratic.” The Ministry for Reintegration of the Temporary Occupied Territories of Ukraine listed eight countries that had provided their observers for sham referenda. Those are representatives of Belarus, Syria, Egypt, Brasil, Venezuela, Uruguay, Togo, and South Africa. Ukraine demanded an urgent meeting of the UN Security Council over the holding of pseudo-referenda in the Russian-occupied territories of Donbas. The meeting is scheduled for September 28, which is when the sham referenda will end. The State Duma, Russia’s lower house of parliament, may be submitted bills incorporating Russian-occupied parts of Ukraine into Russia on September 28 before debating them the next day. Proceedings will wrap up on September 30, with Putin’s address to both houses of the Russian parliament to announce the incorporation of Ukraine’s regions of Donetsk, Luhansk, Kherson, and Zaporizhzhia into Russia. Earlier that day, agreements will be signed to include four regions in the Russian Federation. Putin is likely to use the referenda to stoke fears that Russia could deploy nuclear weapons to scare off a Ukrainian offensive. The Russian military doctrine says  Russia “reserves the right” to use nuclear weapons to respond to all “weapons of mass destruction” attacks if the country is at any risk.