Although Western sanctions have not yet started to hit the Russian economy, the country’s energy export is now in trouble. Russia is seeing a drop in oil output, refinery throughput, and export figures. But for the OPEC+ cartel and its stance, Russia would be in bigger trouble, though. 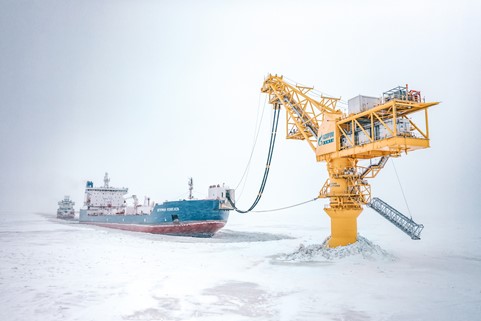 Sanctions have already knocked 2 to 3 million barrels per day (b/d) of Russian crude oil and products. Russia is trimming refinery output. In the first half of March, the country’s refineries reduced throughput by 6 percent month-to-month. They are likely to see a 7 percent decrease in the whole month perspective. And it is just the beginning. Figures will drop further as Russian exports are reduced amid EU and U.S. sanctions while the country’s output somewhat stalled. As estimated by Argus, oil production (without condensate) in Russia may decrease by 16 percent as early as April to 8.8 million barrels per day compared to March. Crude oil loading at Russia’s largest export terminals has dropped, but not as dramatically as expected. Export volumes from the Black Sea port of Novorossiysk as well as Primorsk and Ust-Luga in the Baltic Sea and Nakhodka in the Far East have been fairly stable. The United States and the United Kingdom introduced a ban on imported Russian oil and refined petroleum products. European energy firms quit their joint initiatives with Russia. The EU has, however, not decided to ban imports from Russia. If it did, Russian trade would be crippled as the country sells 80 percent of crude oil to EU states. Now around 40 percent of Europe’s oil and gas is imported from Russia. A blanket ban on gas purchases would have a more immediate impact on the EU economy while becoming deadly for Russia. EU nations have taken efforts to retain nuclear energy and develop renewables and hydrogen sources. In the face of war, these efforts stepped up while delivering a blow to Russian energy exports. For now, there are no signs that OPEC+ will change course at its next meeting on March 31. The group seems likely to continue its policy of adding 400,000 b/d to the market each month. Saudi Arabia and the United Arab Emirates (UAE)—the only two OPEC+ states that could quickly bring additional supplies onto the market—are in no mood to do so. Russian oil firms are thus redirecting their commodity flows to China and India. But this may take years, both due to logistical problems and the fact that Russia is incapable of sending oil to India like it now does to China as there is no pipeline connection between the two. Another thing is that Russia could trade its oil to China and India way cheaper than it now sells to the EU.