The classified seventh paragraph of the decree of Vladimir Putin contains information on the mobilization volume, which now remains unknown. Russian Defense Minister Sergei Shoigu made reference to up to 300,000 people being mobilized in phases but some news outlets reported that the real target is four times as many. Contrary to what Putin said, the military call-up is not partial, but widespread, while it is state authorities that decide who is summoned. 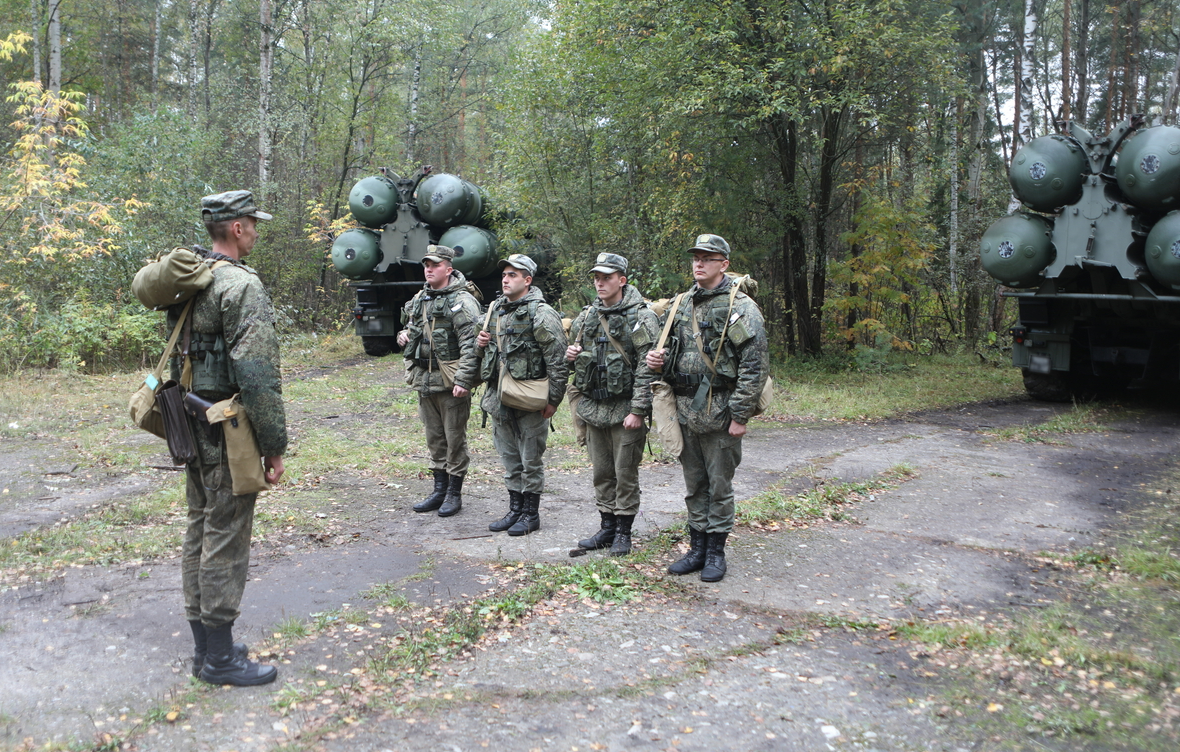 Russian authorities on September 24 detained more than 700 people at protests against the partial mobilization ordered by President Vladimir Putin last week. Police detained nearly 300 people in Moscow and St. Petersburg while similar rallies took place in twenty-five cities throughout the country. Some 1,500 people were detained at protests denouncing mobilization. Fearful they would be conscripted into the army, those Russians who can afford to leave the country. Air tickets out of Moscow are now sold out while there are reports of huge queues at border crossings with Kazakhstan, Georgia or Mongolia as people try to leave Russia. Four of the five European Union countries bordering Russia––Poland, Lithuania, Latvia, and Estonia––began turning away Russian tourists. Perhaps Finland will follow suit. Russia is expected to respond to men fleeing the country by closing the borders to conscription-age men. By now, tougher punishments have been introduced to discourage those who refused to be summoned. Putin on September 24 signed into law some amendments to the Criminal Code that stiffens penalties for dodging service or surrendering, now punishable by up to 10 years in prison under Article 352. Those who also face penalties are people who fail to show up for military service. Putin’s vague decree, chaotic troop mobilization, and prevalent bribery mean that nobody knows who will be summoned for military service. All male citizens aged below 60 are eligible to be drafted. The Russian defense ministry on September 23 said it was exempting some bankers, IT workers, and journalists from being drafted into the army to serve in Ukraine under Putin’s mobilization. But the defense minister claims differently than local military recruitment offices. In some regions, men originally exempted from conscription are being drafted, including students, despite what Shoigu said back on September 21. Probably this is why Putin signed another decree exempting students from conscription. Full-time and part-time students will be exempt from conscription, contrary to those taking extramural education. State university students could be excluded from the draft while private university students could be drafted if in the reserve. The defense minister said only men with previous military service or relevant skill sets were to be drafted, but the real target is elsewhere. Men drafted into the Russian army come essentially from the country’s poorer regions whose inhabitants are not ethnic Russians. Russia’s mobilization has hit hard in the republic of Buryatia. The whole mobilization proceedings show how weak the Russian state and army indeed are.