Russia’s Diplomatic Failures in the Balkans: No End to the War

Russia’s attempt to undermine a deal between Macedonia and Greece may eventually end up with a great political catastrophe. Aggressive activities conducted by the state’s services have already resulted with a crisis in its relations with Greece: the country that has traditionally been friendly with Russia. The latter may have even more serious problems, as it is stribing at all costs to torpedo the idea of changing the name of Macedonia in the country. So Moscow risks a complete breakdown of its relations with Athens as well as it may result with acceleration of Skopje’s integration within the NATO structures. 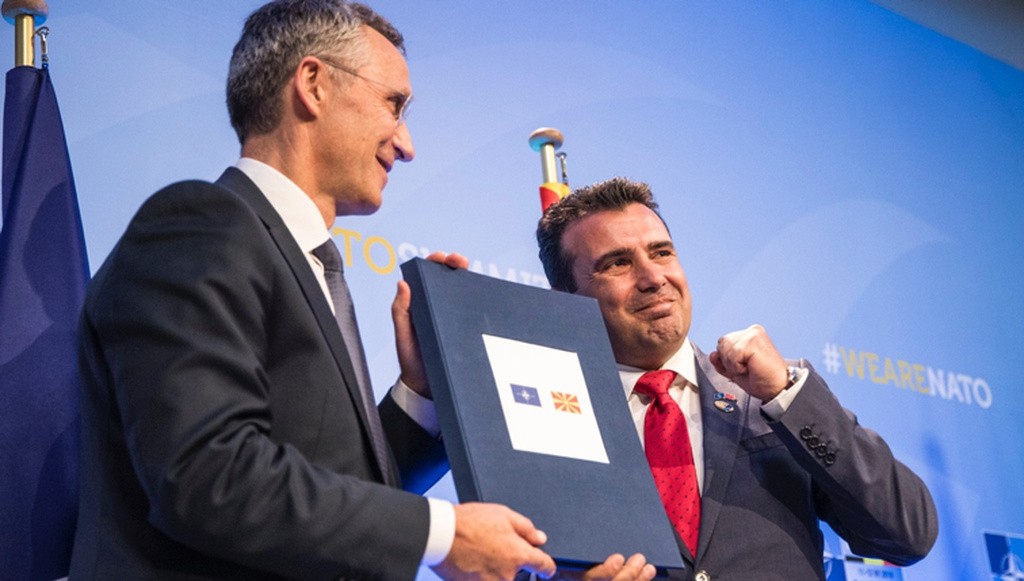 It was a black day for Russian officials and any other officers responsible for Russia’s relation with Balkan countries. On July 11, NATO leaders formally invited Macedonia to join the Alliance while Athens confirmed the expulsion of several Russian diplomats. Greece has ordered to expel two Russian diplomats and barre the entry of two others for activities incompatible with their diplomatic status. What is it actually about? The Russians tried to torpedo the agreement concluded by Athens and Skopje on June 17. Under the deal, Skopje will be obliged to change the country’s name to the Republic of Northern Macedonia whereas Greece will give its neighbour the green light to join such institutions as NATO and the European Union. In order to hinder the implementation of the agreement, the Russians probably wanted to use the nationalistic clergy of the Greek Orthodox Church. Apparently, Russia’s activity must have been very harmful, since the government, which has been traditionally considered as the most Moscow-friendly one among any other members of NATO and the EU, eventually decided to take such a drastic step. In March this year, when over 20 state members of the Alliance expelled Russian diplomats from their territories after the assassination attempt of Sergei Skripal, Athens did not take part in this action.

On the occasion of tossing out Russian diplomats, Greek Foreign Minister Nikos Kotzias revealed that he got a call from Sergei Lavrov when the deal with Macedonia had already been finalized. Russia’s Foreign Ministry allegedly admitted that Moscow would obstruct the Greek-Macedonian agreement by performing appropriate actions in Skopje. Such claim has been confirmed by some other moves taken in the following weeks. When Macedonia’s Parliament voted on June 20 to ratify the deal with Greece, they agreement was vetoed by the country’s president Gjorge Ivanov. He is strongly connected to the VMRO-DPMNE party; the political grouping aims to overthrow the left-wing government and regain authorities it had lost a year before. Politically speaking, VMRO-DPMNE is considered as center-right but it supports Russia. However, under Macedonia’s Constitution, the president is obliged to sign a bill if the parliament adopts the same act for the second time. On July 5, the proposed law was accepted by the majority in the country’s parliament, including left-wing parties as well as representatives of national minorities. Nonetheless, such move has not solved the problem yet.

Finally, the agreement with Greece will be finalized and the name of the country will be changed only after the referendum scheduled to be held in Macedonia in autumn. It is therefore necessary to expect Russia’s subversive actions to intensify. Also Macedonia’s current government should be warned by the GRU operation in neighboring Montenegro in the autumn last year. However, the coup attempt ended with the failure of the Russians and their Montenegrin allies. So far, not only has VMRO-DPMNE incited street protests but it is also seeking to block the appointment of a new electoral commission responsible for the referendum organization. Nevertheless, if the vote finally takes place, one should expect even bloody provocations that are additionally fostered by tensions in the country as well as the fact that VMRO-DPMNE are now launching a strategy of total opposition. In addition, the Russians had already fuelled the country’s destabilization with the help of its agency (and the Serbs being its important component) before the government change in Skopje.