A controversial law adopted recently in Russia is a milestone step towards restricting freedom of speech in the country. Passed on March 13 by Russia’s upper parliamentary house, two bills establish financial punishments for the way how the legislation was drafted leaves much room for the prosecutor’s office that was given greater competences in this respect, enabling it for a more efficient fight against those who voice criticism over the regime while nipping all negative judgments in the bud. This is yet another evidence of the Kremlin’s ever-tightening course in the state’s domestic policy, confirming that the authorities no longer count on restoring social trust by financial means that proved effective in the past. 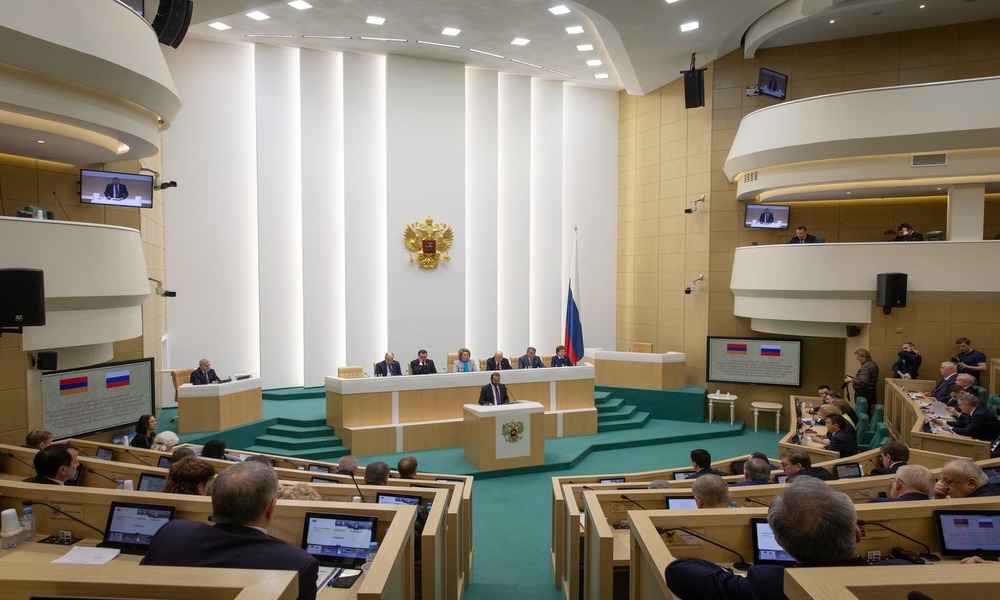 Russia’s Federation Council passed the legislation on March 13; earlier, both laws had been adopted by the State Duma, the parliament’s lower chamber. The draft act on disseminating fake news defined it in a comparable way to its global definition. Spreading such news will be punished with fines whose amount will depend on how dangerous such information is. Individuals will face fines up to 100,000 roubles ($1,500) while legal entities – up to 500,000 roubles ($7,500). The legislation will establish penalties for spreading information that “exhibits blatant disrespect for the society, government, official government symbols, constitution or governmental bodies of Russia.” Refusal to comply with the law is punishable by fines between 30,000 and 300,000 roubles, thus lower than those submitted by the fake news act, yet it also provides for 15 days in custody. Attention should be paid to a powerful position of the prosecutor’s office that will be now entitled to making decisions on whether and how the law should be applied, pushing aside courts. Both new laws will provide for removing prohibited Internet content and prosecuting its authors at the initiative of the prosecutor’s office yet with no prior court decision.

Russia’s human rights council called on the upper house of parliament to reject the law. Its members argued that the fake news legislation empowers the prosecutor’s office and the state internet watchdog Roskomnadzor to oversee “absolute truth.” The council said the bill on showing disrespect to the authorities violates freedom of speech indicated in the Russian constitution. Naturally, the council’s opinion was dismissed, meaning that it has little political influence in the Kremlin. Kremlin spokesman Dmitry Peskov said that the new legislation does not constitute an attempt to introduce censorship in the country.

Both laws may be interpreted in various ways, entitling the authorities to portray all kinds of uncomfortable information as fake news. The same can be said about the second act, under which printing a cartoon joke might be punished by prison. Proponents of the new legislation do not hide that the recent law will be employed to impose censorship on any reports that may trigger criticism of the regime. This was the case of online rumors circulating around such disasters as a fire in a shopping mall in the Russian town of Kemerovo, according to which unofficial death toll exceeded that announced by local authorities. That new legislation is of both repressive and censorship nature is evidenced by introducing unclear criteria for removing undesirable content from the Internet and severe financial fines. Non-compliance with the fake news bill is punishable with fines up to $1,500 for individuals while $4,500in the case of the second legislation. Critical of new laws passed by the state parliament, Russian press noted that penalties for drunk-driving amount to no more than $500.