Russia Plans to Cut Itself Off From the Global Internet

A gradual loss in popularity incited the Russian authorities to tighten control over the Internet. In fact, it is not about increasing Russia’s censorship activities but disconnecting the Russian internet segment, also referred to as Runet, from the World Wide Web. The Russian army is simultaneously conducting works on designing a type of Runet that will be both fully controlled by the regime and isolated from the rest of the world. 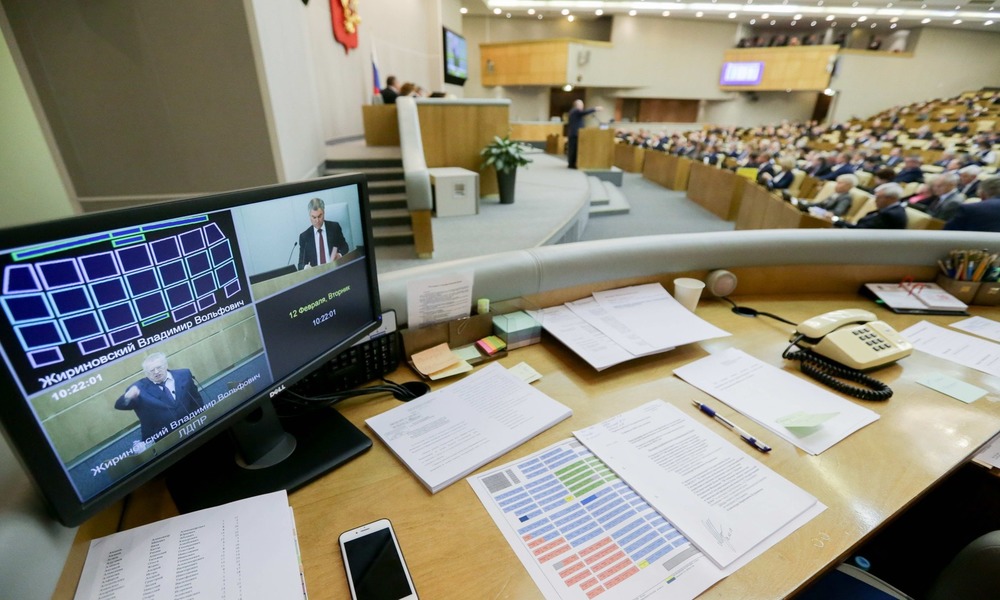 Russian Defense Ministry has begun to build the Multi-service Transport Network System (MTSS), or “sovereign Internet”, Russian media informed on March 12. The system is scheduled to be fully operational within two years, with the first stage completed by the end of 2019. MTSS is to be outfitted with its own search engine, an electronic action log and a dedicated user identification system. Completely cut off from the World Wide Web, the network will have no exchange points. All data amassed will be then transferred to internal servers administered by Russian Defense Ministry that has already begun to set up data distribution centers subordinated to the territorial key area. In fact, efforts are being made to generate a gigantic programme managed and controlled by the army.

On February 12, the State Duma adopted a draft law on “defending the Russian Internet against threats from other countries” in its first reading. The bill, which was submitted by senators Andrei Klishas and Lyudmila Bokova on December 14, 2018, provides for cutting Runet off from the World Wide Web. An explanatory note to the proposal said it was drafted in response to the “aggressive nature” of the U.S. National Cyber Strategy, approved in September 2018. Russia’s lower parliamentary chamber passed the bill 334 votes for and 47 against. Also, the law is backed by the government whose representatives estimated that its implementation would require additional expenditure annually worth up to 130 billion roubles, or nearly $2 billion. So far, it has been neither specified how costly the project would be nor what financial and economic reasons stand behind. Russian lawmakers are now planning to pass legislation setting measures to ensure the proper functioning of the Russian internet segment after it disconnects from the outside world. Proponents say the bill will increase the security and stability of Russian Internet in the event of an emergency.

The second reading is expected to take place in the State Duma soon. Thousands of Russian citizens gathered on March 9 in several Russian cities to protest against the introduction of the bill. An estimated 15,000 people mobilized at the streets of Moscow and 28 people were detained: they now face a fine of 300,000 roubles ($4,500) while some of them – even up to 30 days of prison.

The army’s ambitions to develop the MTSS network and works conducted by the State Duma have little in common as the act applies to already existing infrastructure. It provides for the tools that will be handed to the Russian telecom supervisor Roskomndazor and operators, permitting them to more efficient network filtering while giving them control over exchange points and cross-border internet traffic transitions. Once established, the dominance over the domestic Internet will empower the regime to exert full control over social discontent. With the regime-dominated traditional media and limited coverage of its few independent equivalents, the Internet remains the only objective source of information, as exemplified by the Kremlin’s attempts to block Russian-speaking online media operating outside the country. Yet it seems vital to prevent citizens from using online resources, including social media, as a tool for horizontal communication, or at least seriously impede such procedures. It is only through online media that common initiatives may come up, leading to potential demonstrations, as evidenced by massive anti-regime events organized by Alexey Navalny that prompted Russian citizens to publicly voice their discord in a number of Russian cities. Also, gigantic protest rallies that sparked in Russia in late 2011 and early 2012 were possible thanks to information available online. Russian opposition, whose members accused the authorities of vote-rigging during both parliamentary and presidential elections, drew thousands of people to the streets, which resulted in a vivid image that Vladimir Putin may have in mind until now.