Vessels of Russia’s Northern Fleet have completed anti-submarine drills in the Norwegian Sea, the Russian defense ministry said on January 31. This is yet another manifestation of Russian naval drills: the country’s vessels left their bases to practice warfare in many places around the world. 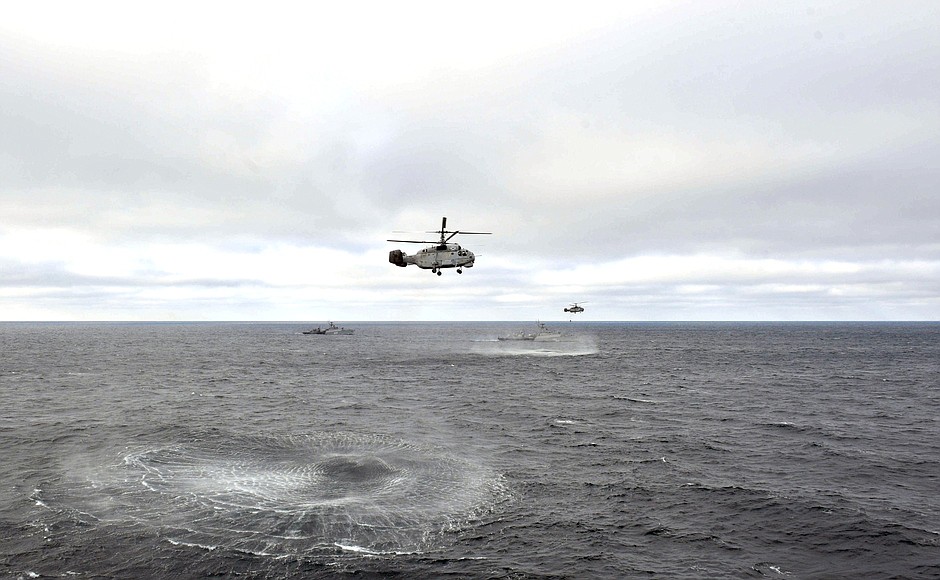 The drills in the Norwegian Sea were part of large-scale maneuvers of the Northern Fleet and Arctic forces that had begun a few days before. The crews of the missile cruiser Marshal Ustinov and the frigate Fleet Admiral Kasatonov “hunted down the notional enemy’s submarines” with the help of an anti-submarine warfare helicopter (Ka-27M), Russia’s defense ministry said in a statement. Reports have been about Arctic drills of the Northern Fleet as well as some other maneuvers in the Baltic Sea and the Black Sea. Russia announced it would stage a live-fire exercise west of Ireland. The country said on January 20 its navy would stage a sweeping set of exercises involving all its fleets “in all areas of their responsibility.” Never before have Russia’s all main naval formations (Northern Fleet, Baltic Fleet, Black Sea Fleet, Pacific Fleet, and Caspian Flotilla) practiced together. Overall, the sweeping drills will bring together over 140 warships and support vessels, more than 60 aircraft, 1,000 items of military hardware, 20,000 navy personnel, and 10,000 airmen and ground troops. Drills are held under the general command of Russian Navy Commander-in-Chief Admiral Nikolay Yevmenov. The naval maneuvers will focus on measures to protect “Russia’s national interests in the ocean worldwide,” according to the Russian defense ministry. Russia mobilized all assault vessels, including its nuclear-powered submarines. A set of Russian navy drills is a warning to the United States and NATO. Separate drills will run in the Mediterranean, the North Atlantic, and the Pacific and Arctic Oceans. Perhaps Moscow seeks to ramp up its navy capabilities before invading Ukraine.