Russia’s navy practiced firing at sea-based targets using its Bastion coastal missile defense system. The drills coincide with the exercises in Ukraine involving the use of vessels in the Black Sea and the Sea of Azov. With time, place, and the type of weapons used, it is possible to state that the Russian war games are a response to the Joint Efforts 2021 exercises as Moscow is flexing its military muscles. 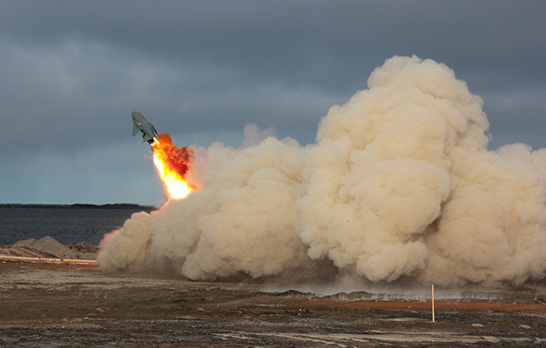 Crews fired from concealed positions and used drones in the Opuk testing ground in Crimea. Russia’s fleet practiced detecting and destroying sea targets with its Bastion system, an advanced mobile anti-ship and surface-to-surface defense system capable of destroying assault ships, aircraft carriers, and other surface targets in heavy firing and radio-electronic warfare operations. It can carry up to 36 missiles. This Bastion System, which the Russian army has had since 2010, can hit sea targets at a distance of more than 300 kilometers. It was dispatched to Crimea right after it had been annexed by Russia. With their nature and range, they build up Russia’s military position in the northern part of the Black Sea. In the event of a conflict, all sea routes to Ukrainian ports will be within the scope of their destruction. The drills in Russian-occupied Crimea came on the heels of a set of wide-ranging exercises, dubbed Joint Efforts 2021, held in Ukraine. These are also attended by military personnel from fifteen countries: eleven NATO states and four of their partners. The drills involve 12,500 people and 600 pieces of weaponry and military equipment. Ukraine’s defense ministry said that in addition to boosting the country’s defense possibilities, the drills sought to enhance its cooperation with the armies of NATO states. The exercises are set up to run until September 30. They take place close to Crimea in the Black Sea and the Sea of Azov. Russia’s Bastion firing adds to simmering tensions in the region. Once the Zapad 2021 exercises are over, Kyiv fears that Russia could use its personnel to launch a possible military operation against Ukraine. Because of Russia’s build-up of its military capabilities, the threat of military operations in southern Ukraine remains, Commander of the Joint Forces of the Ukrainian Armed Forces, Lieutenant General Serhiy Nayev said on September 20.