Russia does not want a new round of talks on Ukraine and NATO. Nonetheless, after some harsh statements from Russian officials and Moscow’s belligerent actions, including its military dispatch to Belarus, Russia is now mitigating its recent demands. This is evidenced by the statement from Russian Deputy Foreign Minister Sergey Ryabkov, who said what would satisfy Moscow in its negotiations on NATO and Ukraine. 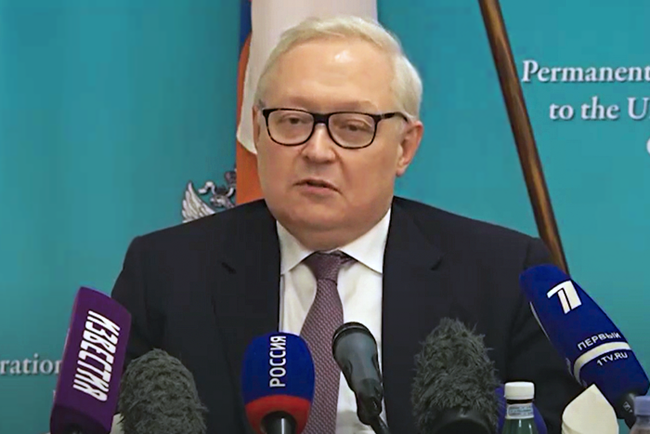 Ryabkov, addressing the Valdai Discussion Club, said Russia wanted legally binding guarantees that NATO will not expand to include Ukraine and Georgia. He called for the formal replacement of the NATO alliance’s 2008 Bucharest declaration that opened a path for both states to join eventually. “The “well-known formula of the Bucharest summit in 2008, that Ukraine and Georgia will become members of NATO, this should be excluded, this should be replaced by the understanding that this will never happen,” according to Ryabkov. Alternatively, if the U.S. makes a unilateral commitment in a legally binding manner that it will never vote for Ukraine and other countries to join NATO, we are ready to consider this option, he said, Russia’s top priority at the talks with the U.S. and NATO is to achieve guarantees through diplomatic measures that Georgia and Ukraine will not become NATO members. Russia has no intentions of invading Ukraine, Ryabkov added. “We are seeing a threat from Ukraine becoming more and more integrated into NATO even without becoming a formal member of the organization,” he said. Moscow argues that it is the West that is elevating tensions by sending weapons to Ukraine, and not Russia that holds its drills either in the country or in the Union State of Russia and Belarus. At the NATO-Russia Council on January 12 in Brussels, allied countries rejected a set of Russian demands not to expand the bloc to include new countries and reduce the number of troops on NATO’s eastern flank. Russia has refused a compromise, saying there is no ground to start a fresh round of talks on U.S. guarantees. Whether Ryabkov’s statement means Moscow’s eagerness to reach a compromise or it is just meant to strengthen Western advocates of concessions to Russia remains unknown.