Anti-government protests in Cuba pose a challenge to Russia. If the Communist regime collapsed, Moscow would lose a crucial ally in Latin America and its security foothold where the Kremlin enjoys influence, too. 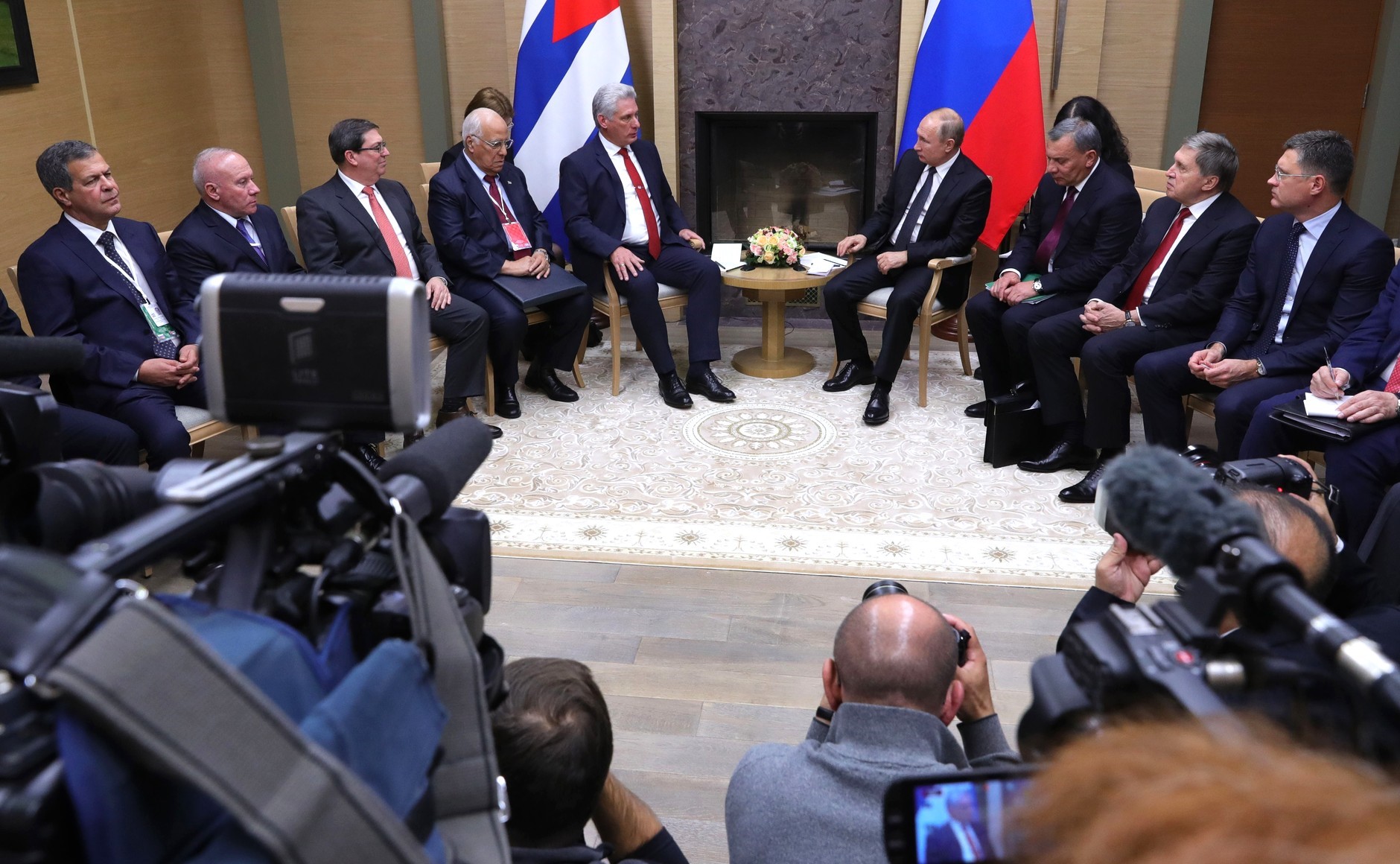 Russia dispatched nearly 100 tons of humanitarian aid to Cuba, the Russian defense ministry has informed, following unprecedented street protests over the communist country’s worst economic crisis in decades. The delivery was directly ordered by President Vladimir Putin. Two An-124 cargo planes carrying more than 88 tons of humanitarian support took off from a military airport near Moscow. The cargo included food, personal protective equipment, and more than 1 million medical masks. Putin ordered to dispatch relief to Cuba after the United States had imposed sanctions on Cuba’s defense minister and a special forces unit for quashing peaceful protests. President Joe Biden warned the measure was “just the beginning” of punitive measures against Havana. Russia earlier this month warned against any “outside interference” in Cuba. Russian Deputy Foreign Minister Sergei Ryabkov vowed support to the Communist-led country during a meeting with the Cuban ambassador to Russia.

Moscow is fearful that a regime shift in Cuba could push Russian influence out of the Latin American country. This would seriously weaken Russia’s position in the Western hemisphere as Cuba serves a pivotal role for the Maduro regime in Venezuela, notably for security reasons. Venezuela has in fact been deeply engulfed in a long-running political and economic crisis. In addition, Venezuela’s Nicolas Maduro is leaning on the protection and support of hundreds––if not thousands––Cuban officers. If the situation in Cuba continues to worsen, Cuban authorities could pull them out to defend the regime, thus causing trouble to another Latin American country, a Russian ally. Also, it was through Cuba that Russia had dispatched its mercenaries to Venezuela. At the Kremlin, a debate is on whether to dispatch advisers to Cuba to help local officials suppress the protests. But if Russian siloviki arrive in the country, the United States will respond harshly.

In October 2019, Cuban President Miguel Diaz-Canel flew to Moscow while then Russian Prime Minister Dmitry Medvedev had been in Cuba a dozen or so days earlier. Russian exports make up most of the new trade wave and include new-model Lada automobiles, trucks, minibuses, and locomotives. In September 2019, Russia and Cuba signed a trade and economic deal for the supply of liquid fuels to the island. Under the deal, there is a cooperation scheme for transport, energy, and agriculture by 2030. Yet most importantly for Moscow, its alliance with Cuba offers a range of security opportunities. In February 2019, Russia approved a 38 million euro loan for Cuba’s defense sector to purchase Russian-made weaponry. In October 2019, Nikolai Patrushev, who heads the Russian Security Council, visited Havana. On the agenda of the two-day meeting was the issue of “color revolutions” and defense cooperation as the Russian delegation included the deputy interior minister, the deputy director of Rosgvardia, and the commander of the Russian Ground Forces.