In April this year, it became clear that the United States would impose severe sanctions against Iran’s oil sector. Since that time, Tehran sought to circumvent the blockade of its black gold exports to the outer markets. Naturally, Russia is perceived as the country’s greatest ally in this respect. Moscow has always emphasized its reluctance towards U.S. sanctions while offering help to Iran. At the same time, the head of Russia’s largest state-owned oil company has threatened the global markets with price spikes being results of the American restrictions. Unofficially, there are already some speculations on how Russia would possibly help Iran to gain oil revenues. 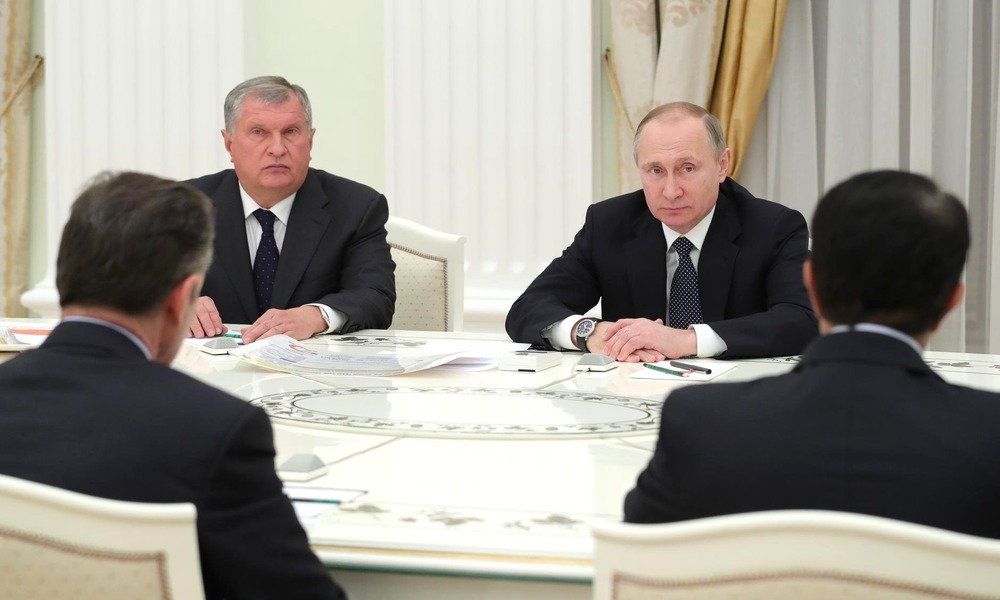 The chairman of Russia’s largest oil company and one of the country’s most influential people expressed his criticism towards the U.S. sanctions against Iran and Venezuela, warning that they might lead to some “serious imbalances in the oil market”. It is all about U.S. sanctions against Iran’s oil sector that are scheduled to be introduced on November 5. Washington does not conceal its intention to zero out Iran’s oil exports and it will push other states not to buy its raw material.

On October 25, Rosneft’s CEO, Igor Sechin, delivered a speech at The Eurasian Economic Forum in Verona. He forecasted a rise in oil prices accompanied by a reduction in its global output, claiming that the price increase will be most suffered by Western consumers. Since President Trump’s announcement to withdraw from the Iran nuclear deal, oil prices have hit 80 dollars per barrel. At the same time, Iran’s oil exports dropped by almost half from April to October, from 2.5 million barrels a day to approximately 1.2 million barrels. Tehran is currently making the best of a bad job, pointing out that even though exports have fallen by a half, the profits remain at the same level. Such a state of affairs may be explained by the fact of the growing prices of the raw material. Saudi Arabia, OPEC’s largest oil producer, has already promised to cover any market deficiencies that resulted in U.S. sanctions against Iran. The state has the intention to achieve its goal by increasing its output by 1.5 million barrels a day. Yet Sechin commented that OPEC’s output reserves could not compensate for the loss of Iranian oil in the global market. Rosneft’s CEO argued that U.S. sanctions were to serve the country’s domestic economic interests while constituting a direct threat to other countries, also those that were not subject to the restrictions. In his opinion, such an example may be Germany as the state may suffer considerable losses due to American sanctions against Russia. According to the “Times of Israel”, back in September, Iran and Russia managed to reach an agreement on a special mechanism that would allow the U.S. sanctions to be eventually circumvented. The Russians would receive the Iranian raw material in order to process it and sell to global purchasers. Such an undertaking may be perceived in terms of Iranian oil “laundering”.