Russian President Vladimir Putin has recently repeated that Russia disposes of a weapon that will ensure the state’s security for decades to come. However, Moscow seems nervous about the U.S. withdrawal from the INF Treaty, as evidenced by Putin’s declarations during his annual Q&A session. Russian President bragged about modern weapons, describing them as “unattainable for hostile defense services”, which should be perceived in terms of over-time assertions. When assessing statements by Russian officials, one may deduce that the Kremlin’s ideas to dismiss the INF and New START treaties will put Russia at a disadvantage, increasing the U.S. military benefits. 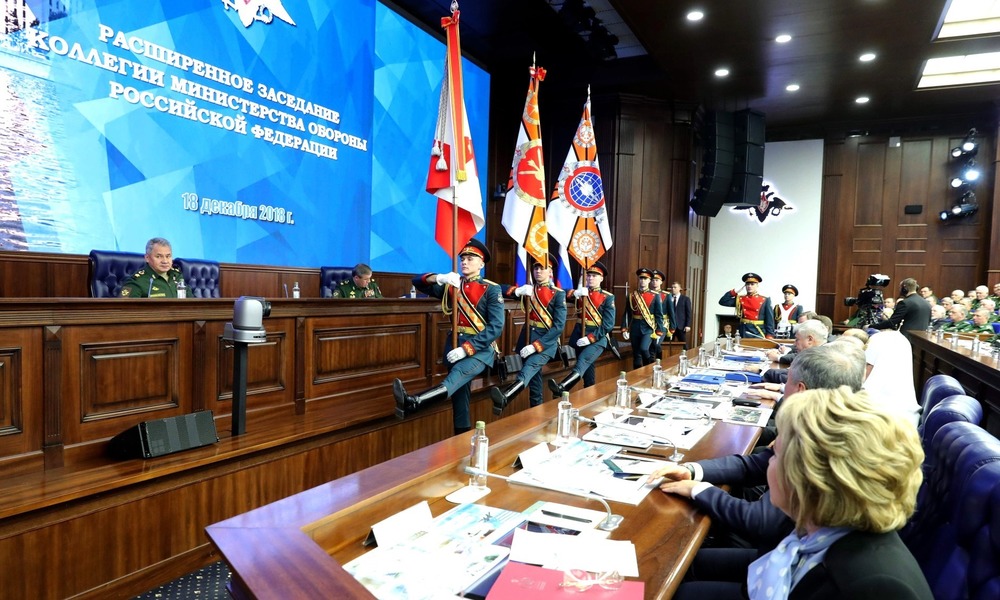 Speaking at his annual press conference on December 20, Putin warned against the U.S. pulling out of the INF treaty, calling it “the collapse of the international system of the arms race.” According to the President, it is difficult to imagine how the situation is likely to develop after the U.S. withdrawal from the Treaty. When speaking about Russia’s brand-new missile defense, Putin reiterated that Moscow sought exclusively to maintain balance. Yet his speech delivered two days ahead of the conference sounded much more fierce. On December 18, Putin took part in the Russian Defense Ministry’s annual board meeting where he expressed hope that Russia’s new nuclear weapons “will force those who got accustomed to militarist rhetoric to think.”

Putin noted that successful tests of Russia’s most advanced Sarmat ICBMs have been carried out while informing about serial production of Avangard hypersonic missile systems. Russian leader mentioned also Peresvet combat lasers and Kinzhal air-launched precision hypersonic weapons. The latter was presented by Russia’s Defense Minister Sergei Shoigu, according to whom, Kinhzal-armed aircraft have flown 89 patrol missions over the Caspian and the Black Seas this year. During an October meeting in the Black Sea resort of Sochi, Putin announced that his country is not afraid of any conflict as its army is equipped with modern weaponry. Russian leader stressed that his country will not be the first to carry out a nuclear attack while remaining in readiness to perform such an action in response to potential aggression. When addressing members of Russia’s Federal Assembly on March 1, Putin stated that Russia intends to get a cruise missile capable of delivering a warhead at any spot of the globe while not being hit by anti-aircraft defense systems. Nonetheless, it later turned out that the president’s speech was illustrated by a computer simulation that had been prepared some 11 years earlier where a Sarmat ICBM hit Florida’s territory. Putin may brag about the Sarmat missile while it should be remembered that the weapon is currently in its first testing phase. In May, CNBC television reported that the cruise missile was tested four times between November 2017 and February 2018, each resulting in a crash.

At the Defense Ministry’s annual board meeting, Putin stressed that Russia’s advanced weapons, which will ensure the country’ security for decades to come, has no analogy in the world. adding that Moscow will be forced to respond to the planned U.S. withdrawal from the INF Treaty. Russian President stressed that the state neither breached nor it has the intention to violate the Treaty on Intermediate-range Nuclear Forces. The United States does not have a defense infrastructure that would be able to detect Russian and Chinese supersonic weaponry. And yet the Russian army does not have such weapons in active service. This year Moscow has already reported on a successful launch of a supersonic missile, capable of carrying nuclear warheads while circumventing the enemy’s anti-aircraft defense.