It‘s been almost two weeks since PM Mihai Tudose left his office, after losing the support of the Romanian Social Democrats. With no time to waste, the PSD put a new name on the list of possible prime ministers: Vasilica Viorica Dăncilă. Parliament will hold an extraordinary meeting today, in order to give the investment vote to PM Dăncilă and her team, the third Social-Democrat government since last elections. The plenary session of the Chamber of Deputies and the Senate, in which the designated prime minister will officially present the list of ministers and the government program, will start at 3 PM. If the investment vote for the new Executive will be granted, it will be the first time in history when the Romanian Government will be led by a woman. 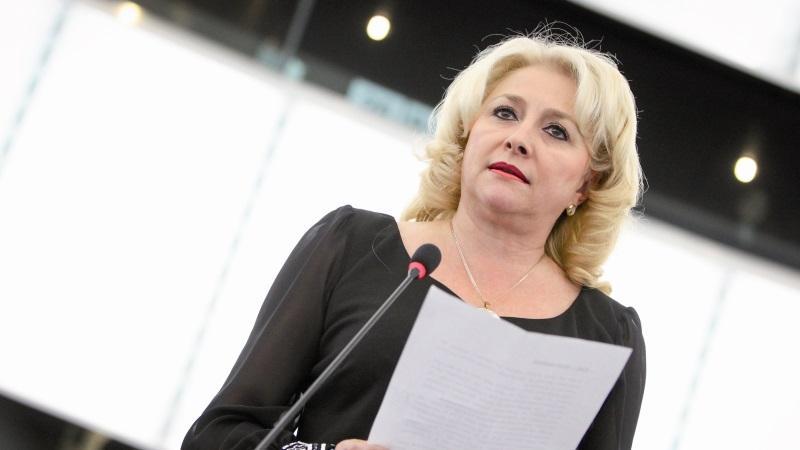 The Parliament is reunited today in an extraordinary session, in order to vote Dăncilă government, the third PSD-ALDE cabinet in a raw. The liberals (PNL) announced that it will vote against the government, as UDMR is still not sure about its position. Dăncilă needs at least 233 votes in the Parliament, the PSD and the ALDE holding a total number of 243 MPs, with ten over the minimum required for the investiture of the new Cabinet. As the PSD-ALDE parliamentary majority lost some members over the past year through the exclusion and resignation of several parliamentarians and if UDMR decides not to officially support the government, Viorica Dăncilă may record the lowest number of votes from all Social-Democrats Cabinets, proposed after the 2016 elections. In January 2017, Grindeanu Government received 295 votes and in June, Tudose Cabinet was voted by 275 MPs.

Slightly different from the previous Tudose formula, Dăncilă’s Government proposes former ministers from Grindeanu and Ponta teams, such as Viorel Stefan, Rovana Plumb and Eugen Teodorovici. The new governmental strategy states that Romania will continue to spend 2% of GDP for defense and will strengthen its strategic partnerships, especially with the USA. Romania also plans to increase the operational capacity of the armed forces by modernizing the operational capabilities of the Army and the military infrastructure. At the same time, the program advocates for the development of the Romanian Army’s cyber defense capabilities. Regarding the strategy for new investments, Romania will have to spend more in infrastructure and production facilities, with the new National Development and Investment Fund as the main state-owned financial mechanism.

On the other side, some delays in implementing the program proposed by the former Tudose cabinet can be already noticed. Most of the main economic and social measures were officially postponed by one year. This is about reducing the VAT to 18% or about granting credit for young people with no interest rate. In addition, there is no deadline for the elimination of the tax on dividends.

Vasilica Viorica Dăncilă, PSD’s proposal for the Office of Prime Minister is 54 years old and is a MEP since 2009. She started her political carrier in 1996, as a member of the Social Democratic Party, being perceived as very close to Liviu Dragnea, the PSD president.