Refugees Coming to Romania May Get More Rights and State Support, As Numbers Grow

According to a new law proposal, waiting for its vote in the Parliament, refugee programs could be extended with 6 more months, for those who find it hard to get integrated. As Romanian refugee centers reached their full capacity of 1 500 and the number of people trying to cross the border by sea raised dramatically, national authorities are seeking for solutions. Last months, more boats were intercepted by the Romanian Coast Guard and illegal crossing attempts were registered at the Serbian and Bulgarian boarder. “The Balkan Route could be replaced by the Black Sea Route, which will cross Romania too”, says Frontex. 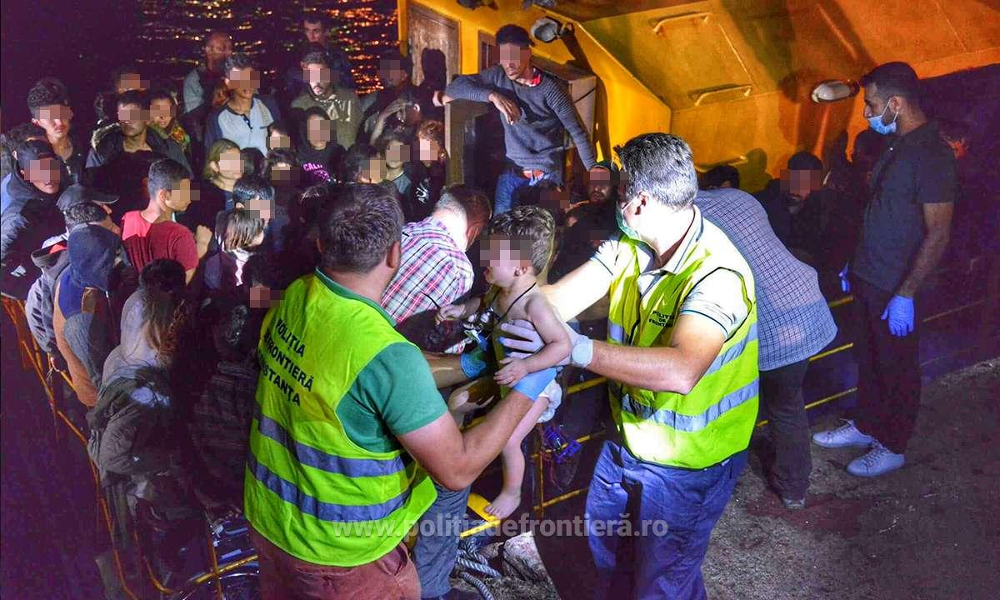 Hundreds of migrants are being stopped lately at the Romanian border, in their attempt to enter the country. This might be a clue that new ways of entering Europe are tested, as migrants try to find their way to the West. Being unable to host more than 1 500 refugees, Romanian authorities try to find a proper integration formula, which should go far beyond what was set till now. The two Romanian language classes per week, the offering of support without any attending conditionality linked to the activities designed in order to help refugees to get integrated and the accommodation granted by the Romanian state look to have failed their objectives. In an attempt to make more space for possible refugees, the new law proposal thinks to extend the assistance program from six months to one year, to increase the number of language classes, to offer access to healthcare system and even to give the possibility of paying a rent for those who are willing to leave the accommodation centers.

Even if efforts are made, results are far to be successful. According to a recent document, Romania will not be able to fulfill its commitments regarding the number of refugees that should be relocated from other EU countries. As a consequence of low integration rates and lack of accommodation capacity, Romania will host only 40 Syrian refugees, coming from Turkey, based on a recommendation made by the National Relocation Committee. The regional context which indicates the possibility of a massive number of migrants and persons in need of international protection is seen as a risk and the growing number of refugees trying to cross the borders did not allow taking responsibility for a larger number of refugees to be resettled in 2018.

In 2015, Romania was one of the voices to support the European Refugee Plan and European solidarity on this matter, even if President Klaus Iohannis didn’t agree with the quotas system. After more attempts of imposing a 6 700 refugees number, Romanian President stated that national authorities can’t guarantee an accommodation and integration capacity for more than 1 750. As shown in the new legislative proposal, the extended support program will need a 7 050 RON (EUR 1500)/ year for each refugee , meaning a total of almost half a million EUR for each 300 persons. Even if Romanian is not seen as a refugee destination, judging on its non-Schengen statute, situation could change in the following months.