Red Flag exercises, one of the most important air-combat training exercises of the U.S. Air Force, were held in Alaska and Nevada. About 100 aircraft and 1,500 airmen from the United States and other allied countries were stationed at Eielson Air Force Base and Joint Base Elmendorf-Richardson. The exercises included the practice of electronic warfare, air-to-ground operations, air-to-air combat operations as well as military logistics. For the first time ever, Finnish fighter jets were present at this international military event. 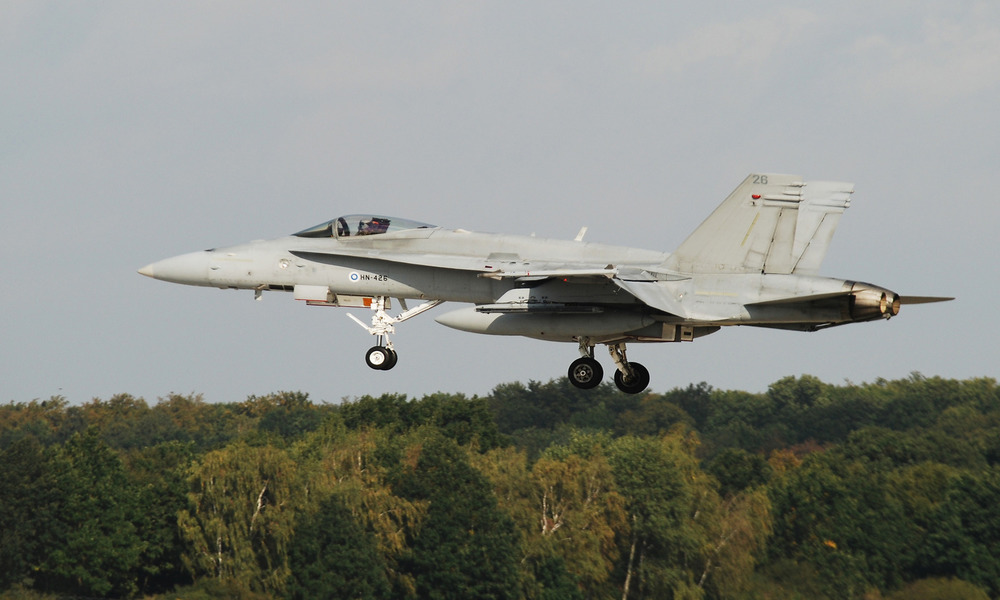 For the first time in history, the Finnish Air Force participated in Red Flag exercises held in Alaska, which are considered to be one of the most important air-combat training exercises in the world. This year’s exercises were held between October 9 and October 19. Finland sent 70 air force officers and 6 F/A-18 Hornet multi-role fighter jets to Alaska.

The participation of the Finnish Air Force in the U.S. exercises is of political and military significance. Despite the fact that Finland is not a NATO member, an increasingly frequent number of joint military exercises indicates that the country seeks to strengthen cooperation with the Alliance. This demonstrates that Finland’s security policy is directed to the West. The visit of the highest Finnish political and military officials during the exercises shows how politically significant the joint military exercises with the U.S. are for Finns. Among the visitors to the U.S. Eielson Air Force Base in Alaska were Minister of Defence Jussi Niinistö, General Jarmo Lindberg, Commander of the Finnish Defence Forces (Finnish: Puolustusvoimat), and General Sampo Eskelinen, Commander of the Finnish Air Force.

From a strictly military point of view, the Finnish Air Force gains experience of cooperating with forces belonging to NATO structures, which increases its interoperability potential. In addition, the Finnish Air Force is currently undergoing a modernisation programme. There is a discussion on whether to purchase a new fighter jet model. Two American models: the Lockheed Martin F-35 and the Boeing F/A-18E/F Super Hornet are taken into consideration. Moreover, the Boeing EA-18G Growler, a specialized version of the Super Hornet designed for electronic warfare, was one of the aircraft used in the Alaska exercises.

The next joint American-Finnish military exercises will be held this autumn. Nordic states that do not belong to the NATO bloc will participate in the NATO-Trident Juncture 2018 exercises in Norway.