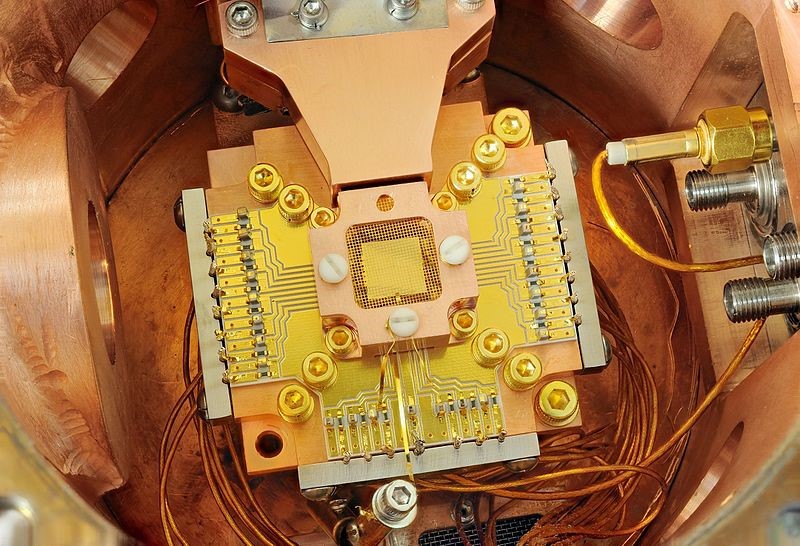 In a race whose finish line is the development and implementation of practical applications of quantum computers, the winner will have a tremendous strategic advantage. Whoever wins the technological competition of the future will become a global economic leader. That’s why it’s hard not to agree with the words of a New York Senator Chuck Schumer, who, while opting for a US bill guaranteeing government investment in the new technology sector, said: “We need to invest in science, research and development, manufacturing and innovation. (…) In the midst of one of the most consequential battles in our nation’s history, the US Innovation and Competition Act lays the foundation for the next century of American economic leadership and preserves our competitive edge for generations to come.”[1]

In 2021, global investment in quantum research and technology exceeded a total of more than $25 billion. It is not an astronomical amount, especially since it accounts for the sum of investments both planned and carried out throughout the last decade. However, considering the very narrow field, which recently was of interest only to theoreticians, it is a significant amount. The funds invested in research lead not only to the development of theoretical research, but also to the implementation of innovations that continually expand the availability of technology not long ago reserved for scientists.

Quantum computers are based on a very different model than the standard electronics we use every day. In classical physics, an object exists in a certain state. In a laptop, on our desk, information always consists of a certain number of zeros or ones. Both the files stored on the hard drive and the text of this article stored in the cache are based on the binary system. In the world of quantum mechanics, objects appear in a precisely defined state only after they are observed. Before that, the state can only be determined using probability. The computational capabilities of a quantum computer are based on non-binary qubits of information, reflecting the indeterminacy of states in the quantum world. It is this indeterminacy that can enable faster and cheaper computations. It sounds complicated, and it is. Besides, as Princeton University Professor John Wheeler used to say, “If you are not completely confused by quantum mechanics, you do not understand it.” In the future, the end user of a quantum computer will not have to worry about the complexity of the process. Just as today, he or she doesn’t need to understand how a silicon monocrystal enables zero-one signal processing in a standard computer.

Until recently, American corporations have led the way in quantum investment. In September 2019, Google announced it had achieved “supremacy in the field” by showing off its 53-cubit machine. In the last quarter of 2020, IBM surpassed its competitor by announcing to the world that it has a 65-cubit machine. Earlier, US-based IBM introduced the IBM Q System One device for sale. It is the first commercial quantum computer built on a 20-cubit chip. The computer placed in a housing made of laminated borosilicate glass, providing adequate insulation against environmental factors, does not resemble standard computing units[2]. The machine occupies an area of over 7 sqm and is 2.7 m high. A few months ago, the first unit of this type was installed in Europe. The ongoing efforts of the German Fraunhofer Institute since 2019 have resulted in the launch of the first ever quantum computer in Europe. The computer operates in the institute’s laboratory in Ehningen, 600 kilometers from the Polish border, and is part of an academic network used by researchers across Europe. “The target is to accelerate research related to drugs, vaccines, climate models and even the transport system. The investment is expected to support not only science but also the economy.”[3]

This is not the only investment of this kind in Europe. Since 2018, the EU has been implementing the Quantum Flagship program, which with a budget of €1 billion seeks to enable the EU to compete in the coming revolution. Germany has announced a €2 billion post-pandemic support fund for research on technologies related to modern computers. France is taking the same action. In January 2021, President Emmanuel Macron declared an investment of just under EUR 2 billion that France will undertake by 2026 to ensure the development of quantum technologies[4]. In Poland, scientists from Toruń and Gdańsk, among others, are working on applications for these technologies. Researchers from Warsaw cooperate with EXATEL, a national telecommunication operator providing services to the largest organizations in the public sector. Little by little, the private sector is also developing, where talented scientists try to compete for a share in the race. An example is the Creotech company based near Warsaw, which with a budget of PLN 7 million intends to develop modern solutions applied in the control systems of quantum computers. According to the company, “The result will be the first in Poland and one of the first in the world modular electronic devices based on technical parameters agreed upon by leading research groups from the USA and the EU.”

The biggest rival of the USA in the field of quantum computers is China. It is in the Middle Kingdom that investment in the development of this branch of technology is currently the highest. In the current Chinese five-year plan, this field is listed as one of the key points of development and international rivalry. In late October, Chinese physicists announced that they had built two state-of-the-art computers with computing capabilities that surpass those of Western competitors. According to the research team, the photon-based Jiuzhang 2 can solve a task in one millisecond that would take the fastest conventional computer trillions of years[6]. Investment in such technologies, spurred by Beijing, is totaling $10 billion more than the US and Europe[7]. They are scheduled to grow by an additional 7% each year for the next five years.

The race is on. Not only rewards for scientists and national economies await at the finish line. A huge opportunity for military advantage also awaits. A quantum computer can potentially allow to break all ciphers that are currently considered secure. The ability to break cryptographic security will threaten the infrastructure of any country. Scientists are aware of this and have been working for some time on cryptography solutions that will ensure secure communication in the new realities. To implement such security features, it will of course be necessary to have access to a quantum computer.