Russia offers comprehensive assistance to Belarus, notably when the European Union introduces sanctions on Lukashenko’s regime, Russian President Vladimir Putin said on July 1. Putin and Lukashenko first had a phone call and then met at the Forum of Regions of Russia and Belarus via video conference. 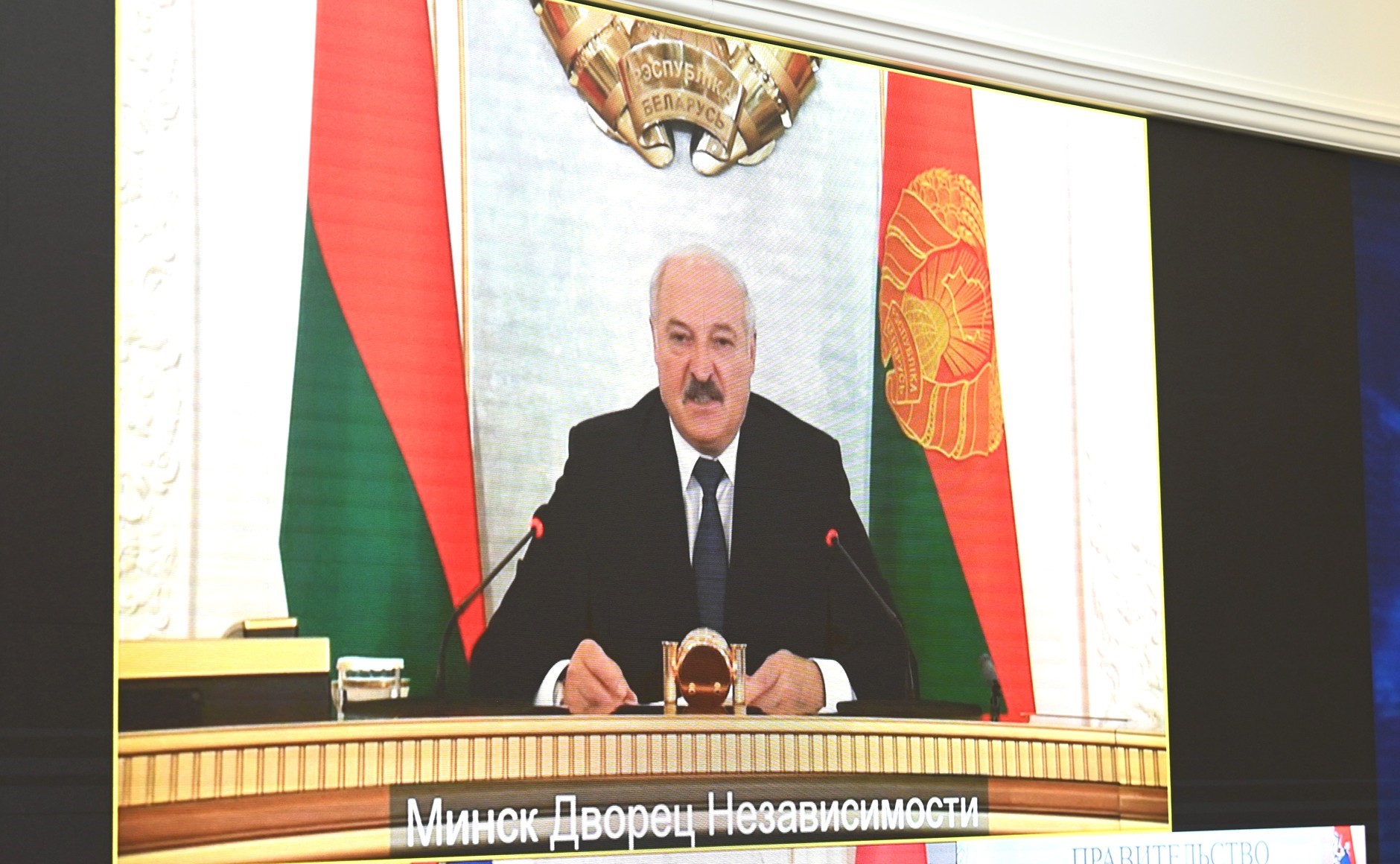 Vladimir Putin pledged support to Belarus that faces sanctions from the European Union. Some outside forces are trying to destabilize the situation in Belarus, the Russian leader told the Forum of Regions of Russia and Belarus. The Russian president also rebuffed the European Union for its recent sanctions against Belarus and called Belarus “the closest ally of Russia.” The Belarusian leader emboldened how much Russia had helped his country economically. Furthermore, he suggested preparing what he named as a long-term strategy of integration of the Union State of Belarus and Russia till 2030. By saying “long-term,” Lukashenko shows he is unlikely to hand over power in the country or allow Russia to completely absorb its neighbor. On the agenda of an earlier Putin-Lukashenko phone call were also economic issues, including a delicate matter of crude and gas prices. The talks and then the meeting at the Forum confirm that Lukashenko is having a weaker position in negotiations with Moscow. Putin is taking advantage of the ever-growing pressure the European Union now exerts on the regime of Lukashenko. The latest portion of sanctions has dealt a blow to the core of Lukashenko’s economic model thus possibly Belarus will be relying more on some economic aid from Moscow. Naturally, the Kremlin has no intention of giving its aid to the regime of Lukashenko while getting nothing in return. In addition to economic concessions, Moscow is hoping for some political ones. This is precisely why Nikolai Patrushev, who heads the Russian Security Council, flew to Minsk on June 29. The official is Putin’s right-hand man. No details on his talks with Lukashenko have been made public. Perhaps this was just about cementing ties between Russian and Belarusian power ministries, but Patrushev might have gone on a mission to gently put pressure on Lukashenko to delineate upcoming and controlled shifts in Belarus whose final stage will be the stepping down of Lukashenko as the country’s leader.