Vladimir Putin’s presence in a ceremony marking the 100th anniversary of Russia’s military intelligence services – as well as his speech – clearly indicate that the GRU should not be afraid of any purges, even in the face of a series of mishaps that have occurred over the past few months. The state’s military intelligence services obediently follow the Kremlin’s instructions, thus gaining Putin’s trust. Moreover, the President’s announcement to restore the GRU to its original name constitutes a symbolic part of the Kremlin’s aggressive policy. 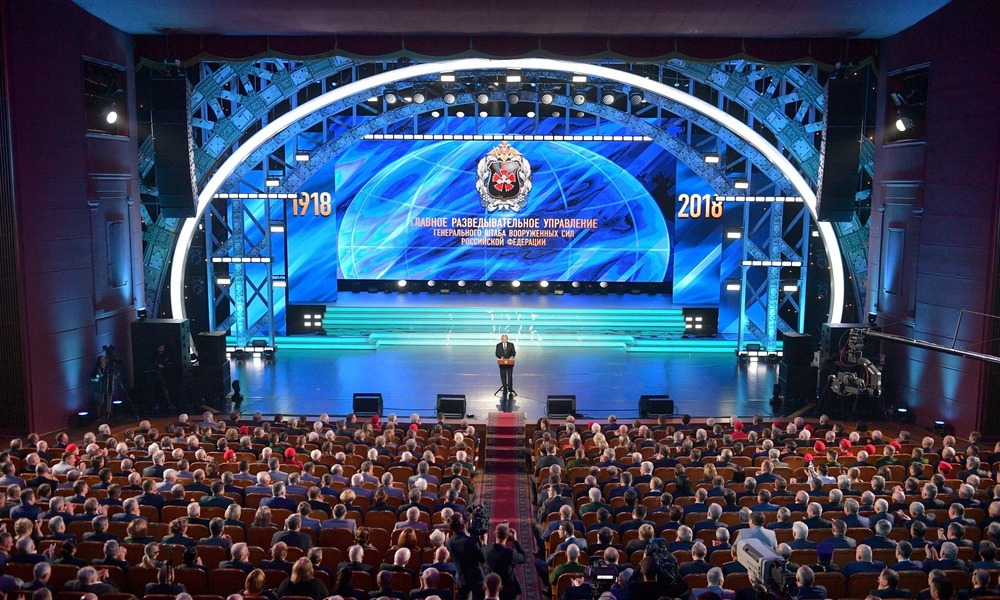 Following the nerve-agent poisoning of Sergei Skripal, a series of cyberattacks and an unsuccessful attempt to hack the global chemical weapons watchdog in the Netherlands, the unit was widely expected to fall into the Kremlin’s disgrace. In addition, Russian public opinion even speculated about a major conflict between the country’s various special services. Yet it turned out that the service may enjoy Putin’s full trust and support. Naturally, it is not known if such approval stems from the President’s personal assessment of the GRU’s hitherto activities or from a very strong position of the army and Defense Minister Sergei Shoigu. In fact, Putin has no possibility to antagonize and weaken the unit while Russia continues war activities on several fronts and is already involved in an arms race with Western countries.

Over the last few weeks, there emerged many speculations about possible repercussions that may be felt by the GRU after some facts that had been revealed by independent media or accusations made by Western states. Nevertheless, none of them seemed to exert any negative impact on the military intelligence units; on the contrary, it was the time to take advantage of the “besieged fortress” mechanism. On November 2, President Vladimir Putin took part in a ceremony marking the centenary of Russia’s military intelligence agency. While addressing both current and former intelligence officers, he expressed his wishes on the occasion on the “centenary of the legendary GRU”. Furthermore, Russian President called the GRU to be restored to its former name; it is noteworthy that since 2010, the unit is officially called the Main Directorate of the General Staff of the Armed Forces of Russia (GU) but the GRU abbreviation is still quoted by politicians and experts. Applauded by the gathered audience, Putin urged that the word “intelligence” be brought back to the original name.

In addition, the Russian leader expressed his utter conviction that the service performed its duties in a professional and effective manner. In particular, he seemed most enthusiastic about the GRU’s huge role in the civil war in Syria. Such state of matters seems to corroborate that in the context of Russia’s current “war” policy, military intelligence is likely to remain a vital tool to achieve all Kremlin’s goals. The Russian President reiterated that the officers of the Imperial Russian Army, who were incorporated into the new structure after the 1917 revolution, ensured the continuation of the service. In his opinion, they realized that “there is no greater shame than to betray the Fatherland and their comrades.” In such a manner, the President sought to refer to the case of former Russian spy Sergei Skripal, called by Putin “a traitor to the motherland”, at the same time sending a clear warning to all officers of Russia’s special forces.