Putin versus Erdogan, or the Sochi Summit

A trilateral meeting held in the Black Sea resort city of Sochi was expected to break the deadlock over Syria’s thorniest problems, including the presence of terrorists in the rebel-held province of Idlib and the future of the Kurd-controlled zones following the U.S. withdrawal. However, the Astana triangle with the presence of Iran, Russia and Turkey, did not bear fruits, meaning Putin’s failure. Russia seems most interested in settling both disputes as soon as possible as they increasingly damage Moscow-Ankara cooperation. 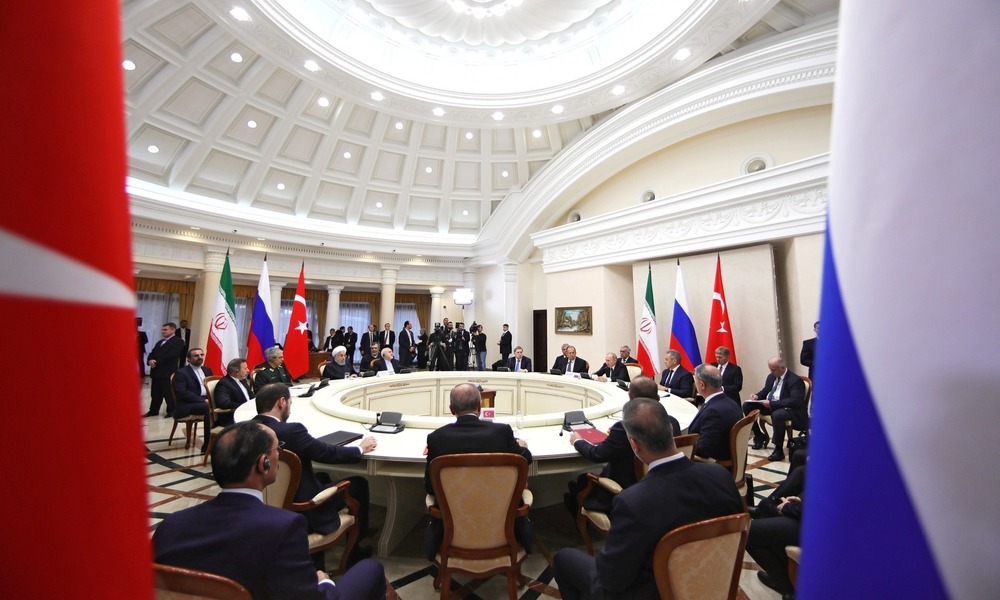 Russia, Turkey and Iran agreed that the U.S. pullout from Syria will have a positive effect, Russian President Vladimir Putin said on February 14 after trilateral talks with his Iranian and Turkish counterparts. In fact, it was the only issue towards which all three countries managed to develop a common stance. Moscow and Ankara cannot reach a consensus over Syria’s rebel-held enclave of Idlib and Kurd-controlled areas. The Kremlin is striving to destroy the last rebel stronghold, which is also due to a stronger position of radical Islamic terrorists that hold close ties to al-Qaeda. Putting Idlib under siege could pass for the end of the civil war and the victory of Bashar al-Assad who enjoys support from Russia and Turkey. The latter stands against an armed operation in Idlib, claiming that a potential military intervention threatens to trigger a humanitarian catastrophe and entail a risk of refugee influx across Turkey’s borders. Most importantly, Erdogan intends to use the Idlib issue as an argument to neutralize a threat from the Kurds;

following the U.S. withdrawal from Syria, lone Kurdish military units will seize control over a huge area east of the River Euphrates Turkey claims that such a situation may pose a threat to its borders, demanding to establish a buffer zone in northern Syria. However, the idea was dismissed by Putin and Rouhani during the Sochi summit, both of whom told Turkey it had no right to create such a safe zone unless it sought and received the consent of Assad. Russia and Iran refused to be intermediaries so theoretically Turkey needs to address al-Assad to discuss the matter. Such a solution seems unacceptable to Ankara that ceased to maintain diplomatic relations with the Syrian regime in 2011 while Bashar al-Assad will almost certainly not give his consent. Instead, under the Syrian-Russian-Iranian plan, the Kurds, threatened by a plausible Turkish invasion, will be more prone to recognizing al-Assad’s sovereignty while letting the government forces infiltrate strategic places, a price of which would be promises of both security and some indefinite autonomy. Since some time, it has been already known about cooperation between the Kurds and forces loyal to al Assad’s regime, fuelled by a report that the former allegedly sold oil extracted on the controlled zones to the government in Damascus.

Russia intends to settle disputes in the Idlib region and the northeast of the country as soon as possible as the Kremlin fears that the Trump administration could ultimately withdraw the decision on the U.S. pullout from Syria. In its turn, Turkey is in no rush: Erdogan is facing local election in March while the U.S.-Turkish negotiations are still underway. The Astana Triangle is undergoing the most acute crisis since the initiative was established; so far it has conferred some benefits to Russia and Syria, though Moscow does not want to risk a potential conflict with Turkey for other reasons. Profiting from a political rapprochement on the Syrian issue, Moscow is capable of exerting a stronger influence on Ankara’s policy towards the West and the country’s position in NATO and in its relations with the United States. Putin’s success would be greater if Moscow managed to persuade Turkey to withdraw from the North Atlantic Alliance, while their mutual ties are additionally fostered by gas and armaments cooperation As evidenced by the Syrian case, political rapprochement between Turkey and Russia acts to the detriment of Europe and the West.