The Kremlin took advantage of a meeting between Vladimir Putin and Donald Trump to consider this fact as a great success of its propaganda. Moscow’s hopes were even more fuelled by Trump’s vague statements about NATO and Crimea. Moreover, the U.S. President was not eager to answer the question whether Russia could be perceived in terms of America’s friend or rather enemy. And, in addition, Trump has overtly criticized Germany at the very beginning of the NATO summit. The reason is somehow surprising since it is all about its close cooperation with Russia. So what can Putin expect at the Helsinki summit? Its potential results remain still a great conundrum as well as they give analysts of Russian services and diplomacy a headache. 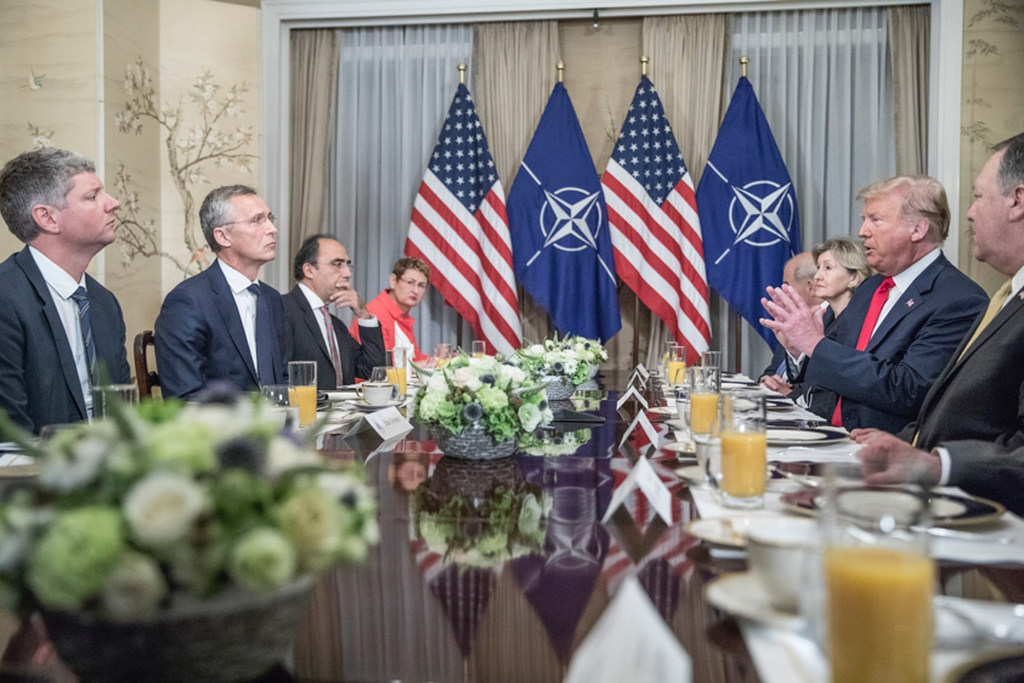 The Helsinki summit will aim to strengthen Putin’s legitimacy at the expense of the West. For Russian President, a face-to-face meeting with Donald Trumps constitutes already a great success because it clearly shows that Russia remains a partner for other Western countries, even despite its crimes and recent sanctions. Apart from the meeting itself as well as direct exchange of opinions between both leaders, any additional arrangements may act in the favor of the Kremlin. The summit is supposed to improve Putin’s recent popularity ratings; they have dropped due to the increase in the retirement age. The Kremlin propaganda will use its best efforts to depict the meeting between both leaders as a proof of Russia’s great power, comparable with the one held by the United States. Such strategy may aim to recall U.S.-Soviet summits from the Cold War era.

Trump’s approach to the Crimean problem during his talks with Putin can determine in a great extent the future of European security as well as American credibility in this matter. When the meeting was publicly announced, many people began to come up with a black scenario. There were even some suggestions that Trump might limit the presence of its troops on NATO’s eastern flank as well as leave Ukraine and officially recognize the annexation of Crimea. Of course, the negative scenario has been prepared primarily by Trump’s traditional critics who ignored real steps taken by the current American administration towards Russia, including tightening sanctions, providing Ukraine with military equipment or obstructing the Nord Stream 2 pipeline. So they can possibly say for themselves, claiming that Trump could have given Moscow some high hopes. While all U.S. officials strongly defend their position and insist that the United States will continue to recognize Crimea as part of Ukraine, the President commited a faux pas, saying that his administration is “going to have to see.” Such statement sounded all the more alarming, especially in the light of the fact that at the G-7 summit in June, the U.S. President allegedly suggested that Crimea should belong to Russia due to the large number of Russian-speaking communities living in the territory of the peninsula. In addition, Trump criticizes his European allies for supposedly not spending enough on their militaries. According to his critics, due to such moves, the President seeks to dismantle the Alliance.

Nonetheless, Trump is considered as an unpredictable politician whose decisions may appear to be highly surprising. That is why Russian President is facing an extremely difficult task. So is the state’s propaganda, as its services need to prepare several different versions on how the meeting should be interpreted. The Kremlin’s attitude to the current president of the United States resembles a sinusoid as it varies from post-election euphoria to Putin’s recent anti-American message. So there are mixed feelings as disappointment mingles with hope that “Trump takes our side”. Such scenario tended to repeat in recent weeks. After Trump’s words, interpreted as a desire to get along with Russia at the expense of Ukraine, the President unexpectedly criticized Germany, calling it “captive of Russia”, as the German government has been pursuing its Nord Stream 2 project. It is likely that Russian analysts have immediately begun to wonder that would happen to Putin during the Helsinki summit in a few days; especially if Trump criticizes his ally for its “flirt” with Russia as if he would conclude a deal with Putin.