On July 17, a snap combat readiness check kicked off, with troops of Russia’s Southern and Western military districts. It also involves airborne troops and marine infantry from the Northern and Pacific Fleets. Russian President Vladimir Putin ordered to dispatch 150,000 personnel and 26,000 pieces of military hardware to the site. 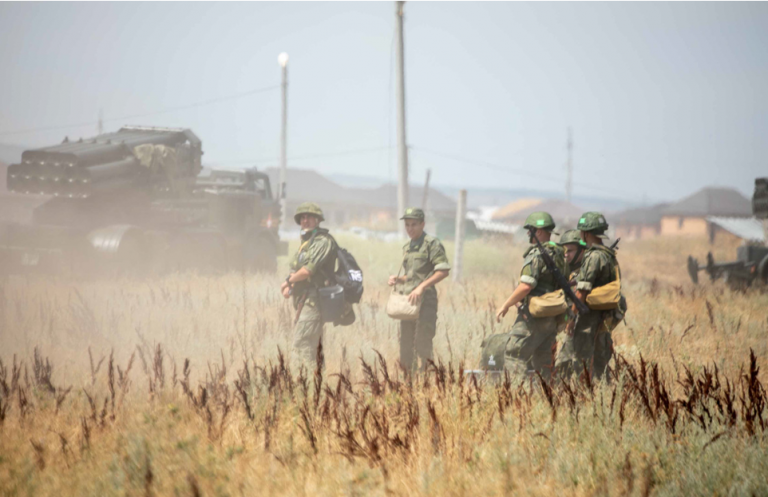 More than 400 aircraft and over 100 vessels will also take part in the military event in the Black and Caspian Seas. The Russian military was tasked with conducting as many as 56 tactical drills, according to Russian Defense Minister Sergei Shoigu. As part of the drills, the Russian missile brigade of the 58th Army in North Ossetia (Mozdok Base) test-fired the Iskander-M battery at the training ground in Stavropol Krai. With the drills, the military seeks to ensure security in Russia’s southwest, where Shoigu sees a “serious threat” from terrorism, thus pointing at Ukraine. The country borders areas of both the Russian Western and Southern Military Districts. The check will test the readiness of Russian armed forces for the Caucasus-2020 military maneuvers scheduled for September. Yet officials in Kyiv are fearful of the drills being used to invade Ukraine. But the country has now no intention of remaining idle. Defense Minister Andriy Taran said the leadership of Ukraine’s Defense Ministry and the armed forces plan to conduct Joint Effort-2020 strategic command exercises also in September, as a symmetrical response to Russia’s Caucasus-2020 war games.

A snap combat readiness check has fit into the Russian military landscape. It could be ordered for either individual units or armed forces, with those involving a whole military district being of the biggest importance. With these inspections, the Russian command has an answer to the question of how it actually could wage war. The recent check in both the Western and Southern Military Districts is not a new story; a comparable one took place last year in the Central Military District. It involved airborne troops, transport aircraft, and brigades from other military districts, including the Southern and Eastern ones. Another striking resemblance is that the combat check took place shortly before the Tsentr-2019 strategic drills.