President Vladimir Putin has fired the head of Russia’s prison system, Alexander Kalashnikov, replacing him with Deputy Interior Minister Arkady Gostev (since 2012) as head of Russia’s Federal Prison Service (FSIN). The high-profile sacking of Kalashnikov followed the firing of prison officers involved in the case. The latest personnel reshuffle came in the aftermath of leaked videos showing rape and torture in Russian prisons. 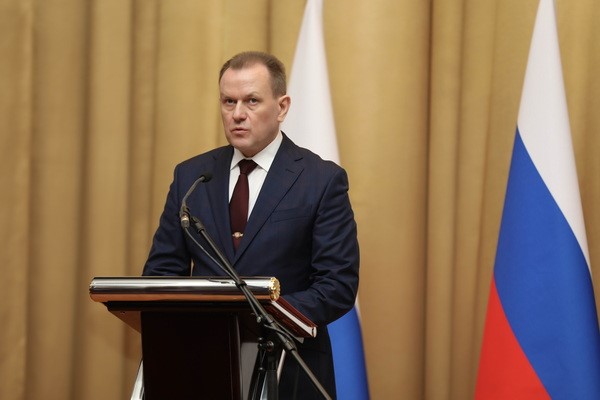 The Russian leader appointed a new chief of the prison system on November 25. Kalashnikov was in charge of the Federal Penitentiary Service since October 2019. He used to work as a senior FSB officer in the Komi Republic and then in Krasnoyarsk Krai. Kalashnikov has also been subjected to Western sanctions over the jailing of Kremlin critic Alexei Navalny. The reason for Kalashnikov’s dismissal was not specified, but it came after dozens of videos of torture from inside prisons, notably in the city of Saratov, were published recently by Russian human rights group Gulagu.net. Its members announced they had received disturbing footage and pictures showing rape and torture inside a prison hospital, perpetrated on the order of FSB and FSIN officers. The videos were smuggled out of the prison by a former inmate, Belarusian IT engineer, who has fled Russia and asked for asylum in France. Several investigations were opened while the head of the Saratov branch of FSIN, Alexei Fedotov, was being removed from his position. Earlier this month, FSIN said it had dismissed 18 officials in the Saratov region. Russian prisons and penal colonies are a vital part of a regime created by Vladimir Putin and former KGB officers. Abuses and restrained information access in the prison system are purported to make Russians obedient to law enforcement agencies. Russia’s huge prison network has long been known as a place of torture and sexual violence inflicted on inmates, according to human rights groups. Nonetheless, complaints are rare to be examined while criminal proceedings are rarely initiated. The situation is so dramatic that Russian prisons have seen massive revolts involving hundreds of inmates, the first such since the collapse of the Soviet Union. The protests in Angarsk (April 2020), Khabarovsk Krai (September 2021), and Vladikavkaz (October 2021) prompted state authorities to send spetsnaz to suppress riots. Some inmates were killed or wounded.