In early September 2021, Polish authorities donated 400,000 doses of COVID-19 vaccines to Taiwan, which was enthusiastically welcomed by Taipei. However, this does not translate to a deterioration of relations between Warsaw and Beijing and a sudden strong support for Taiwan in its efforts to be recognized as an independent state. 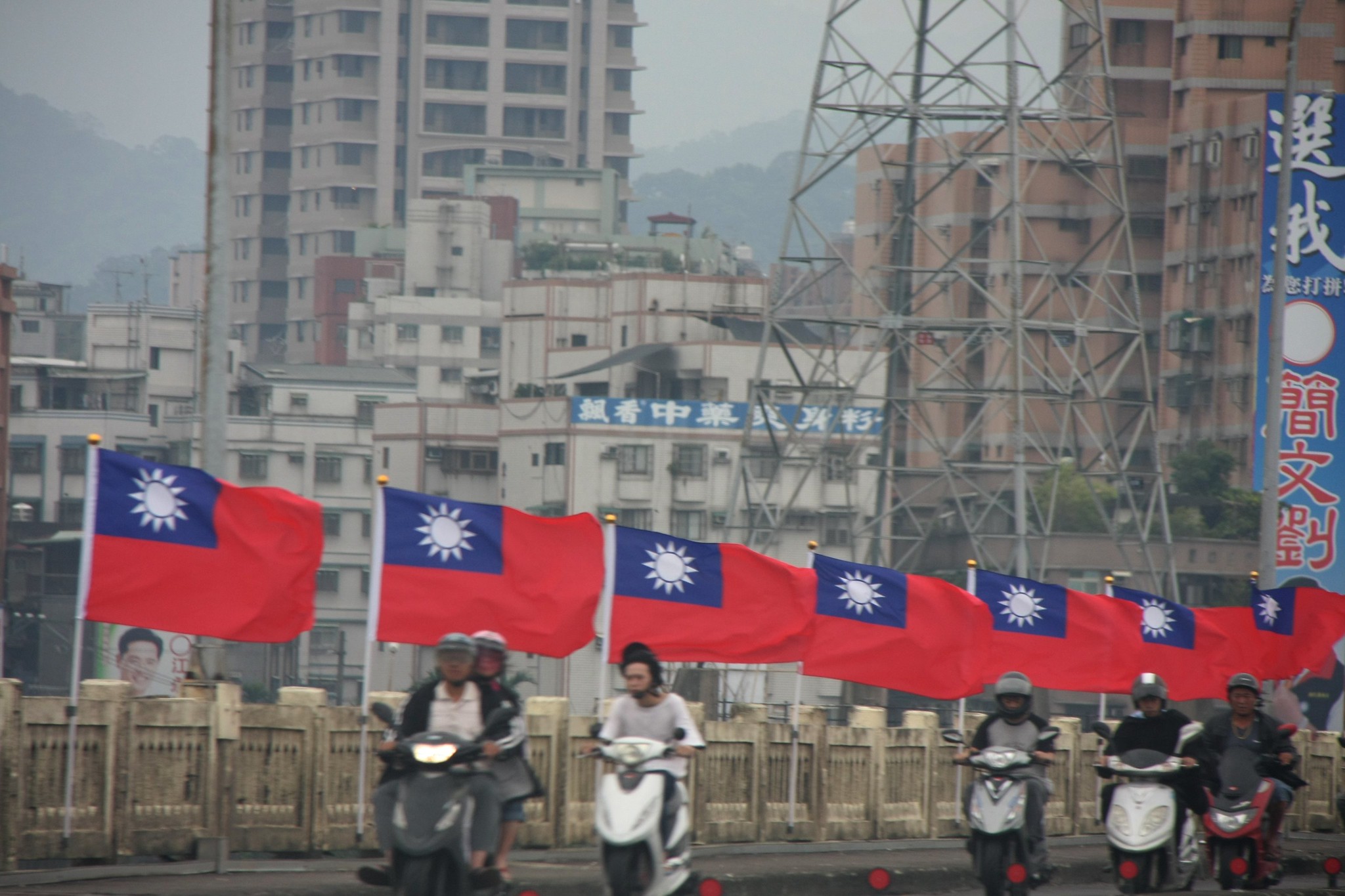 In 2021 we are still fighting the COVID-19 pandemic. Many countries, for various reasons, have not vaccinated enough people against the SARS-CoV-2 virus. States that have an excess of vaccines, or want to obtain something, or give thanks, are using the so-called vaccine diplomacy. They were joined by Poland, which unexpectedly sent 400,000 doses of AstraZeneca vaccine to Taiwan. As the Polish Ministry of Foreign Affairs reported, Taiwan donated one million face masks, 5,000 protective suits, and 20,000 surgical gowns to Poland at the beginning of the fight against the pandemic. Warsaw remembered this aid and donated vaccines as a gesture of solidarity[1].

Polish help was praised by the Taiwanese side. Taiwan’s president Tsai Ing-wen posted a thank you note for the Polish support on her Twitter profile – a photo and “Dziękuję!” sign, which means “thank you!” in Polish[2]. Taiwan’s Health Minister made a public appearance in a mask with Polish and Taiwanese flags[3], while his Ministry uploaded a Twitter post in which gratitude to Poland was expressed[4]. The Ministry of Foreign Affairs of the Republic of China (Taiwan) prepared a picture of a White Eagle (a symbol of Poland, an element of its emblem), which hands over a bottle, which symbolizes the vaccine, to a Formosan black bear (a mascot of Taiwan)[5]. The opposition Chinese Nationalist Party (Kuomintang)[6] also appreciated the donation of Poland. This is especially interesting since it implements mainly the policies of the Chinese Communist Party, so theoretically it should be against such aid.

A large “dziękujemy” (“thank you”) sign was displayed along with a Polish flag on the Taipei 101 skyscraper, the largest building in the country and one of the largest buildings in the world[7]. Additionally, the Polish breakfast cereal was promoted by the Taiwanese branch of Carrefour store by placing a special label next to this type of product[8]. The Taipei Economic and Cultural Office in New York also posted a thank you note on its Twitter account[9].

Vaccines from Poland are the third largest donation that Formosa has received from abroad. The largest one came from Japan (over three million doses of vaccines), followed by the US (2.5 million doses). Additionally, the Czech Republic sent 30,000 doses of COVID-19 vaccines while Lithuania contributed 20,000 of them. Moreover, it is expected that Japan will deliver a 3rd batch of the vaccines while 10,000 of them will come from Slovakia[10]. The discussions on the social media frequently featured phrases such as “dumpling alliance” or “dumplings for democracy,” because dumplings are one of the traditional dishes in the European countries that donated vaccines to Taiwan[11].

It was not the first cooperation between Warsaw and Taipei this year. In May 2021, the Polish Office in Taipei donated a total of 1,500 protective suits to the Taipei City Hall. During the pandemic, Poland helped Taiwanese students to return to their homeland. Warsaw chartered a LOT Polish Airlines plane for them to return directly to Taiwan[12]. In February 2021, the Act on the Principles of Cooperation in Criminal Matters between Poland and Taiwan came into force. Poland is the only EU country and one of the few in the world that has signed such an agreement[13]. A year ago, the first commercial flight between Warsaw and Taipei took place[14] and Polish apples began to be exported to Formosa[15]. In addition, the Foreign Trade Office of the Polish Investment and Trade Agency was established in Taipei in September 2018 to promote business contacts and support investment[16].

Bartosz Ryś, acting Chief of the Polish Office in Taipei, said in an interview with the Central News Agency (CNA) that “Taiwan is an attractive trade partner for Poland and, I believe, for other countries in Central and Eastern Europe.”[18] According to him, Poland can be a good place to relocate manufacturing and business operations. He also suggested that Taiwanese companies may participate in the Three Seas Initiative and the Three Seas Initiative Investment Fund to strengthen their presence in the region. Moreover, he noted opportunities for Polish products, such as beverages, chocolate, cosmetics, and ceramics, on the Taiwanese market. Additionally, Ryś reported that more than 1,000 Taiwanese students are currently enrolled at Polish universities[19].

Despite seemingly very good relations, Poland still recognizes China’s “One China” policy. This was confirmed by the Head of the Polish Ministry of Foreign Affairs Zbigniew Rau during his visit to Lithuania. He said that “as far as China and Taiwan are concerned, the Polish position is absolutely clear. We recognize the One China policy. We recognize Taiwan as part of China.”[20] He added that, in his opinion, the Taipei Representative Office in Poland does not have a diplomatic, but rather an economic and cultural nature[21]. Chinese and Russian media outlets quickly noticed the message of the Polish Minister of Foreign Affairs and started to spread it across their websites[22]. The Polish Ministry of Foreign Affairs removed the post about sending vaccines to Taiwan from its social media accounts, probably due to the pressure from Beijing[23]. After Rau’s words, the Taiwanese media stated that “Poland put the brakes on” and it wanted to stay out of trouble[24]. A 65-member delegation, representing Taiwan’s National Development Council, will visit the Czech Republic, Slovakia, and Lithuania in October to promote Taiwanese investment in the region[25].

With a population of 24 million, Taiwan was doing well in fending off the pandemic. Only in May and June of this year, the number of infected people increased significantly. For this reason, the vaccination campaign had to be accelerated, but there was a shortage of supplies. According to Taiwan’s ruling party, their delivery was delayed by China. Such actions, are part of China’s policy of pressure on the island. Formosa began distributing its own vaccine in August. It was manufactured by the Medigen Vaccine Biologics Corp. with the support of the US National Institutes of Health[26].

Most probably Poland has gained more popularity and sympathy among the Taiwanese public thanks to the donation of vaccines. A dozen or so days after this event, the most influential news organization in Taiwan, the CNA, took interest in the Polish Office in Taipei, which allowed for the promotion of Polish products. Perhaps this will translate into even greater economic exchange in the future, although other countries, especially Lithuania, are collaborating with Taipei to a greater extent.

Although Warsaw upholds the “One China” policy and does not want to antagonize Beijing, it attempts to improve its relations with Taiwan. I do not believe that Taipei felt betrayed by the words of the Polish Minister of Foreign Affairs Zbigniew Rau since most countries around the world maintain a similar position. It is interesting that Beijing, which is against the donations of vaccines to Formosa by foreign countries, has remained calm and not spoken out bluntly on the subject this time. On the other hand, China’s pressure or Poland’s concern for good relations with Beijing forced it to remove the post about sending the vaccines from social media. Rau’s statement upholding Taiwan’s status as well as keeping the announcement of the vaccine shipment secret until the last minute, may also point to conservative actions of Poland. Likewise, China may be keen not to damage relations with Poland since it knows that we are an important EU country and it would like to do more business with us. It is not yet clear what will happen with the law that could significantly limit Huawei’s investment in Poland. Beijing has sent a new ambassador to Poland – an experienced diplomat. It seems that both Beijing and Warsaw will take a pragmatic approach to their mutual relations.