The Minister of the National Defence Mariusz Blaszczak visited Lithuania last weekend. His visit was connected with the 100th anniversary of the establishment of the Lithuanian Armed Forces. Except for the participation in the ceremonies and visits to the Polish memorials, Minister Blaszczak took part in the talks between the ministers of defence of the Baltic states and signed a declaration about the Polish accession to the „Cyber Rapid Response Teams” programme, which is a Lithuanian initiative within the Permanent Structured Cooperation (PESCO). 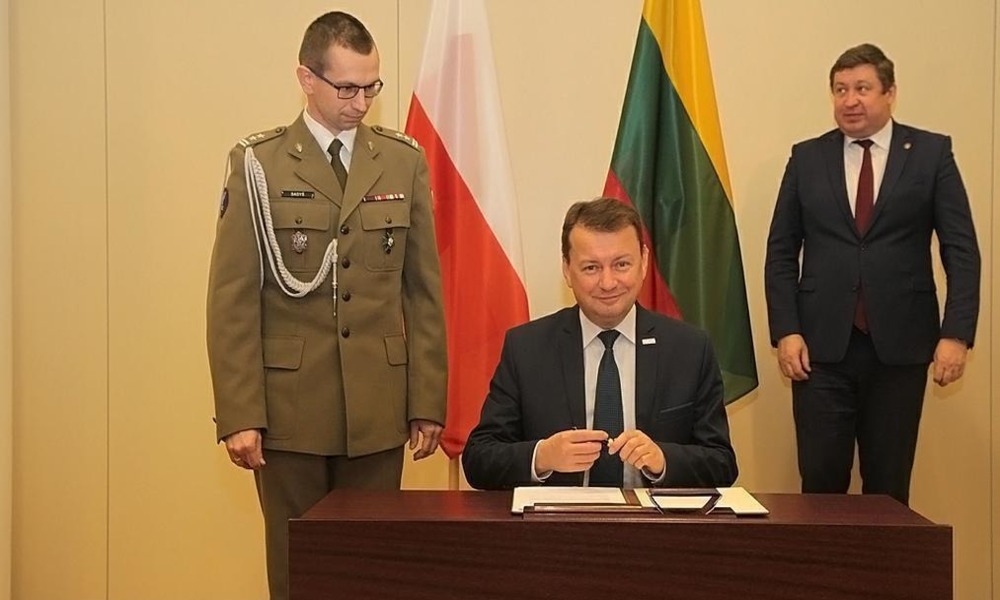 The visit of the leader of the Ministry of National Defence in Vilnius had two meanings. The first one was symbolic and concerned the participation in the 100th anniversary of the establishment of the Lithuanian Armed Forces. The second concerned places connected with the Polish memorials in Vilnius. Mariusz Blaszczak paid an official visit to Antakalnis Cemetery and the Mausoleum of “a Mother and the heart of her son” in Rasos.

Minister Blaszczak also met with the ministers of national defence of Lithuania, Latvia and Estonia. During the meeting, the issues of regional and eastern NATO flank security were discussed. The conditions regulating the permanent presence of the USA army in Eastern Europe were one of the topics discussed.

However, the conclusion of the agreement on cooperation within the new EU security initiative was the key point of the meeting. The Polish minister signed a declaration on the accession to the “Cyber Rapid Response Teams” programme. It is one of several programmes carried out within the Permanent Structured Cooperation (PESCO). The main result of the cooperation within this project is the establishment of teams of rapid response in crises situations. They will allow the member states to obtain mutual help and to provide higher protection against cyber threats. These teams are to be equipped with standardised tools of detecting and moderating the results of cyber threats and cyber crimes. Teams functioning within the project are to conduct training, analyses and attributive diagnostics.

The project aims to integrate the expert knowledge of the member states in the matter of cyber defence. It is not a coincidence that Lithuania is the sponsor and coordinating state of the programme. After 2014, the Lithuanian cyber infrastructure – both private and public – has become a target of many Russian cyber attacks. They resulted in the establishment of initiatives enhancing the potential of cybersecurity.

The Permanent Structured Cooperation (PESCO) within which the project is being realised is an instrument stated in the Treaty of Lisbon. It aims to enhance the cooperation in the matters of security and defence of the EU member states. Nine countries take part in the programme coordinated by Lithuania. Except for Lithuania and Poland, there are also Estonia, Spain, Finland, France, Croatia, the Netherlands and Romania.