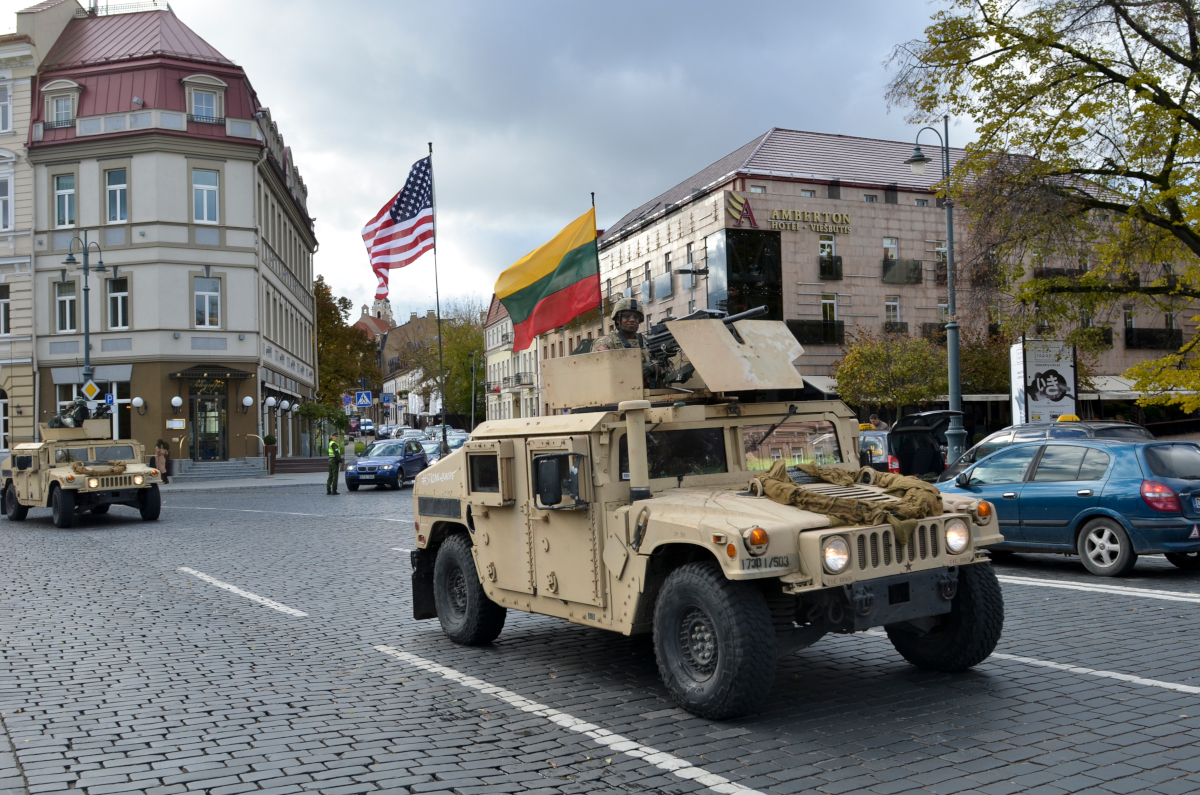 Since the beginning of Russia’s military aggression against Ukraine and annexation of Crimea in 2014, both geopolitical and security situation remains unchanged. Russia keeps developing its intensive militarization on NATO’s eastern borders by deploying tactical nuclear-capable “Iskander -M” missiles of a range up to 500 km. Moreover, Moscow enhances anti-access area denial (A2/AD) capabilities in Kaliningrad while practicing military scenarios against the West, even by using the Belarusian territory for such purposes. The wide-scale offensive drills “Zapad 2017”, which took place in the fall of 2017, recalled possible aggression plans against the Baltic States and revealed Russia’s readiness for further confrontation. Russia’s aggressive and unpredictable behavior poses a real threat to the security of the region and whole Europe.

Given all the reasons above, the Alliance needs NATO to respond adequately to the emerging threats while strengthening its military readiness, defense, and deterrence capabilities. For many years NATO military forces were fielded mostly in Western and Southern Europe, thus according to the outdated Cold War logic. And yet the main conventional threat to the security of the Alliance comes from the East. Russia is capable of launching combat operations in our region in less than 48 hours, as its armed forces are able to generate tens of battalion groups against us within a few days. Therefore, NATO forces and heavy equipment need to be geographically relocated accordingly.

A whole range of specific and long-term military collective defense measures has been implemented over the last two years. Among them is a multinational allied battalion, led by the United States, Germany, the United Kingdom and Canada, deployed to all Baltic States and Poland. They also include a brigade-sized military unit of heavy military equipment that was deployed in Poland to ensure rapid arrival of reinforcement in any country of the region if needed. Allies are committed to facilitating and speeding up military mobility procedures based on both NATO and EU standards. In such a manner, these measures made it possible for us to move from reassurance concept to deterrence.

Russian President Vladimir Putin is a rational actor who counts the costs and benefits. But at the same time, Kremlin is willing to pay a quite high price to achieve its geopolitical aims. Having this in mind, Poland’s pitch for the U.S. to build a permanent military base in that country would significantly increase deterrence against Russia that continues its aggressive policy while providing Poland and other NATO members in Central and Eastern Europe with essential additional guarantees. The U.S. troops would gain a very important position in responding to the situation, both in the region and beyond. This could stimulate synchronization of U.S. and EU activities, which could be improved thanks to the use of infrastructure in Europe, a solution considered as crucial from the military point of view.

Having deployed military forces in Poland permanently, the U.S. could substantially boost its military interaction with Poland at the level of both troops and military units while offering a possibility to take advantage of NATO’s most advanced weapon systems.

The permanent U.S. military presence would give a unique opportunity to develop common training process and exercises , perceived as a partnership between units. But in this case, it is very important that U.S. troops from such a base would not limit their presence to Poland’s territory exclusively and rotate across the three Baltic States instead, especially given their fruitful cooperation with U.S. Army and NATO forces during joint drills over the last few years. Moreover, the movement of allied troops between Poland and Lithuania would undoubtedly bolster the security of the Suwalki corridor, a place where many weaknesses in NATO’s strategy and force seem to converge. In the event of a conflict between Russia and NATO, Russia’s military, which operates from the Kaliningrad exclave and Belarus, could attempt to close the Suwalki Corridor, thus making it impossible for the Alliance as to guarantee security in the Baltic States. It is so important to deploy U.S. forces to the eastern part of Poland to ensure that reinforcement units could reach each of the countries more rapidly.

Thus and so, the permanent presence of the U.S. Army would reinforce the security of all NATO’s eastern flank even more. Lithuania would also welcome U.S. leadership in ensuring regional air defense and joint decisions in response to the military capacities in Kaliningrad, which are able to restrict the freedom of maneuver of NATO forces. Finally, it needs to consider that the permanent U.S. base in Poland would be the first yet not the last step in the deterrence process. This would send a clear message to our allies about America’s unwavering commitment to the region.