Operation Kutschera has been widely analyzed and described in sources. It was just one of many daring attempts the Home Army had made under the lengthy Nazi German[1] occupation of Poland.

[1]Home Army (Armia Krajowa, AK) – a clandestine resistance movement in German-occupied Poland during World War II. It was formed on February 14, 1942 from the earlier Związek Walki Zbrojnej (Armed Resistance) established in the aftermath of the German and Soviet invasions in 1939. Its operations encompassed German- and Soviet-occupied territories of Poland. It constituted the armed wing of the Polish Armed Forces, subordinate to the Commander-in-chief. 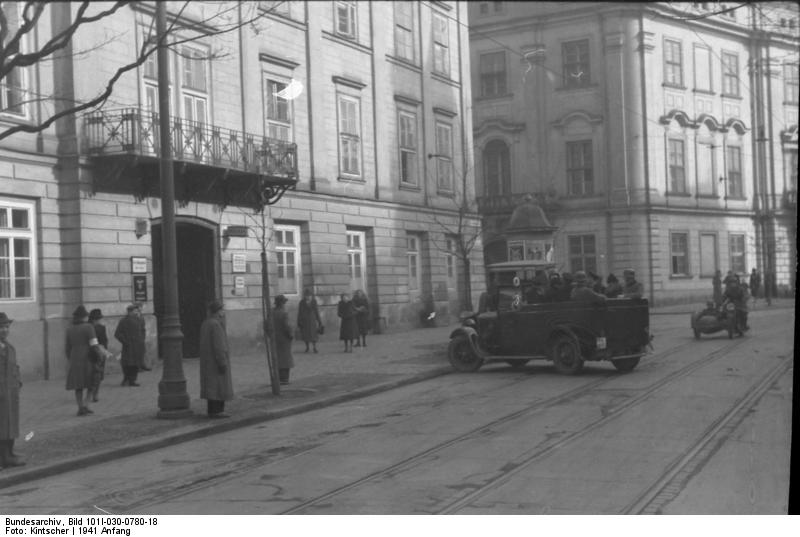 Operation Kutschera was the code name for the successful execution of Franz Kutschera, SS[1] and Reich’s Police Chief in German-occupied Warsaw. The Nazi official was killed on February 1, 1944 in Warsaw upon a death sentence verdict from a Polish underground court. Those given the mission to execute Kutschera were members of the combat-sabotage unit of the Polish underground in[2] Kedyw. Located in downtown Warsaw, Ujazdowskie Avenue is a beautiful boulevard that has seen many throughout history. It boasts indeed a long albeit turbulent history of the Warsaw Uprising when the city was razed to the ground by Nazi German forces. And it was there where brave resistance militants made a deed that they should have done long before. But why should it have happened?

Born in 1904, Frank Kutschera was an Austrian Nazi Party political and war criminal. Kutschera joined the National Socialist German Workers’ Party (NSDAP) in 1930 and the Schutzstaffel (SS) in 1931. His career took off. He was promoted to the rank of SS-Brigadeführer in 1940. On September 25, 1943, Kutschera took office as SS and Police Leader for the Warsaw district of the General Government in occupied Poland. The Poles called him the “Butcher of Warsaw.” Under his direction, the number of roundups of Polish citizens increased substantially. He published daily lists of Polish citizens to be executed should the partisans attack during certain designated blocks of time. These notices were always signed anonymously by the “Commander of the SS and Police at Warsaw District.”

Many might wonder how come he was a war criminal. After all, Kutschera served as a member of the Reichstag, lay judge at the People’s Court, and notable military commander. He was awarded the First and Second-Class Iron Cross. Surprisingly to many outside Poland, how come did a senior German officer commit such atrocities, ordering to kill so many innocent people? Many Nazi criminals long evaded justice; they often enjoyed happy life and lucrative job positions.

Nazi German officers who killed people in Poland (Wola slaughter in Warsaw or ethnic cleansing of the Zamość region) or abroad (mass killings in Babi Yar) would serve as prosecutors, judges, or mayors in post-war Germany. An educated young German woman asked me once how Germany would proceed once deprived of its elites? And I think it is a valid question. How would it be possible to live normally for a nation whose members ordered mass killings of elites of other countries? Now it is easier to find out an answer amid genocide reports in Ukraine’s Bucha or Izyum. Should we let them lead a normal life, no matter what atrocities they have been guilty of? This is an interesting topic for a separate article, though.

The preparations were lengthy and meticulous. The Warsaw whereabouts of Kutschera were closely guarded secrets. However, in December of 1943 Aleksander Kunicki, the chief of intelligence for the anti-Gestapo unit in Kedyw, alongside three other observers happened to spot Kutschera. Kutschera was tried in absentia by a Polish underground court and convicted of the routine mass murder of civilians in Warsaw. His sentence was death. The combat-sabotage unit of the Polish underground in Kedyw was given the mission by General Emil Fieldorf, who went by his nom de guerre Nil.

The first attempt went down on January 28 but had to be scrubbed as Kutschera had left Warsaw at that time. He was gunned down on February 1, 1944 in a special operation by Pegaz, a dedicated Polish resistance special operations unit of the Kedyw. The team consisted of twelve people, mostly Gray Ranks scouts, who operated in four groups. The mission was staged just outside the Warsaw SS headquarters at 23 Ujazdowskie Avenue. Later things went according to plan. As Kutschera approached SS headquarters, an incident was staged with his automobile to immobilize the official’s limousine. Those who approached it were two Polish resistance agents––Bronisław Pietraszewicz “Lot” followed by Zdzisław Poradzki “Kruszynka”. Another hitter, Michał Issajewicz “Miś”, shot Kutschera. The Poles were also targeted by German soldiers who got involved accidently. All Pegaz hitters, including those wounded, got quickly into a car and drove away. The gunfire lasted only two minutes.

Five German people died, including Franz Kutschera, his chauffeur, two German soldiers, and a German police officer killed on the Kierbedz Bridge. Nine were wounded. Two executioners were wounded in the shootout and four of them died a few days later. Nazi German officials were impressed by how meticulously staged the whole operation was. In reprisal, Germans murdered hundreds of innocent Poles and imposed a 100 million złoty tribute on Polish residents of Warsaw and Warsaw County. “The Butcher of Warsaw” yet did not live to see that.

[1]Schutzstaffel (SS), Die Schutzstaffel der NSDAP – a major paramilitary organization under Adolf Hitler and the Nazi Party in Nazi Germany, and later throughout German-occupied Europe during World War II. In 1947 it was banned and formally considered a criminal organization.

[2]Kedyw (Kierownictwo Dywersji, or “Directorate of Sabotage”) was a Home Army unit that conducted active and passive sabotage, propaganda and armed operations against Nazi German forces and collaborators. Founded in 1942, Kedyw conducted a series of sabotage operations until 1944. It was founded by General August Emil Fieldorf, who went by his nom de guerre Nil. Kedyw’s operation targeted notably the General Government (a German administrative unit in Nazi-occupied Poland), police, army, and Nazi German officers in occupied Poland or its territories incorporated into the Third Reich.