Oil and Tanks: Russians Strengthen Their Position in Iraq

New Baghdad government, elected after the May parliamentary ballot, will not have any significant impact on the existing good relations between Russia and Iraq. Instead, it should be expected that the Iraqi army would purchase Russian military equipment while Russian state-owned oil companies will develop their further activities in the country. Recent political events in Baghdad are beneficial above all for Rosneft; the oil giant plans to invest in the autonomous Iraqi Kurdistan region (KRG). The fact that such strongly pro-Iranian forces entered a coalition may be positively received in Moscow: Tehran constitutes one of Russia’s allies while Iran’s new government may limit American influence in Iraq. 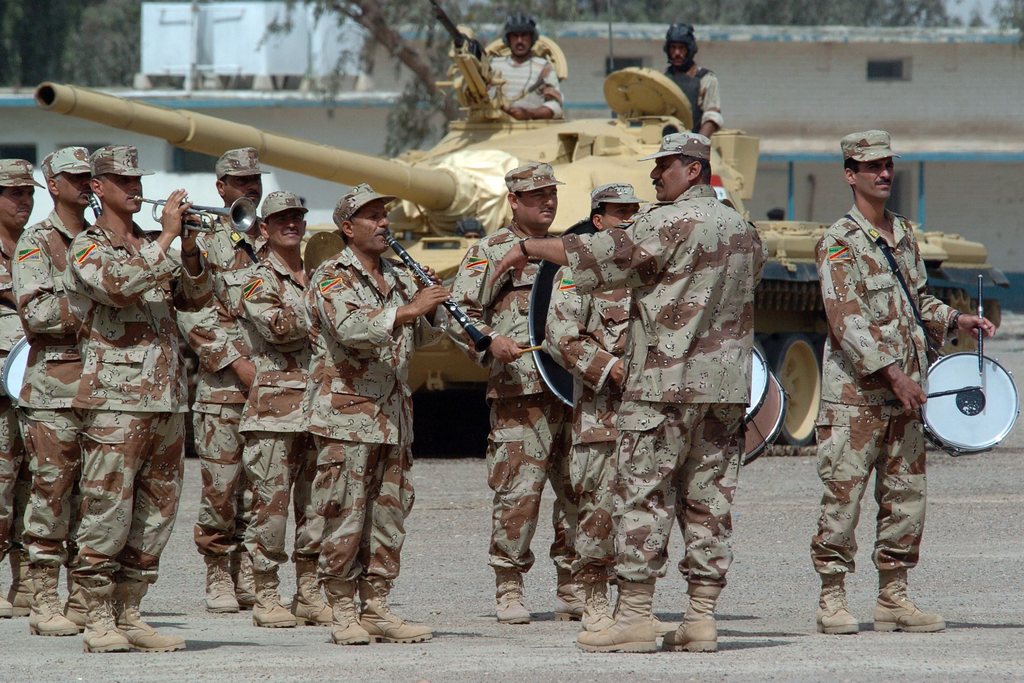 After winning the elections in May, the Sairoon Alliance, led by Muqtada al-Sadr, was forced to seek a coalition partner in order to security a majority and form a government. For many, it came as a surprise when pragmatic Sadr’s supporters unexpectedly formed a coalition with the pro-Iranian Fatah Alliance (led by Hadi al-Amiri). This is good information for Russia; nonetheless; most Iraqi political forces, regardless of their ideology and program, claim that the fact of including Russia in their foreign policy brings a lot of benefits. Such a situation is not likely to pose any political threat, as the Russian influence in Iraq seems rather limited. In addition, Moscow constitutes quite a useful partner in both energy and military-technical cooperation. At the beginning of June, the authorities in Baghdad announced that Iraq had received 39 Russian T-90 battle tanks; they also added that Russian specialists trained Iraqi soldiers how to use new equipment. The tanks will be taken by the 35th Brigade of the Iraqi Army’s 9th Armored Division. Russian T-90s are supposed to replace its M1A1M Abrams main battle tanks. Now, the latter will be transferred to other military units. Until now, the role of the main liaison between the Sadr’s milieu and the Russian authorities in Moscow was assured by the head of Iraq’s parliamentary committee on security, Hakim al-Zamili. So when Russia’s new ambassador in Iraq, Maxim Maximov, arrived to Baghdad in 2017, during his meeting with Zamili, he heard some praises of Russia, especially for supporting Iraq in its fight against Islamic State. In February this year, al-Zamili mentioned that Iraq would like to acquire the S-400 missile system.

Such rapprochement between the two countries has been caused by the presence of Russia’s oil companies Gazpromneft and Lukoil on Iraq’s largest oil fields. However, Russia’s state oil major Rosneft wants to play the main role. On May 23, the company announced that its subsidiary Bashneft International BV discovered a new oil deposit in southwestern Iraq. However, its main area of activity is mostly limited to northeastern Iraq so it coincided with the territory of the autonomous Kurdish region. Due to deals concluded with its government, Rosneft is now the largest oil company in Kurdistan. The Russians spent a lot of money on purchasing oil, exploiting deposits and controlling oil pipelines that connect the Iraqi Kurdistan with Turkey. Such activities met with a strong opposition from the Baghdad government as it claimed the right to a decisive vote on oil exports from the autonomous Kurdistan region. And he managed to get his own way; in the autumn of 2017, a rapid military operation carried out by the government forces made the Kurds forget about their dreams about both political and economic independence. On May 25, Rosneft and the KRG signed a new deal to build a pipeline and thus develop the region’s oil and gas infrastructure. So the Russians took advantage of a perfect moment; at that time, the negotiations on the creation of a new Iraqi government were in progress while the Kurds played an important role in these talks. Additionally, Rosneft has assumed the role of a mediator in a dispute between Kurdistan and the central authorities in Iraq. The government of the autonomy supported a new deal with Russia because the Iraqi Kurds feel betrayed by the West over the September 2017 referendum on independence. Thanks to its cooperation with the KRG, Rosneft gains a huge advantage over Western companies in the fight for Kurdish energy resources. However, Moscow must act carefully in order not to deteriorate its mutual relations with Bagdad, especially after the government change. The pragmatism of al-Sadr will indicate, however, that the Iraqi-Russian cooperation will be continued or even expanded.