The Nuances of Iranian Politics

When describing Iranian politics, it is impossible to ignore one of its most controversial elements – the Guardian Council. The 12-member Council is a team of lawyers – half of its members include clergy who specialize in religious law and who are, of course, appointed by the rahbar. The other half are specialists in “secular” law, nominated by the Supreme Judicial Council and appointed by the Majlis. 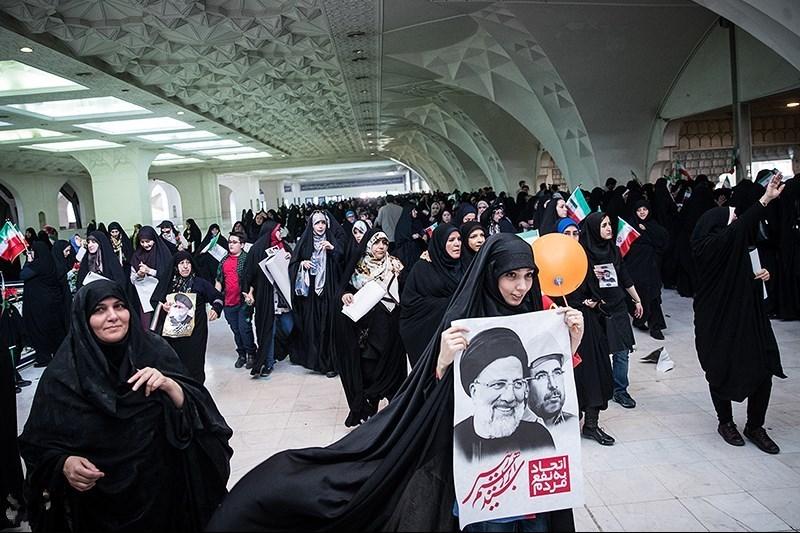 In practice, the Council performs the role of a constitutional and a religious tribunal (as Islam is enshrined in the constitution), although some scholars erroneously regard this body as a quasi-higher house of parliament. If the majority of the Council deems certain law unconstitutional, or if the majority of the Council’s clergy deem a document to be against the Sharia Law, then the Council rejects it in its entirety or returns it to the Majlis with amendments and for reconsideration. In addition, the Council oversees the conduct of elections and confirms their validity. However, its most important (and the most controversial) responsibility is to approve (or reject) candidates for every state elective position – including the office of president. Over time, the Council chaired by Ayatollah Jannati has been gaining more and more influence. Now, his environment is suggesting that representatives of the Council should be present in the committees that prepare the draft laws.

Another typically Iranian body, whose very existence is overlooked in political science analyses and the role of which is not even mentioned there, is the Expediency Discernment Council of the System. It was established in 1988 when a dispute between the Majlis and the Guardian Council proved impossible to resolve within the framework of existing legal arrangements. Faced with an impasse, then-rahbar Ayatollah Khomeini ordered to form of a body whose duty would be to mediate disputes between the two institutions. Today, the Assembly serves as an advisory body to the rahbar, making it one of the most influential institutions in the country. It has about 40 members (not all vacancies are filled on an ongoing basis). It includes, ex officio, the president, the chairman of the Majlis, the Chief-of-Staff of the Armed Forces and the head of the parliamentary committee of those “embroiled” in the dispute, as well as the head of judiciary. The remaining members are appointed by the rahbar.

Despite numerous signs of rahbar’s authoritarianism and clannishness, both behind-the-scenes and official rivalries among the various political factions significantly influence the formulation of domestic policy. Since the system is based on the velayat-e faqih doctrine, most of Iran’s state institutions are relatively weak. Thus, family-business ties and ideological interdependence have an additional importance. Consequently, the formal system of policy formulation is often devalued or overlooked in favor of an informal power structure based on factions. However, what is worth emphasizing yet again, parliamentary and presidential general elections still determine the dynamics of Iran’s political scene.

The Majlis has a fairly strong influence on the executive branch through its powers over the budget law (which it can approve, reject, or propose amendments to), the ability to grant or refuse the vote of confidence for the entire government and individual ministers, as well as issue parliamentary questions and inquiries, to which the government is obliged to respond. Despite these tools, to date the Majlis has not been able to assume the political position envisaged for it by the authors of the Constitution. Its role is undermined by internal political dynamics, in particular the lack of well-established parties and ad hoc flip-flopping of MPs, caused by disputes over priorities. MPs from larger cities were mainly concerned with general political, economic, and cultural issues, while deputies from smaller cities were more interested in obtaining government funds for the development of their districts. The executive branch was often reaping the rewards of this phenomenon. Powerful presidents, such as Rafsanjani and Ahmadinejad, often treated parliament as an unnecessary nuisance and tried to devalue it, further eroding its importance. However, already Khatami and Rouhani, who lacked the influence of their predecessors, have been forced to respect the votes of MPs, even if the majority was held by parties that supported their policies.

At this point, it is worth to analyze the common mistake of the media which equate the so-called “liberals” and the “opposition” (implicitly an anti-system, not an anti-government one), and the subsequent recognition of “liberals” as a group that is against the system created on the ideological foundation of revolution and velayat-e faqih. Meanwhile, until the last parliamentary elections, the “opposition” was formed by the so-called “conservatives” and “radicals.” In terms of Iranian politics, the very term “opposition” needs to be clarified. The country’s political scene is structured in such a way that it effectively excludes the involvement of people critical of the system. Open criticism of the velayat-e faqih doctrine is in fact impossible without the risk of being thrown out of politics, and, in extreme cases (or if somebody’s name is well-known) is associated with a potential house arrest, imprisonment or forced emigration – not to mention more brutal ways of resolving doctrinal disputes. Members of outlawed parties usually form new political organizations after reshuffling and reorganizing. The fiercest anti-system opposition operates abroad and is centered around the People’s Mujahedin (monarchists) and the Tudeh Party (communists). Neither of these organizations has support that is greater than the margin of error in Iran.

Despite these nuances, it is common to label Iranian politicians on the basis of their fragmentary statements, using Western nomenclature, ignoring their affiliation and the context in which they operate. One can get an impression that the main indicator of certain politician’s views for the Western media, is their opinion on interpretation and implementation of human rights in general, and women’s attire in particular. This is the basis for the (mostly inaccurate) distinction into “conservatives” and “liberals.” Unfortunately, under Iranian conditions, these two labels are very misleading. As mentioned earlier, there is no room for liberalism in its Western sense on the Iranian political scene, which is taken care of, among others, by the Guardian Council. This does not mean, however, that the Iranian political scene is set in concrete or that it resembles party monoliths, known from communist countries. On the contrary, it is a vital organism. The best evidence of this is the evolution of political parties and factions.