Russia’s biggest private gas producer has for years been seen as the one from where even Vladimir Putin could reap benefits. As a private firm, Novatek does not have to follow the same transparency rules as state-run giants. A key businessman in the company is Gennady Timchenko whom the Russian leader met back in the 1990s. It seems that the Kremlin has chosen Gazprom as a key piped gas company while Novatek will emerge as the country’s number one liquefied natural gas producer. 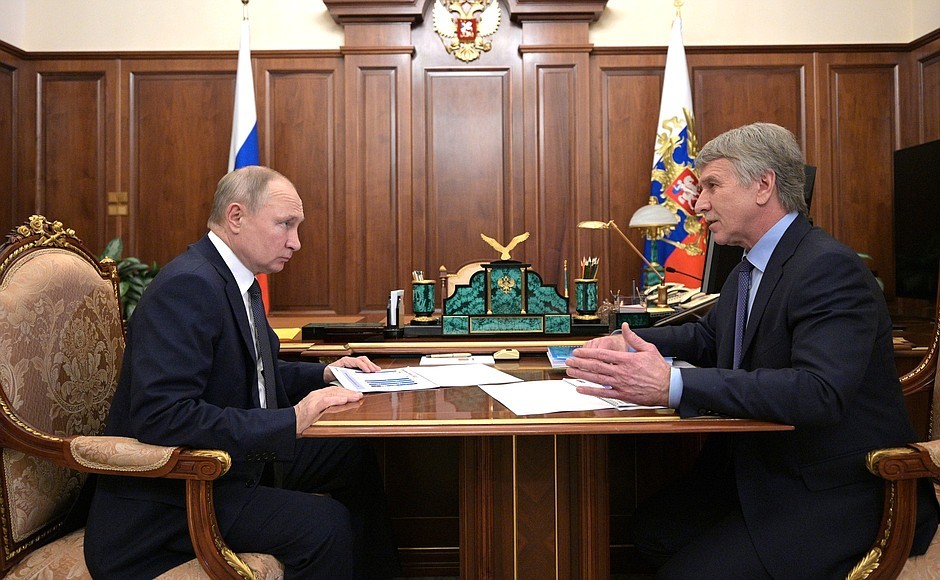 Leonid Mikhelson, the CEO of the private company Novatek, has friendly ties with the Kremlin. Vladimir Putin has for years asked state authorities to favor the company in which Gennady Timchenko, billionaire tycoon and “Putin’s treasurer,” still occupies a vital role, albeit informally. Year by year, Novatek is slowly but steadily taking a piece of the Russian gas market from Gazprom. It has a way stronger position for LNG exports, too. With Putin’s decision, Gazprom lost its monopoly on gas exports, albeit so far only for liquefied natural gas commodities. Over the last years, the natural gas producer has obtained a significant number of license areas across the country and started the development of huge new projects, mostly in the Arctic where Novatek is now developing its flagship Yamal LNG and Arctic LNG 2. By 2023, the first train of the Arctic LNG 2 is due to be up and running. Novatek now produces some 5 percent of liquefied natural gas across the globe. And by 2035, the Russian LNG production is to reach 140 million tons, which will make the country a world leader in the field. In their meeting on May 17, Putin cherished Novatek for the company’s results, saying these go along with some Kremlin-advocated projects, also to develop the Northern Sea Route. Putin also praised Novatek for its “serious contribution to the development of green energy” and offered his full support to the company’s plans to build a network of LNG filling stations across Europe. According to Mikhelson, about 2,000 tons of LNG is now every month delivered to filling stations abroad, notably in Poland and Germany. LNG filling stations are also being built in Russia. Truck manufacturer KAMAZ is now reportedly building a big number of engines and vehicles that can operate with liquified fuels.