Gazprom’s big infrastructure projects are another way of transferring state funds to the pockets of Vladimir Putin’s friends. It is not the first time when geopolitics (understood as the desire to seriously harm the rebellious Ukraine) serves to conceal Russia’s kleptocracy. As in the case of the organisation of the Sochi Olympic Games or the construction of a bridge on the Crimea, implementing Nord Stream 2 and Turkish Stream projects seems to be extremely profitable for subcontractors, mostly companies belonging to people from Putin’s inner circle. The financing is provided by state-owned banks (and therefore the Russian taxpayer’s money is guaranteed) as well as Western companies. 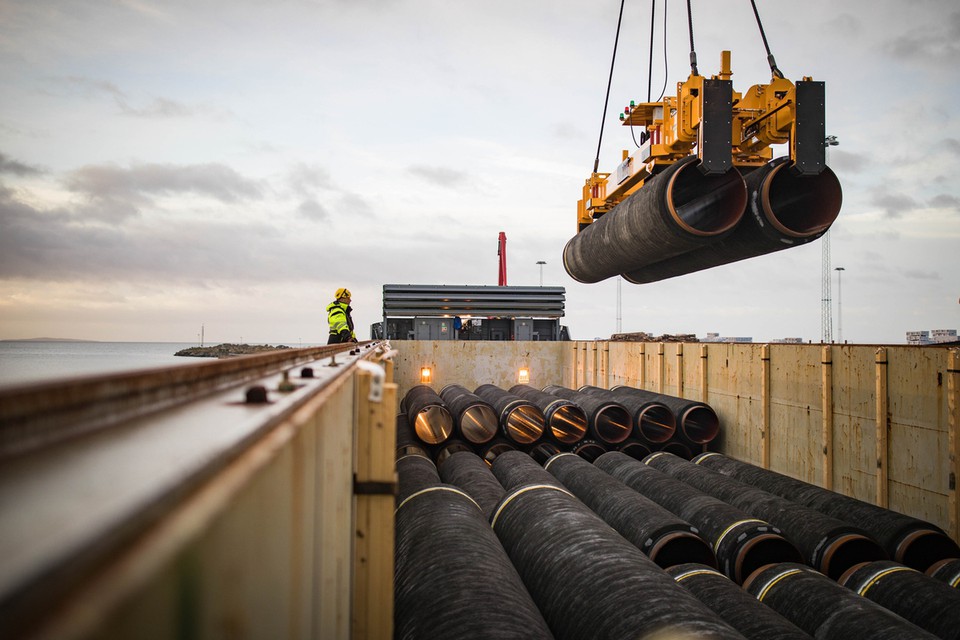 Such speculations have been officially confirmed by a report published by analysts from Sberbank. They have already been fired whereas CEO of Sberbank, Herman Gref, apologised to Gazprom’s president Alexei Miller for unfavourable theses conveyed in the report. But that ship has sailed. The report intended for Gazprom customers has been sent to a wide range of recipients.

According to analysts of Sberbank, the cost of the Turkish Stream project has been estimated at 21 billion dollars and the investment will achieve profitability even in 50 years. The cost of Nord Stream 2 will amount to 17 billion dollars; however, the investment will not pay back in 20 years. Gazprom’s actual losses due to both projects were reported by Sberbank CIB at 17 billion dollars. Nevertheless, both investments provide lucrative contracts to the friends of the Russian president. The implementation of both projects will be most profitable for construction and insurance companies controlled by Arkady Rotenberg (known as “the king of Russia’s state procurement”) and Gennady Timchenko. The latter, referred to as “Putin’s cashier”, is a businessman who cares about investing and trading funds owned by the president. So it is very likely that the implementation of such projects as Nord Stream 2 and Turkish Stream will bring some profit to Mr Putin himself.

This financial aspect turns out to be decisive for the construction of gas pipeline projects, the more so as it is already known that the main goal both Gazprom and the Kremlin have set for themselves in the construction of these gas pipelines will not be achieved. It is impossible to withdraw from the transit of gas through Ukraine even if the Russians start gas pipelines that would possibly bypass their neighbour. Both transport through Nord Stream 2 and Turkish Stream will not manage the entire export of Russian gas to Europe unless it decreases by as much as 20 percent compared to 2017. According to the authors of the Sberbank report, Gazprom will have to transport up to 39 billion cubic meters of gas annually along this trail. It is significantly less than at present, but it means that the Russians will be forced to negotiate a new transit agreement with Kiev. They cannot give up this export route to Europe, which clearly puts them in a worse negotiating position. Therefore, the Ukrainians can at least partially compensate for a smaller amount of transported gas through their pipelines with higher transit fees.