As the likelihood of a new nuclear deal treaty with the Islamic Republic of Iran looms closer, the European Union is anticipating the entry of Iranian energy into global markets. The initial Joint Comprehensive Plan of Action (JCPOA) agreement negotiated in 2015 fell apart when the United States unilaterally withdrew in 2018, causing Iran to walk back on agreed points. 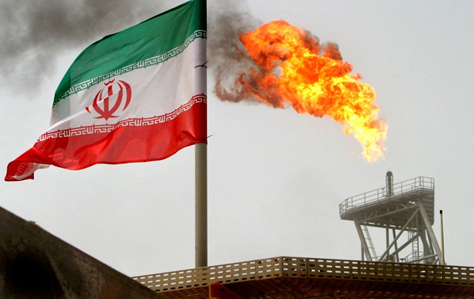 After more than 18 months of back-and-forth multilateral negotiations between Iran, the United States, and the European Union, the prospects of brokering the return of the JCPOA deal is closer. A huge step forward was Iran’s decision to formally drop the demand for the Islamic Revolutionary Guard Corps (IRGC) to be removed from the U.S. list of terrorist organizations. The decision follows the EU’s latest proposal which would kill two birds with one stone: soften Washington’s sanctions against the IRGC, whilst giving Tehran the opportunity to leave behind a dispute with the International Atomic Energy Agency (IAEA) over undeclared nuclear sites that were discovered in 2019. A deal would ultimately lift sanctions against a number of Iranian banks and businesses, in exchange for reducing Iran’s nuclear program. The deal would also mean Iranian energy will be able to enter the global markets, at a time when the EU is rushing to diversify imports.

Why does the EU need Iranian oil?

In response to the Russian invasion of Ukraine, the European Union has adopted 7 – more precisely 6.5 – sanctions packages. The sixth package – the most debated and negotiated of all – sanctions the import of crude oil and refined petroleum products from the Russian Federation, and extended the exclusion of additional Russian banks from the SWIFT system. The import of Russian crude oil will be phased out over a period of six-month, and over an eight-month period for other refined petroleum products. Member states, such as the Czech Republic, Hungary, and Slovakia – were given a temporary exclusion from the ban as crude oil can only arrive via pipelines. Furthermore, Bulgaria and Croatia have also been given a temporary exclusion for the purchase of imports transported by sea. All this means that by the 5th of December 2022, the EU will have a partial ban on the import of Russian crude oil (5th of February 2023 for refined petroleum products), leaving a gap that needs to be filled. A return of Iranian oil to the European energy market could fill some of this gap.

What the EU is hoping for?

Iran’s crude oil is of comparable grade and quality to that of Russia, therefore it may be used as an alternative. In fact, following the JCPOA deal in 2015 a number of EU members, for example Greece, Italy, and Spain have imported oil from Iran to diversify imports. A deal concluded would return Iranian oil to European energy markets, meaning EU is once again able to conduct such purchases. The embargo on Russian crude oil, which takes effect on the 5th of December 2022, will remove around 2 million barrels of oil each day. Iran could first export around 1 million barrels per day to the bloc, replacing a portion of the Russian oil. Any partial filling of the gap would give the EU a relief. As the phasing out deadline of Russian crude oil is approaching, the EU is eager to finalise an agreement as soon as possible. However, if a deal is not concluded before then, the EU may need to postpone the full implementation of the ban until alternative imports can be secured.

What would restarting oil exports to the EU mean for Iran?

Iran – with the fourth largest oil reserves in the world – could use the resumption of the JCPOA to ramp up the production and export of oil. The agreement would allow Iran to sell oil to countries where exporting to was previously prohibited. It is crucial to note, however, that Iran is already exporting oil to a number of nations, including China, its largest consumer. A nuclear agreement, therefore, would allow Iran to sell to the EU, where its crude oil would replace a portion of the Russian oil. Exporting to Europe would not only increase revenue for the country, but also diversify the destinations of exports. Iran is currently primarily exporting to Asia, whose market has recently seen increased rivalry for customers due to an increase in shipments of discounted Russian oil. Iran’s focus on European exports, therefore, would also assist the country in responding to the competition in Asia. Exporting crude oil to a market in desperate need of imports, and with limited competition among importers.