Latest issue of the “The Warsaw Institute Review”

Published on September 21, 2018, the sixth issue of the Warsaw Institute Review – an English-language quarterly about Poland and the Central and Eastern Europe region – is regularly delivered in its prestigious printed edition to world’s top 1,300 research, analytical and expert centers. 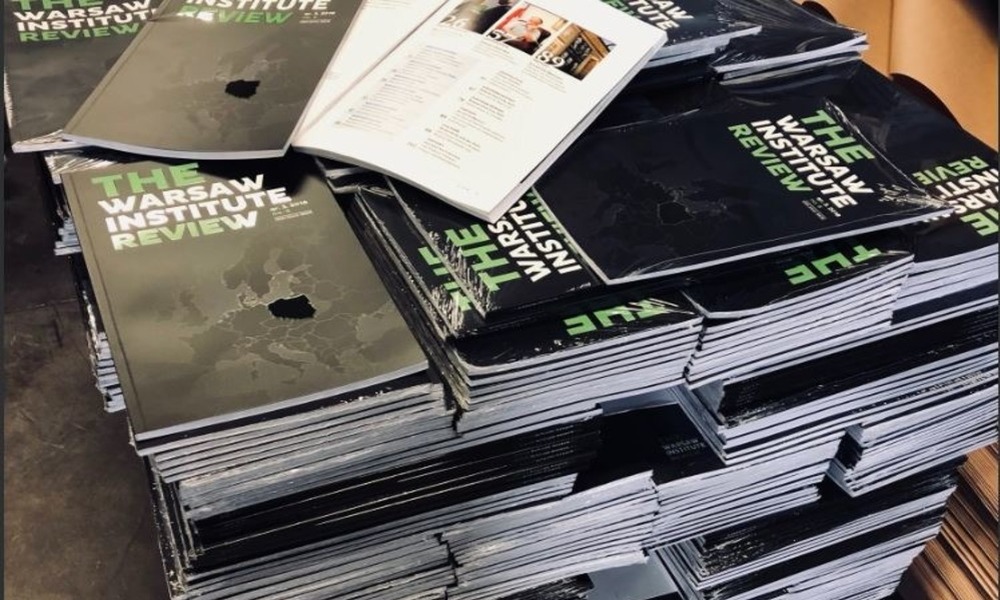 The latest edition contains texts by the following authors as:

• Grzegorz Kuczyński – director of Eurasia Program of the Warsaw Institute Foundation, expert in Eastern affairs, author of the books: “Jak zabijają Rosjanie. Ofiary rosyjskich służb od Trockiego do Litwinienki” [How Do the Russians Murder. Victims of the Russian Services: From Trotsky to Litvinienko] and „Tron we krwi. Sekrety polityki Kremla. [Throne in Blood: Secrets of the Kremlin’s Policy]

• Tomasz Grzegorz Grosse – expert in European affairs, political scientist and sociologist, professor at the University of Warsaw, head of the European Union Politics Department at the Institute of European Studies of the Faculty of Political Science and International Relations,

Grzegorz Kuczyński analyzes the geopolitical situation of Europe and the world while taking into account the contemporary relations between the United States and Germany, which – in his opinion – exert a key influence on shaping the current balance of power in international politics. Professor Tomasz Grzegorz Grosse discusses Europe’s current situation in Europe; he focuses mainly on its political, social, and economic dimensions. The issue of the “new European order” is thoroughly examined by Krzysztof Rak while Katarzyna Utracka deals in her article with the preserving memory of the Warsaw Uprising, pointing to some little known elements of Poland’s history.

The magazine includes many other articles, including an essay by Dr Mariusz Klarecki who described instances of the looting of the Polish art collection during the first months of the Germany occupation of World War II, as well as a text by Professor Piotr Kwiatkiewicz about the dynamics of demographic changes in the Near and Middle East and their impact on the migration to Europe. An interesting text by Pawel Ozdoba was devoted to the foreign policy of the late President of the Republic of Poland, Professor Lech Kaczyński while the article by Dr Robert Rajczyk concerned essentially the current internal affairs of the Republic of Moldova as well the state’s external environment that keeps affecting its further shaping.

ARTICLES FROM THE WARSAW INSTITUTE REVIEW